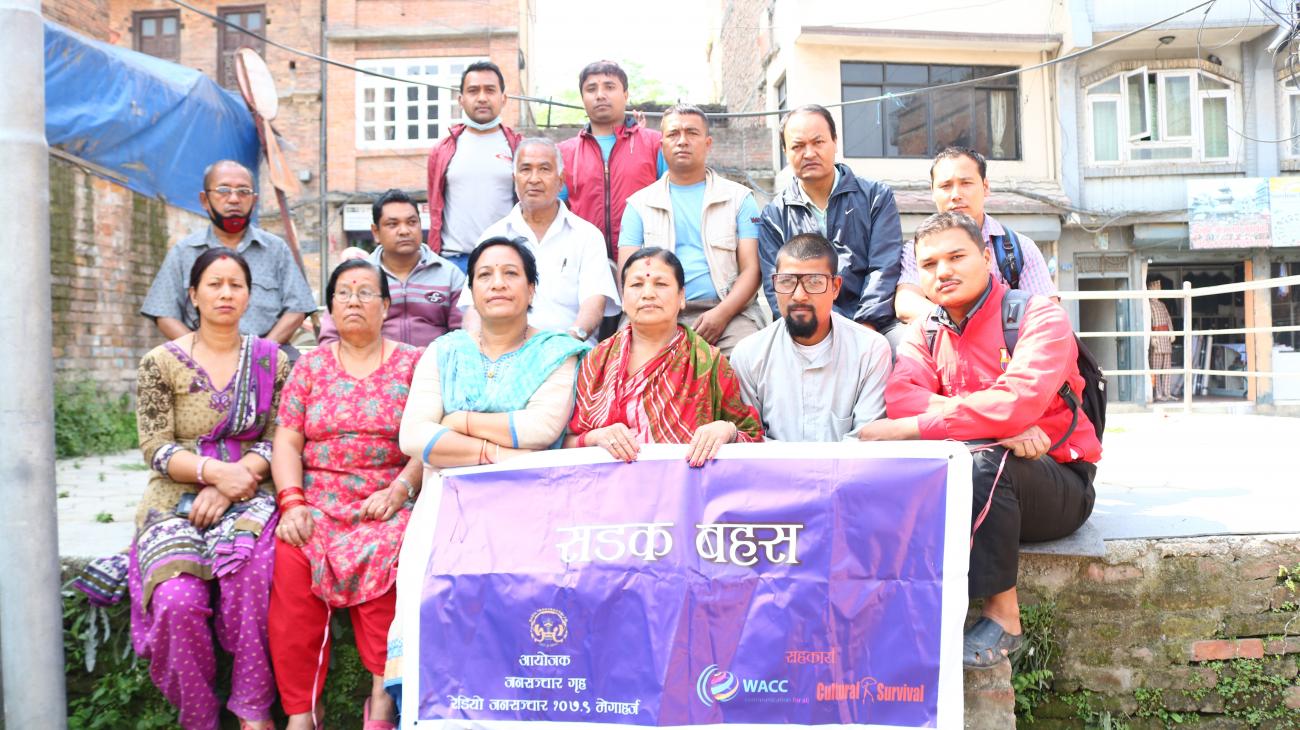 The Newar Indigenous Peoples in Kathmandu, Nepal, who have battled for over seven years for justice against an illegal road expansion, finally achieved a victory in their legal fight against the government. On June 30, 2018, the Supreme Court of Nepal issued a judgement directing the government to compensate the concerned landowners and conduct road widening only with the consent of the local people impacted. Following the judgement, National Human Rights Commission asked the government to comply with the legal procedure and immediately ensure the rights of Newar Peoples to their land and territories.

“The triumph is also because of public awareness about their rights secured in international law and advocacy to the concerned authority,” says Suresh Prasad Sayanju, station manager of Radio Janasanchar, one of Cultural Survival’s Community Media Grant Project partners. With a grant from the Project, Radio Janasanchar, a community radio station established in 2009 by a group of Newar communities, organized 20 public debates about the impact of the road expansion and also produced and widely broadcast radio documentaries. 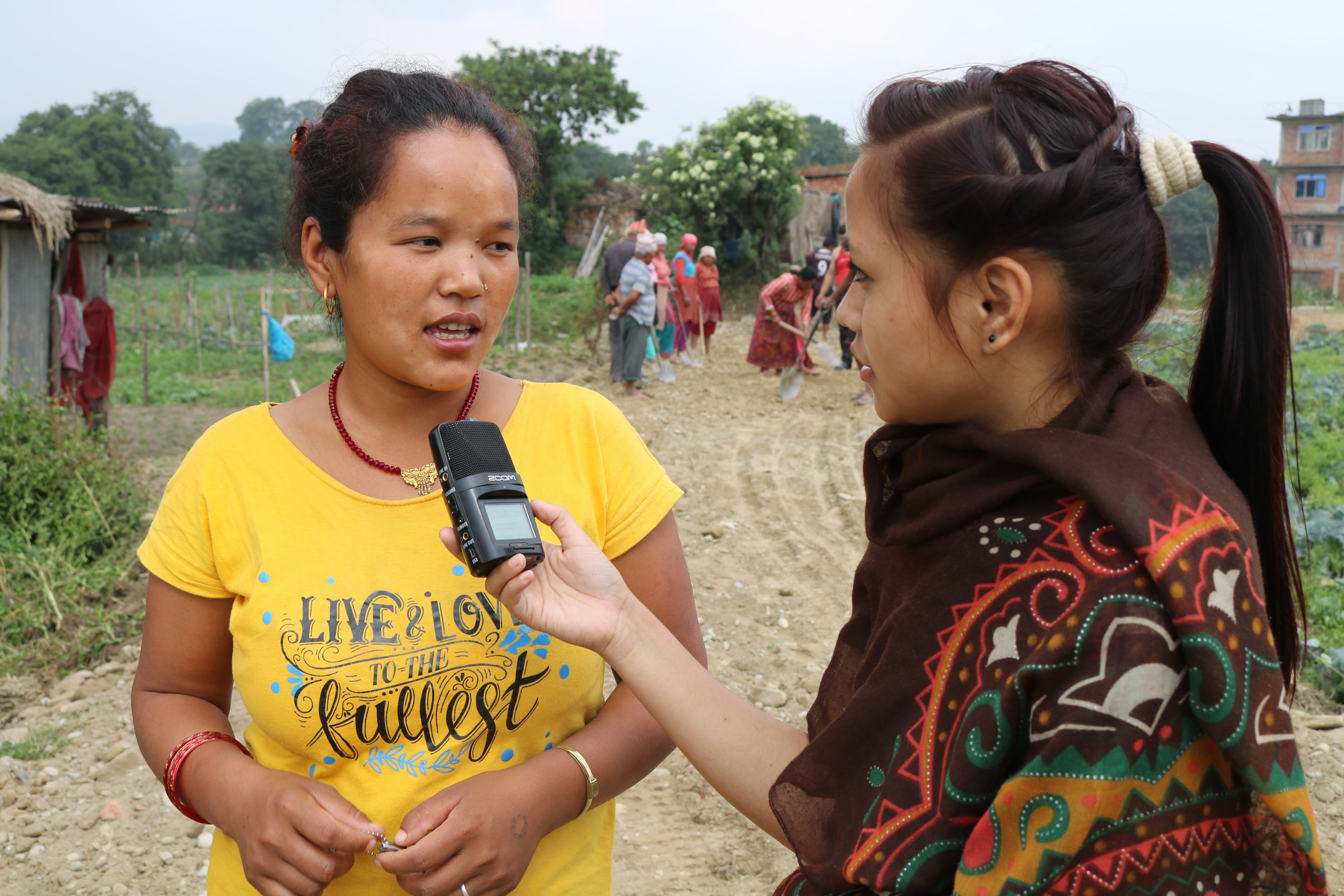 According to Sayanju, the debate organized by Radio Janasanchar complemented the efforts to overcome the struggles of Newar communities. Their effort also prompted Newar members to organize themselves into a committee and put pressure on the government to respect the right of the Newar community to development.

Development projects in Nepal are often conducted by state and private entities on the lands and territories of Indigenous Peoples and are planned and constructed without obtaining Free, Prior and Informed Consent and without meaningful participation in the decision making process by impacted communities.

“The road expansion was against the principle of the self-determined development of Indigenous Peoples,” says Advocate Shankar Limbu, who was one of the leading advocates at Lawyers Association for Human Rights of Indigenous Peoples (LAHURNIP), who took up the case against the road expansion and who compelled the Supreme Court to direct the stop to displacement by the project. 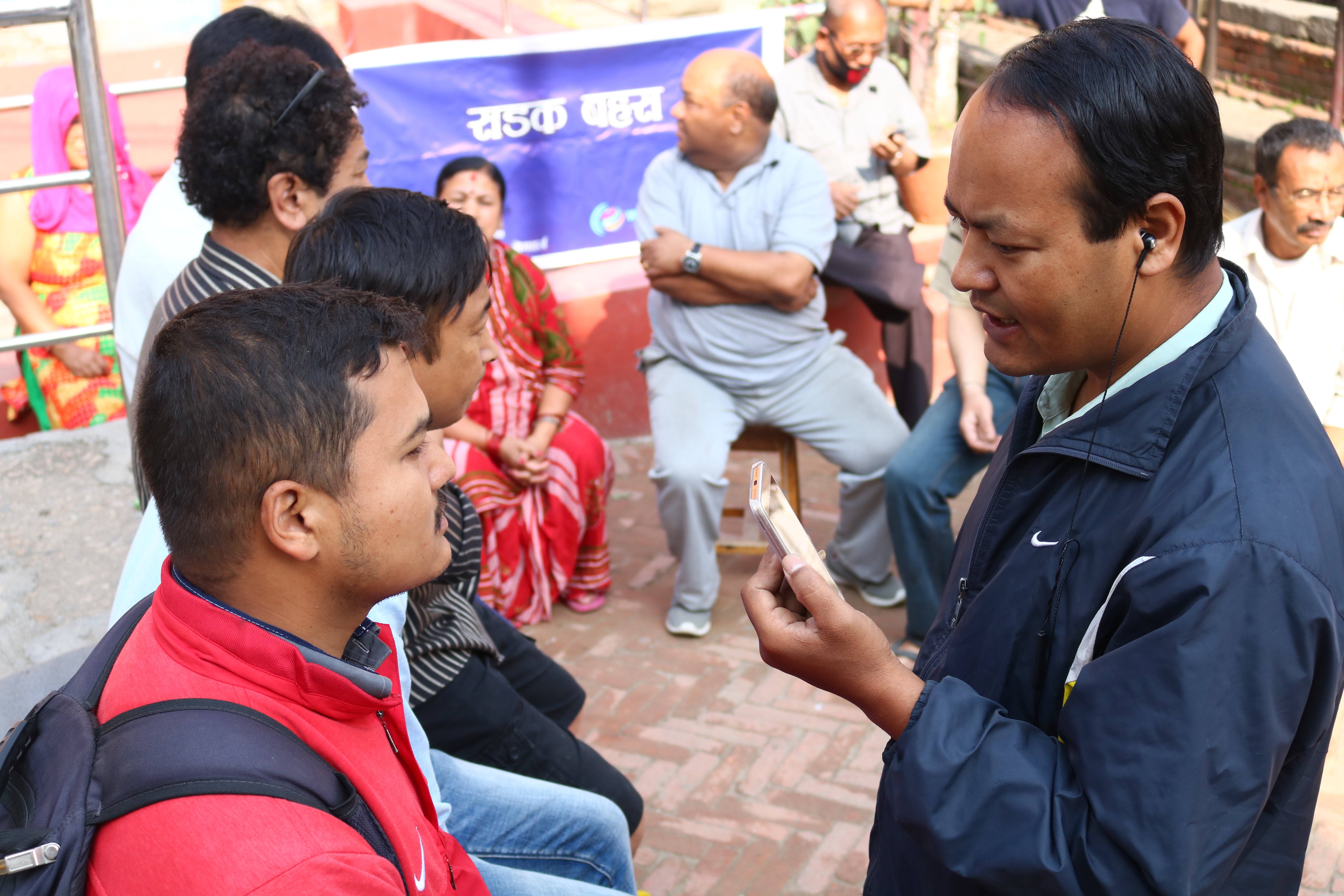 According to Limbu, the road expansion across Kathmandu Valley was done illegally, without giving prior information and without paying fair compensation to those impacted. It is estimated that over 150,000 people have been displaced from their land, and about 90 percent of them are Newar Indigenous Peoples, who were forced out of their homes and off their lands.

In 2011, the government initiated the road expansion drive in the Kathmandu Valley to address traffic congestion. In an 8-year period, a total of 999 km of roads were widened. The road expansion added misery to the lives of many locals, making some places look like a war zone. Authorities bulldozed individual houses including heritage structures like temples. Authorities did not consider it necessary to consult with the affected communities. Many were evicted forcibly, many suffered mental illness and some even committed suicide, as they lost all their belongings and faced grave realities. 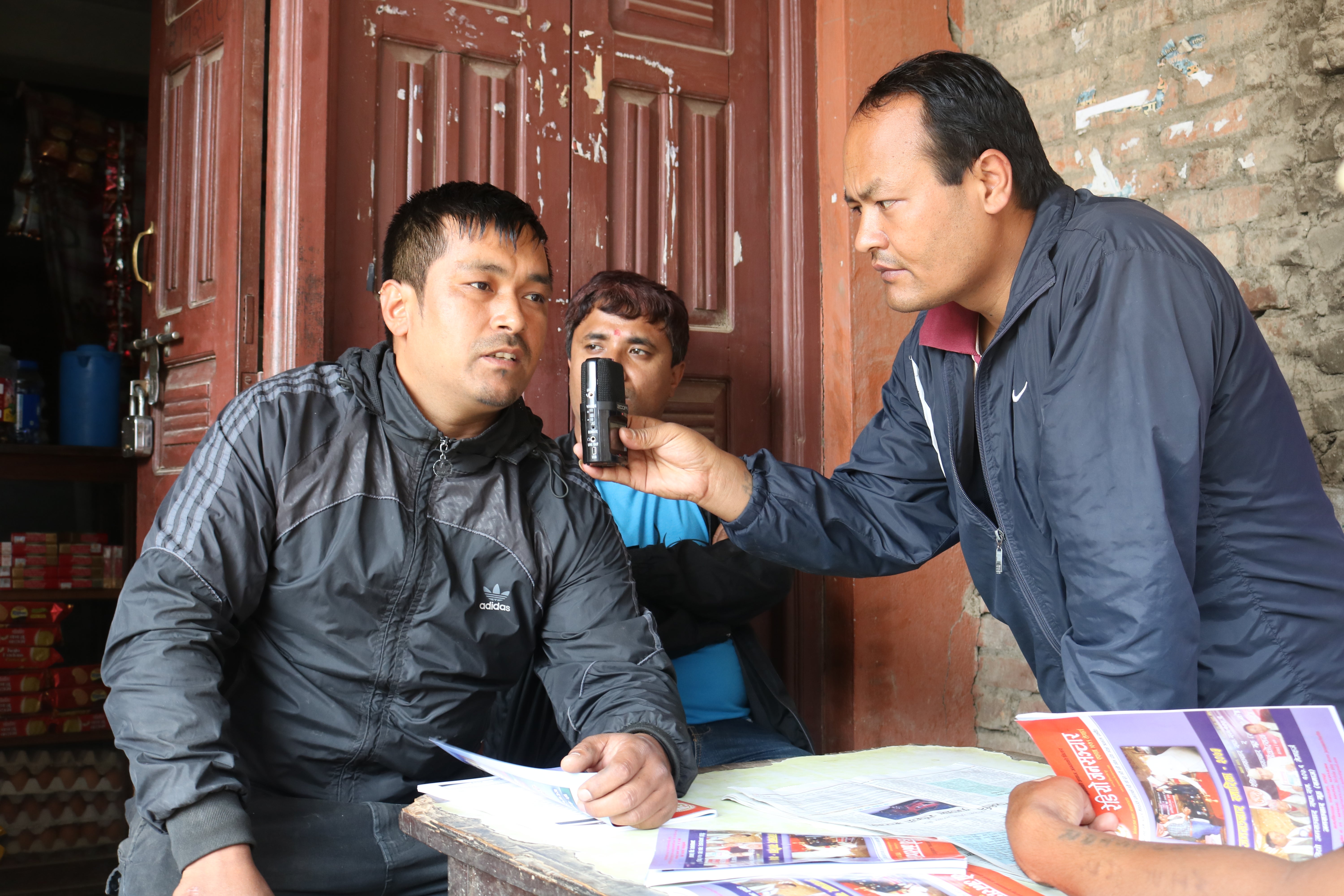 Newar communities then undertook continuous street protests, filed litigation in courts and judicial bodies and also in with various UN mechanisms, citing the government’s failure to conduct meaningful consultation and pay proper compensation to the victims.

Nepal is party to ILO Convention no. 169 and has endorsed the UN Declaration on the Rights of Indigenous Peoples (UNDRIP), two major international legal guiding procedures for governments in undertaking development projects on Indigenous lands and territories. Both the international laws require the government to obtain the Free, Prior and Informed Consent of Indigenous Peoples before carrying out a project that could potentially affect their lifeways and livelihoods. In this case, neither were the Newar consulted, nor were they provided information beforehand, nor given fair compensation.

Road widening was also undertaken against national legal provisions. Article 3 of the  Environment Protection Act of 1986 clearly requires  environmental impact assessments to be conducted prior to undertaking any development projects and requires plans to address or mitigate impacts on the environment caused by development works. Article 27 of Nepal’s new Constitution from 2015 guarantees the right to live in a healthy and clean environment, also Article 30 ensures the right of individuals to have access to any information affecting them. The Local Governance Act of 1999 ensures the meaningful participation of Indigenous Peoples in the decision making of any development being undertaken on their lands and territories. 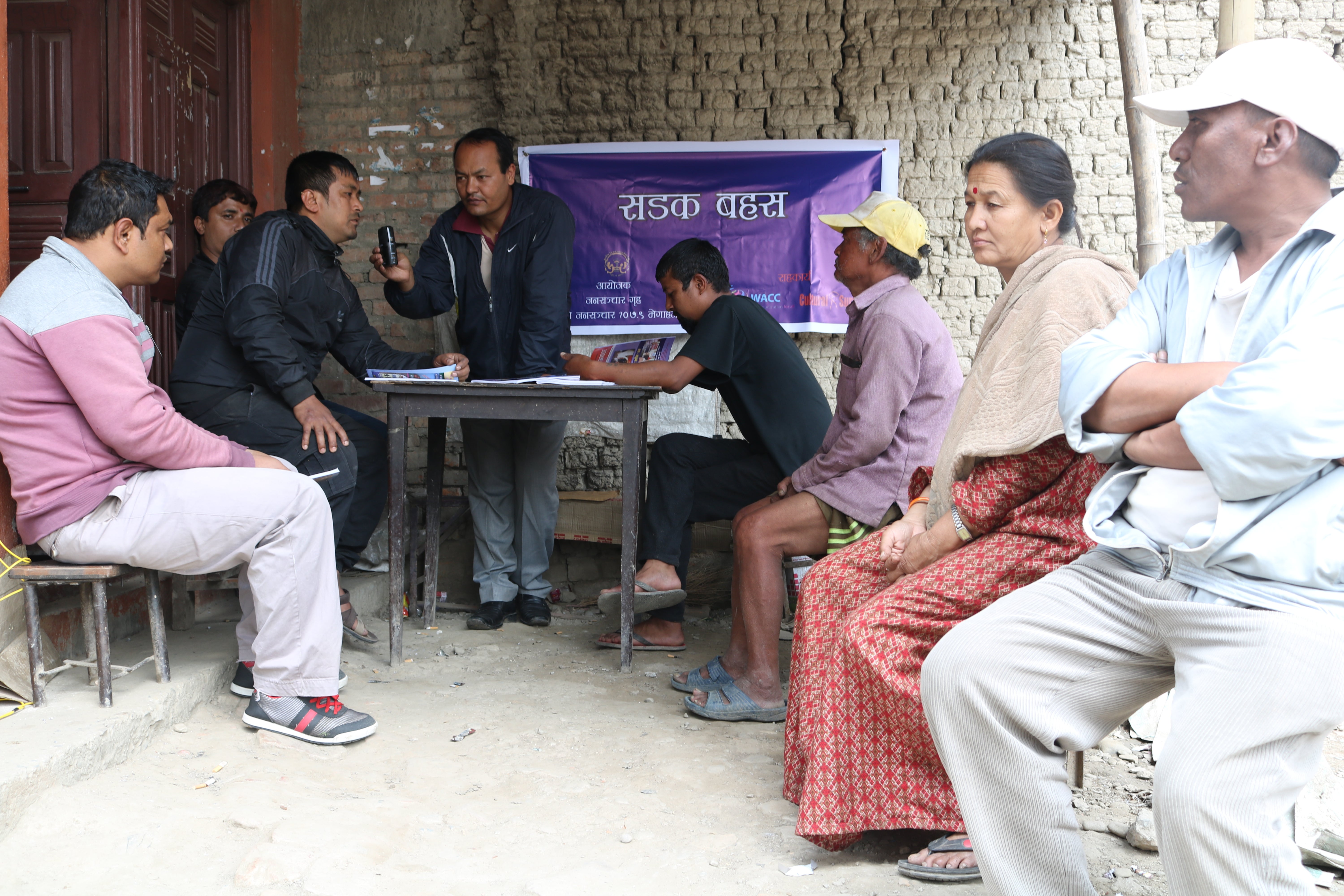 The Newar, who are one of the 59 Indigenous Peoples recognized in Nepal and are original inhabitants of the Kathmandu Valley, are not against the development. They are aware that wider roads eventually benefits them as well, as it will increase the value of their land. They are protesting because the road expansion was carried out haphazardly, without Free, Prior and Informed Consent, without assessing its social and cultural effects and had no plans to address them, and did not involve the impacted communities in decision-making processes.

“We are not against the development. The development is meant for empowering people,” says Suman Sayami, coordinator of Kathmandu Valley-wide Struggle Committee, “the road expansion drive in Kathmandu Valley has destroyed our houses, temples, heritage sites haphazardly.  Government has never consulted with us or gave us any information in regards to the road expansion.”

The proper implementation of the landmark judgement by the Nepalese government is yet to be seen.