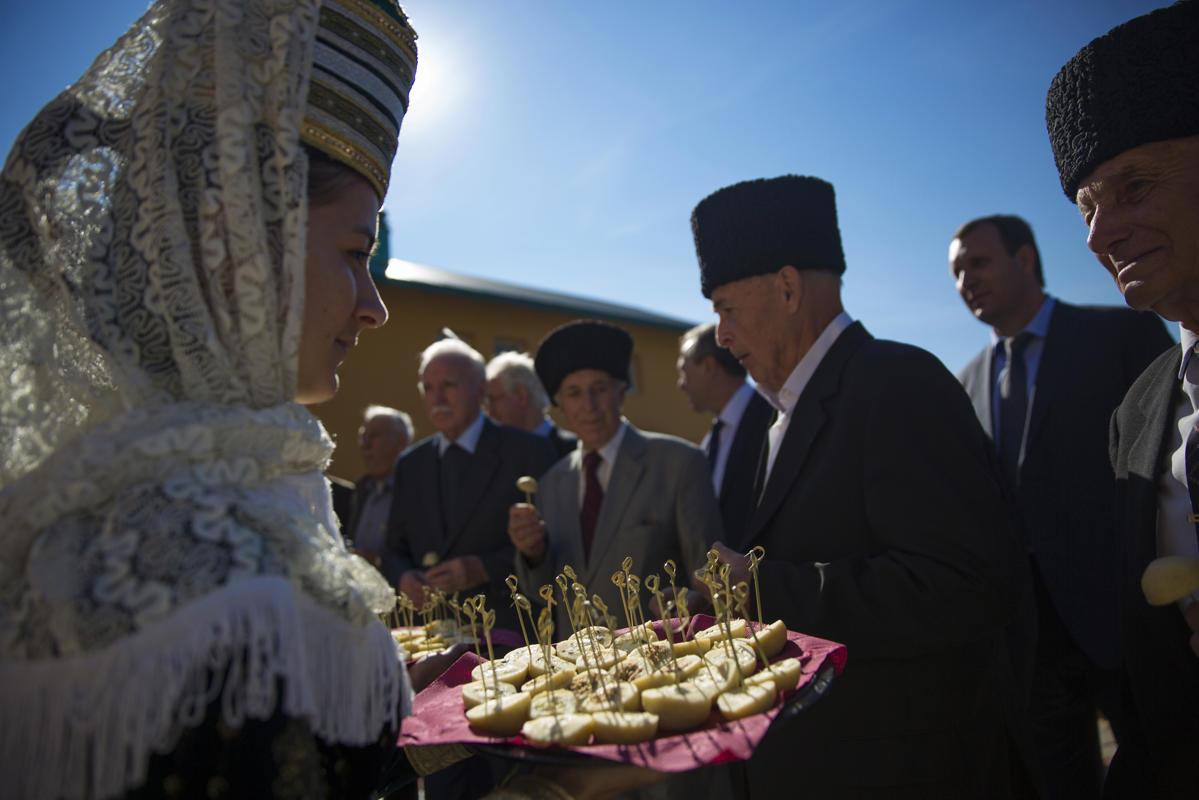 The hosting of the 2014 Winter Olympics in Sochi, Russia has caused a recent uproar in the local Indigenous Circassian community. The Circassian ancestral home is Circassia, Russia, an area in the North Caucus along the North East shore of the Black Sea. The 2010 Russian census recorded a population of 718,727 Circassians. Circassians are divided into two main tribes, the Adyghe and the Karbardians. However the whole is made up of twelve different tribes, represented on their flag by twelve distinct stars. Once the predominant ethnic group in the Caucus, the Circassians were nearly wiped out in the aftermath of the Russian-Circassian War. In what is considered by some the first genocide in modern Europe’s history, the “ethnic cleansing” of the Circassians from 1860 to 1864 resulted in close to 95% of the Circassian nation disappearing by either death or deportation. In preparation for the Games, Sochi, which was once the Circassian capital, construced facilities on areas alleged to hold mass graves of Circassians killed during the “cleansing”. Circassians organizations have objected to these developments stating it is a desecration of these graves. However their protests were dismissed and the Olympic Games in Sochi are currently taking place on these historic areas. Circassian’s demand the Circassian genocide be acknowledged and apologized for by the Russian government. The winter Games also happen to coincide with the 150th anniversary of the genocide. A particular area in concern is Krasnaya Polyanas or “Red Hill”. It is the site where a group of Circassians returning home were massacred in battle. The hill derives its name from the Circasssian blood spilt there. Ivad Yoghar of the International Circassian Council stated “We want the athletes to know that if they compete here they will be skiing on the bones of our relatives”. Though protests have been dismissed and Olympic events are already underway, participants and spectators should be aware of the tragic history related to the Indigenous people of the Caucus. Read more here: http://www.thenation.com/blog/178409/sochi-land-circassians-they-cant-h…; http://www.cnn.com/2014/02/18/world/russia-sochi-circassians/&#13; http://news.yahoo.com/olympics-divide-sochi-39-indigenous-circassians-1…;
Country
Russia
Issues
Human Rights