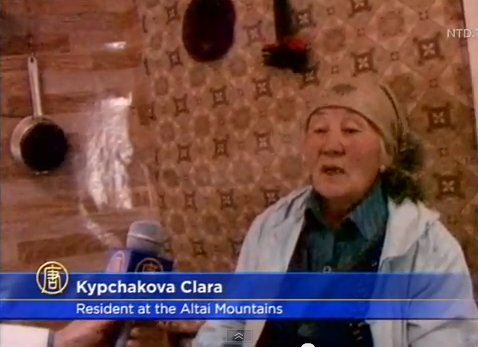 New York-based New Tang Dynasty Chinese television channel produced a video covering the continued fight to protect the Ukok Plateau in Russia's Altai region from a gas pipeline that would bring natural gas to China.  They highlight the environmental, cultural, and archeological concerns about the project that would bisect the UNESCO heritage site that is sacred to the Indigenous Telengit People.

"Its not surprising that [the Ukok Plateau's] archeological and natural value is so high that its recognized globally. UNESCO recognition means that its not only just up to the Russian government to decide what to do in the area; it's a place of global significance," explained Nikolai Rybakov, Director of the Ecological Center Bellona.

Altai resident Kypchacova Clara told camera crews, "Generally construction is not allowed there. It's a holy place; our princess was buried there, and there are warriors buried there too."