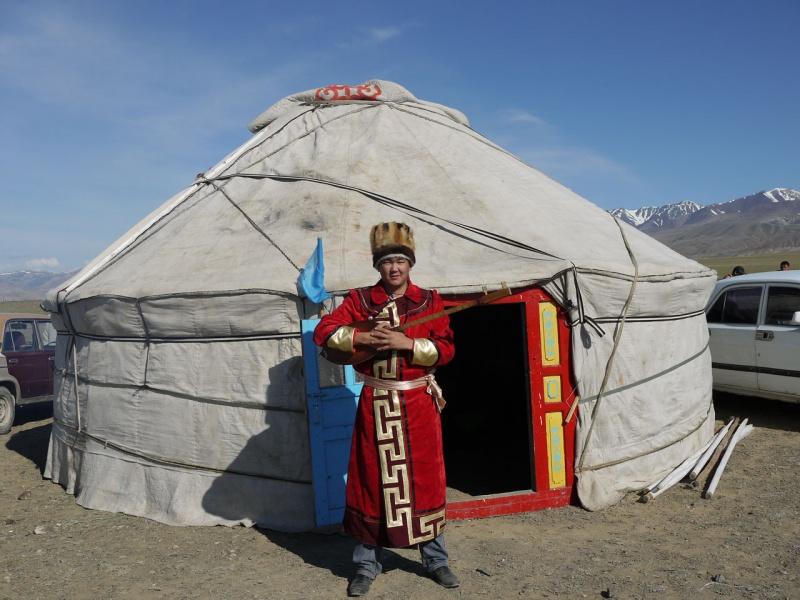 Threats have been renewed against the Ukok Plateau and the Golden Mountains of Altai UNESCO World Heritage site, where the Indigenous Telengit people of Russia have long lived with respect for the land and its natural riches. Valdimir Putin announced in early September that Russia and China would revive a project in which a gas pipeline will ravage these sacred lands, used for at least 8,000 years by the Telengit for burials and sacred ceremonies.

Named a UNESCO World Heritage site in 1998, the Golden Mountains of Altai have been in danger of destructive development since 2006, when the gas pipeline from Russia to China was first proposed. Not only are Indigenous holy sites at risk; important snow leopard, argali mountain sheep, and other species’ habitats will also be endangered if the pipeline comes to fruition. Andrei Petrov, representative of Greenpeace Russia, says that the damage caused by the pipeline “could take centuries to heal.”

Russia’s complicated political situation may play an important role in its desire to implement this project despite the fact that it would break multiple local and national laws. According to CCTV, China has been Russia’s number one trading partner for the last four years, and energy development has been at the center of their relationship. China’s growing economy has led to an ever-growing need for fuel, and both countries have political reasons for avoiding an alternative route for the pipeline that would bypass the Heritage Site but would require it to pass through Mongolia or Kazakhstan.

The struggle of the Telengit for their land has been bolstered by large-scale environmentalist support and by its naming as a UNESCO Heritage Site. However, this latest news about renewed intentions to implement the project presents the threat of the Golden Mountains being removed from the list, which would make it only the third site ever to be removed. The Golden Mountains site was designated as such particularly for being “an important and original centre of biodiversity of montane plant and animal species in northern Asia, a number of which are rare and endemic…The area is sparsely populated with local populations of Russians and Altaisky, a Turkish-speaking people, mainly involved in traditional pastoralism, low-intensity agriculture, hunting and gathering. These people have co-existed with nature for millennia and have a strong affinity with the natural environment. Indeed, one reviewer has commented that the region’s important biodiversity is probably not due purely to natural factors but to the millennia of grazing. The Ukok Quiet Zone and Mount Belukha have particular cultural and religious values for local people.” Eight of Russia’s 10 World Heritage Sites have been “threatened by development projects ranging from resort facilities to mines and military bases, Greenpeace’s Petrov said,” and these threats have largely been promoted by the government itself, despite the fact that countries with World Heritage Sites have pledged to protect them.

Petrov said, “We should be proud of those places, but instead we keep on cranking our insane plans to destroy them.”