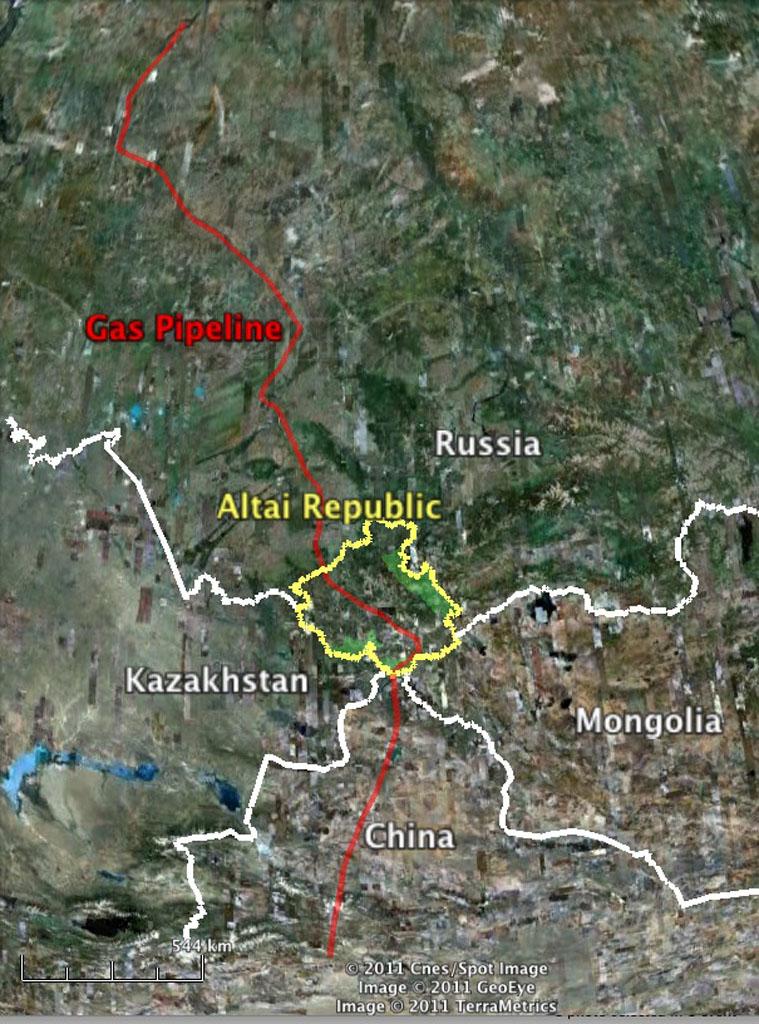 In a surprising move, officials from Russia’s Altai Republic have approved construction of a pipeline that would bisect the sacred Ukok Plateau, carrying natural gas from Siberia to China. The August 2nd decree gave Gazprom and its contractors permission to conduct work on the Ukok Plateau despite what Greenpeace Russia claims would be a violation of several local and federal laws.

Greenpeace-Russia has called on the Altai Republic to cancel the decree, stating  “The pipeline 'severely violates the UNESCO international convention on world heritage, and that the new law “was adopted without the compulsory governmental ecological expertise and... without approval from the Ministry of Natural resources.”

The Altai Project reported that work on the Ukok plateau took place over the summer even prior to the decree came into effect on August 17th.

Urmat Knyazev, a deputy in the Altai republic's legislative assembly, argued that construction in the Ukok Plateau would consist of a “moral violence against the people.”  He warned, 'After the construction, its sacredness will be out of the question.’

Greenpeace-Russia and the Save Ukok Coalition are now in the process of filing legal and regulatory complaints with relevant federal and regional authorities in an attempt to pressure the Altai Republic and federal governments to meet their legal obligations.

The Telengit people are calling out to the international community for help to re-route construction of this gas pipeline to avoid their sacred plateau, where they have buried their dead for over 8,000 years.

See our campaign to protect the Ukok Plateau and take action: