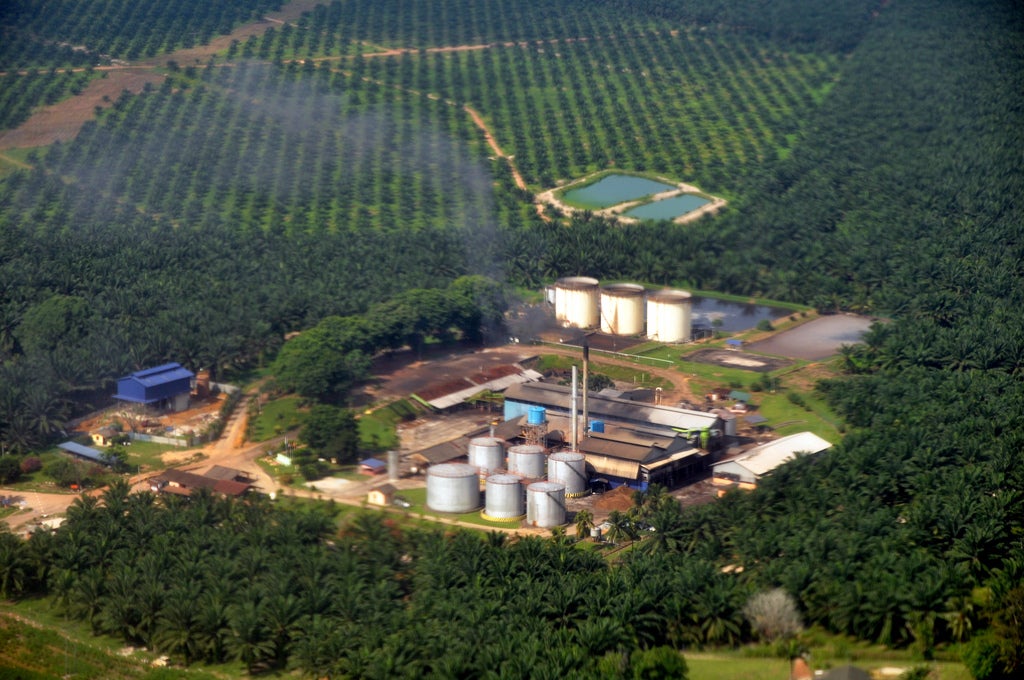 A new report, entitled Who Watches the Watchmen? released by the Environmental Investigation Agency (EIA) and Grassroots, demonstrates that the Roundtable for Sustainable Palm Oil, the industry oversight body that charges itself with certifying palm oil as sustainable, is failing to address the concerning and harmful practices of many palm oil companies it certifies as socially and environmentally ethical.

The RSPO was established in 2004 to audit palm oil companies, establishing the guidelines for sustainable palm oil production. Palm oil is used in a multitude of processed foods, such as chocolate, cereal, soup, cookies, crackers, and also in many cosmetics. However, as the industry has grown over the last two decades, it has been implicated in problematic business practices that do irreversible damage to the environment and Indigenous Peoples. Because palm oil trees grow best in rainforest climates, companies have razed huge tracts of ancient rainforests to monocrop palm trees for mass production, virtually erasing all biodiversity of flora and fauna naturally found in these forests, and evicting Indigenous Peoples who live there, destroying their lifestyles and livelihoods.

Using nine case studies as evidence, the report makes claims that RSPO auditors have failed to identify and address  Indigenous land rights in areas where they have certified palm oil plantations, as well as failing to identify situations where companies are using trafficked labor, razed forests of High Conservation Value, and destroyed crucial animal habitats. Another example of this oversight can be found in a Greenomics report regarding Indonesian company Sawit Sumbermas Sarana (SSS), that was found to endangering an orangutan habitat and clearing forested peatland.

The RSPO infrastructure includes a complaint mechanism, which provides, communities, NGOs and other outside stakeholders recourse where RSPO members have violated their standards.  In 2012, Cultural Survival joined a coalition of environmental and human rights organizations in submitting a complaint to the RSPO  citing that a palm oil plantation in Southwest Cameroon, run by US based Herakles Farms, would cause irreparable deforestation and damage to wildlife, as well as depriving the local indigenous communities of their livelihoods.  Later, Herakles Farms withdrew their application for RSPO certification.  However, many complaints go unaddressed and has failed to provide acceptable outcomes. There are concerns with conflicts of interest, with companies that have been subject to complaints joining the Panel charged with reviewing complaints even while the problems raised remain unresolved. Some complaints have dragged on for five or more years without resolution.

In response to the report of the EIA, the RSPO has stated its intention to keep an “open dialogue” with all stakeholders in an attempt to keep palm oil production as sustainable as possible. It has acknowledged the claims made by the RSPO and stated that it does not take these accusations lightly and that auditor practices will be reviewed. The RSPO also unveiled several new policies to better monitor the actions of auditors in a registry that will be introduced in 2016. The RSPO and its members, who include corporations such as McDonald's, Wendy’s and Estée Lauder, met in Kuala Lumpur from November 16 - 19 to consider plans for moving forward.

Meanwhile, it is up to consumers to research the source and conditions of any products containing palm oil.  EIA Forest Campaigner Tomasz Johnson explains that this neglect made by RSPO auditors will allow palm oil products to reach “supermarket shelves that are tainted with human trafficking, rights abuses and the destruction of biodiversity.”  For tips on choosing sustainable palm oil products as a consumer, check out this guide published by the Guardian, 10 things you need to know about sustainable palm oil.