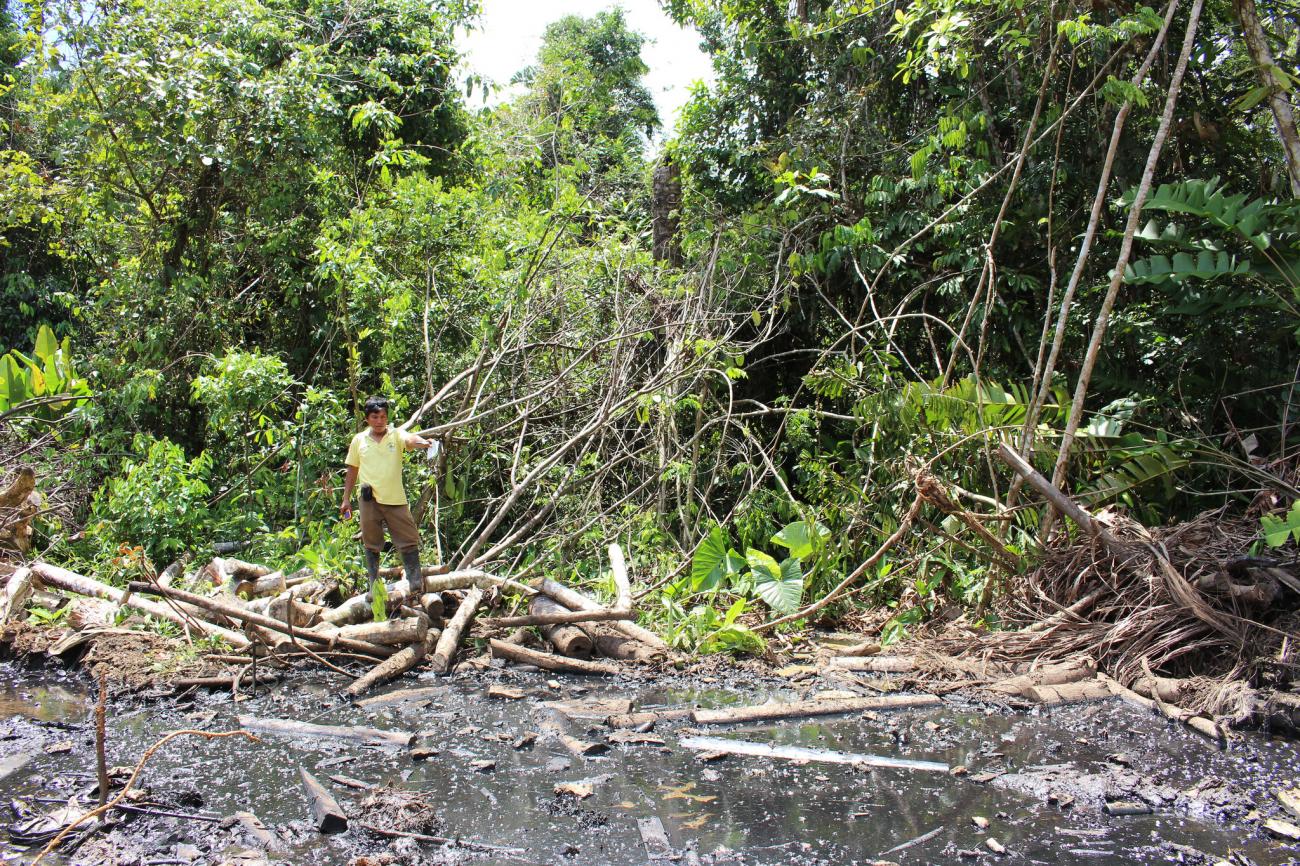 Next month, governments from 195 countries will be meeting in Lima, Peru for the “COP 20” United Nations Climate Change Conference.  In preparation for the conference, the government of Peru unveiled a plan in July to reduce carbon emissions per capita to 75 percent of current levels by the year 2050.

Despite being in the spotlight for progressive policy on climate change, Peru has allowed for a disturbing rise in the murder environmental defenders.  According to a report realeased last week by Global Witness, 57 environmental activists, mostly Indigenous, have been murdered in Peru in since 2002. This trend is rising, as 60 percent of those deaths occurred in the last four years. This is not only tolerated by the government of Peru, who have brought just one percent of those responsible for the crimes to justice, but in the majority of the cases it is actually state-actors who have committed the crimes. 78 percent of the suspected perpetrators of known killings of environmental and land defenders in Peru since 2002 have been the police or police in conjunction with armed forces or a private company’s security forces.

The work of environmental defenders in Peru is urgent and critical, not just for the Indigenous communities who call the rainforest home, but for the entire planet: “The destruction of tropical forests around the world is one of the largest sources of emissions contributing to climate change, and deforestation rates in Peru doubled in 2012 from the previous year, accounting for nearly half its annual greenhouse gas emissions,” reported the Environmental Investigation Agency.

In September 2014, four Indigenous Ashéninka leaders from the community of Alto Tamaya-Saweto, active against illegal logging in their traditional rainforests, were shot and killed by men suspected of illegal logging. Had the government of Peru paid attention to their demands over the last 10 years to gain title to their traditional lands, these deaths could have been prevented. The conflict between illegal loggers and the communities defending the forest had been escalating for years. In 2005 Edwin Chota, one of the community leaders killed, requested government protection for him and his family due to continued threats by illegal loggers, but received no response. Since then, he had been repeatedly submitting formal complaints to the police about illegal loggers and their threats of violence, with no results.  In a 2013 interview with National Geographic, Chota remarked on the dangers posed by illegal loggers, pointing to the conditions that, as the report puts it, ‘would ultimately lead to his death’: “They threaten us. They intimidate us. They have the guns.”

In addition to a damning track record for protecting environmental defenders, a recent economic stimulus package passed by the government of President Ollanta Humala could have an adverse impact on Peru’s environment due to a slackening of regulations imposed on mining and extractive industries. “It would seem that there is, once again, a swing towards favoring economic growth over care for the environment” explained Eduardo Durand, head of Climate Change, Desertification and Water Resources within the Environment Ministry.   A whopping 40 percent of the surface of Peru has been earmarked for mining, logging, and oil and gas drilling, while 96 percent of this land is currently occupied by Indigenous Peoples. This shows the state has no interest in respecting Indigenous land titles of their traditional territory or an interest in reducing social conflict that has led to these recent deaths.

In addition, many believe that if Peru is serious about turning its carbon emissions around, it will have to leave the petroleum that it has identified where it is- in the ground.  In the Peruvian Amazon, oil companies have been operating for 42 years without proper oversight, and hope to do so for at least another 25.  Argentine company Pluspetrol holds a concession that covers three watersheds in one of the most bio-diverse areas in the world, the Amazon Rainforest.  Starting in 1971, a systematic disregard for environmental and social impact led to devastating effects on the area due to the dumping of industrial waste directly into the Pastaza, Tigre, and Corrientes rivers for 30 years, averaging about 850,000 barrels each day. The State of Peru has reported 25 spills occurring in part of their concession known as Block 1AB between 2010 and 2011 alone, while local Indigenous monitors have counted over 100 crude oil spills in the last 5 years. This information, along with visits by members of Congress to the affected areas, led Peru to declare an official Environmental State of Emergency in March of 2013, and an official Public Health Emergency in April of 2014, but those declarations have still not initiated adequate responses to thoroughly clean up the contaminated areas.  Despite all this, Peru is looking to renew Pluspetrol’s license for petroleum extraction for another 25 years.

Indigenous monitors and activists, including FEDIQUEP, are putting their lives at risk by speaking out against these atrocities. The organization’s traditional authority, Apu Aurelio Chino, can’t understand why the rest of the world hasn’t also taken on this fight too:  “These forests are the lungs of the world. If you accept that, how can you do nothing? Don’t you see that you, too, will breathe this air?”

Global Witness has issued the following recommendations to the Government of Peru, explaining, If Peru wants to be a world leader in the fight against climate change, it should start by protecting the environmental defenders who are its best allies in achieving that aim.”