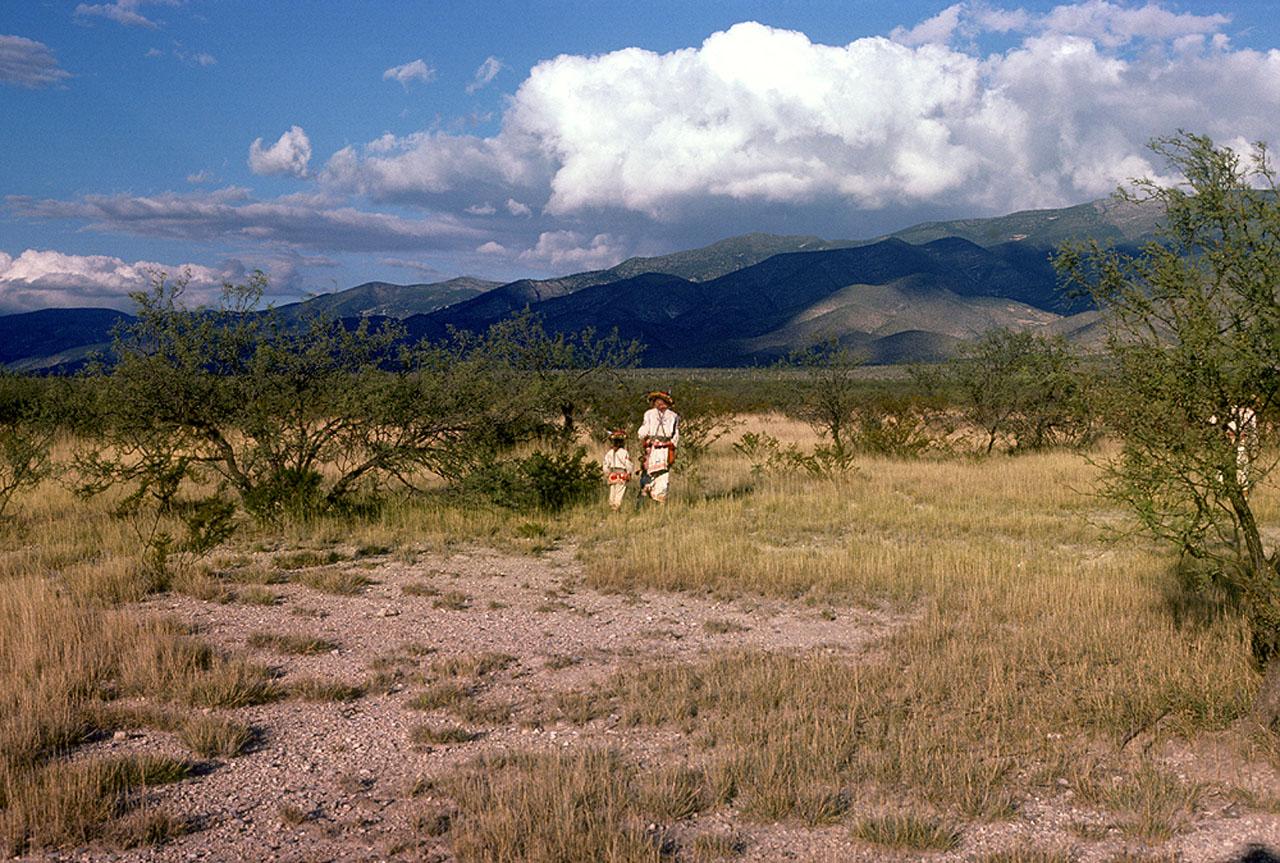 The federal government of Mexico has proposed the creation of a Biosphere Reserve in the area of Wirikuta, sacred site to the Wixarika (Huichol) people and the battle ground for a silver mine first proposed by Canadian company First Majestic Silver, and others.
The biosphere reserve would cover 191,000 hectares, according to Mexico’s National Commission on Natural Protected Areas.  On November 8th, the Consejo Regional Wixarica and the Frente en Defense de Wirikuta anncouned their decision.  Wixarika leaders will welcome the government proposal to declare a Biosphere Reserve in Wirikuta, but warn of inconsistencies and dangerous propaganda instigated by the mining company among the local population. Once again they demand to be included in the process as the government prepares to issue a final decree.
They demand, “the establishment of a biosphere reserve that respects the biocultural rights of the Wixarika people and the campesinos that live within Wirikuta, prohibiting any mining exploration or exploitation in any form, in any stage, within the nuclear zone or buffer zones of wirikuta.  We also demand that the design and execution of a management plan be led by the Wixarika people and consultants of their free selection.”  (Read their full statement in English, available here)
Two years have passed since the government first gave concessions to the Canadian mining company First Majestic Silver and to the Universal Project, violating the Wixarika (Huichol) people’s right to free, prior and informed consent and putting at risk the sacred land of their ancestral pilgrimage, known as Wirikuta.
Last month, the Wirikuta people sent a message to government officials reinstating their commitment to protect their sacred territory of Wirikuta.
“We hope that this [biosphere] proposal sets Wirikuta free from any concessions to mining industry explotation, agro industries, and mega projects,” stated Ricardo Muñoz Villa, a member of the Wixarika community and resident of Jalisco, in a Youtube video uploaded October 22nd.
[[{"type":"media","view_mode":"media_large","fid":"61394","attributes":{"alt":"","class":"media-image","style":"height: 375px; width: 500px;"}}]]
“We state once again that our sacred territory of Wirikuta in San Luis Potosi must live without the mining industry, agroindustry, or any other threat to its environment, because Wirikuta is our whole culture, and therefore our identity as native people.”
“The pact to respect and protect sacred places and the historical route of our people, has been violated by our government, by giving mining concessions to foreign companies, including the concession of the majority of the 140,211 hectares of Wirikuta, without our free, prior, and informed consent as the Mexican law states.”
In September, Mexico’s National Commission on Human Rights sided with the Huichol people in declaring that the federal government is violating the human rights of the Huichol, and doing so are in violation of international agreements and the Mexican constitution.
Activist and blogger Venado Mestizo responded.
“We exhort the Mexican authorities to respect and ensure that the constitution is upheld. We are aware that any secondary law, as the mining law, cannot be above our constitutional rights and the constitution itself, not above the harmony of life in our world.”   She calls on the international community to take action in support of Wirikuta: “We ask that everyone, from all nations, extend this message through your social networks so that through various organizations we can exhort pressure on this government”

To take action and for more information, visit our 2010 campaign-