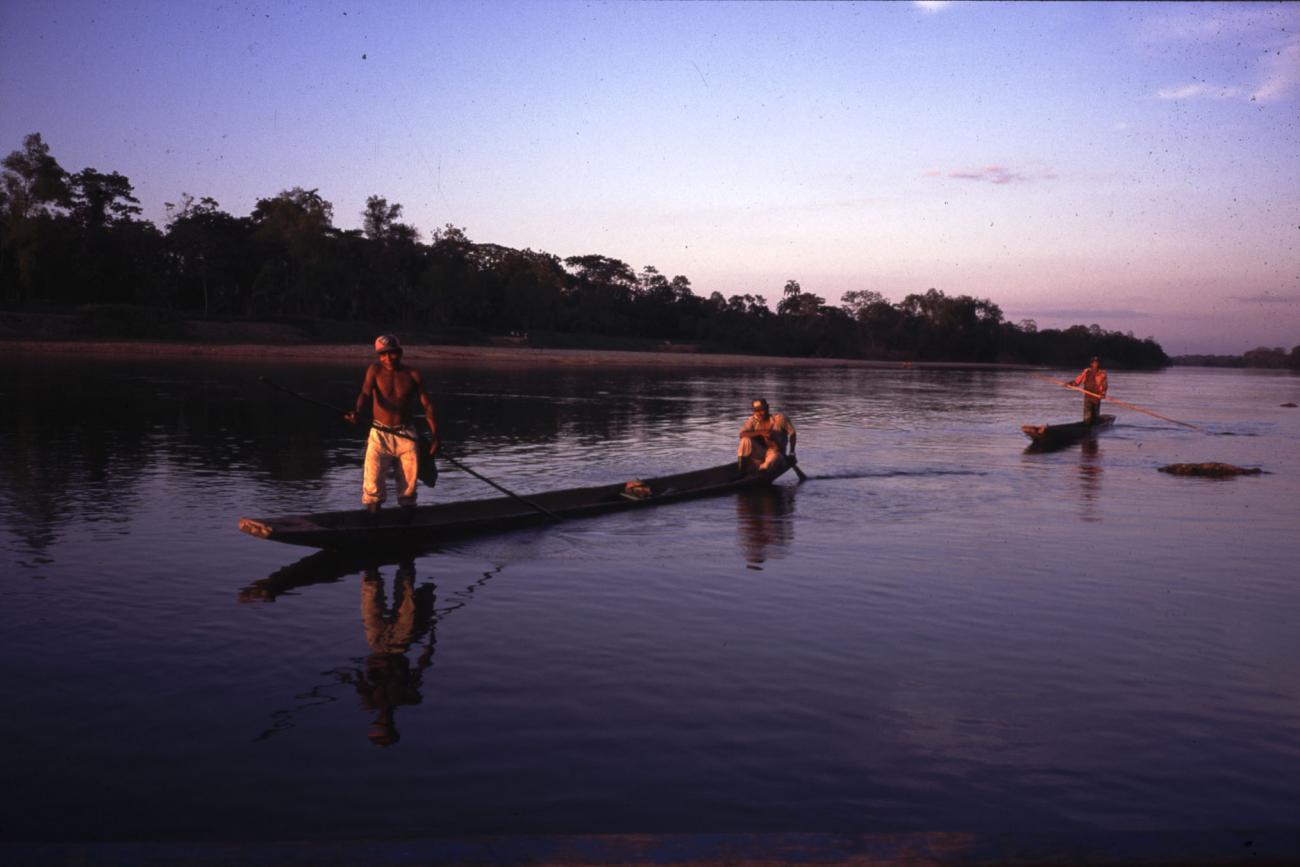 On May 11th, the United States Drug Enforcement Agency helicopters opened fire on a boat traveling the Patuca River near Ahuas, Honduras, claiming to be targeting drug traffickers in the region. Four Miskitu people were killed and four more seriously injured.  It was later revealed that the helicopter was part of a joint Honduran-American anti-drug raid.

Human rights groups fear that this attack shows a resurgence of cold-war era military tactics that caught Indigenous peoples of Central America in the middle.  Annie Bird of Rights Action writes, “The militarization is not new, drugs are not the only big money interest in the area, and there is concern that big business interests and 'drug war' violence may be related. Human rights defenders have denounced a steady growth of militarization of the region since the June 28, 2009 military coup, including U.S. troop movements along the Patuca River. In July the Chinese Sinohydro Corporation began construction of the first of a series of three mega dams upriver on the Patuca River.”  See Cultural Survival’s campaign to stop the Pauta III Dam, here.

According to the New York Times, “American officials have told reporters that the boat passengers were probably participating in the intense trafficking of illegal drugs that is known to take place here.”  Officials claimed, “it was totally dark, in a place that is not a fishing spot…. It’s in the jungle. It is very hard to believe that at 2 a.m., in the jungle, the people in a boat that is beside another boat with 400 kilograms of cocaine were fishing.”

However, for the Miskitu people, the Patuca River is major thoroughfare for transportation through the Moskitia region, and boats travel at all hours of the day and night, to avoid midday sun and while making the long treks up and downstream.

Anthropologist Rosemary Joyce highlighted the deep ignorance the authorities shows regarding the area:

“Of course, it is not at all surprising that different boats would be near each other as they approached the landing; as anyone who has traveled the rivers of Central America in similar traffic knows, when you reach the landing, you are gunwale to gunwale with others in the riverine equivalent of a busy intersection.”

Read Joyce’s excellent analysis of the incident from the Berkeley Blog.

Rights Action reported on a recent independent inquiry into the incident, which took place in the community of Ahuas, at the headquarters of the Autonomous Indigenous Miskitu Governance organization MASTA, Cultural Survival’s campaign partners to stop the Patuca III Dam.

“Since the massacre Ahuas has been occupied by several dozen Honduran troops, and it is reported that U.S. military presence in the vicinity of Ahuas is increasing. U.S. government authorities recognize that counterinsurgency tactics are being used while they identify the indigenous communities as drug traffickers. Indigenous communities in Central America have once again become the focus of U.S. counterinsurgency action."

"The delegation is calling for a serious and credible investigation including a Congressional hearing that identifies criminal responsibility in the massacre, the withdrawal of U.S. security forces from Honduras, and suspension of U.S. military assistance to Central America.”

Read more about the Miskito people and the proposed dam on Patuca River in the following articles:
Cultural Survival Quarterly, Winter 2011 Edition.
Blog: Cultural Survival's visit to Ahuas in July 2011