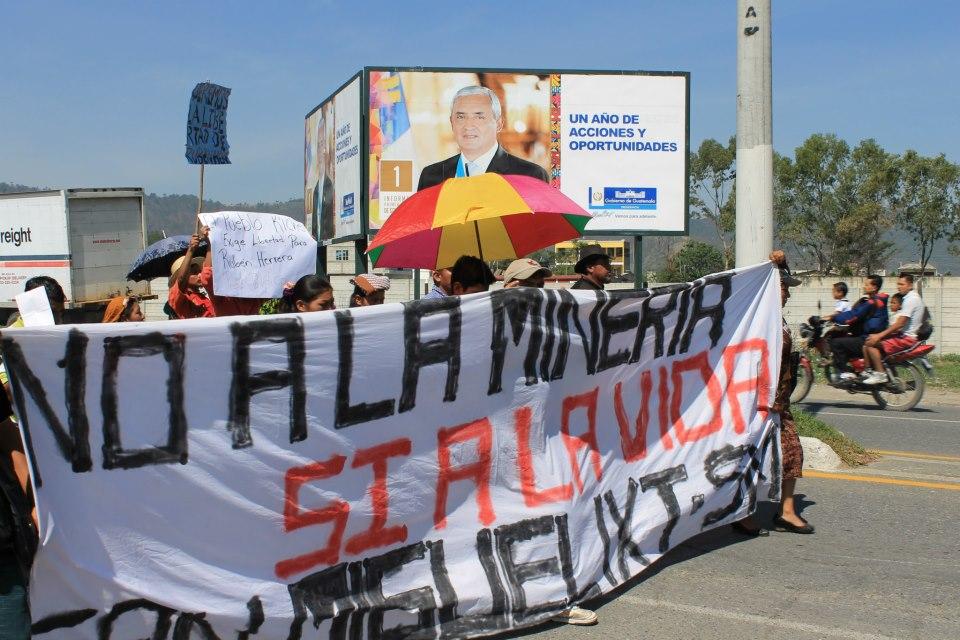 Eight Indigenous communities in northern Huehuetenango have joined together to defend their traditional territories against transnational projects. Q’anjobal, Chuj, and Akateka peoples have united to form a permanent assembly with representatives from each community. From that group, four were elected to participate in a series of meetings hosted by the President Otto Perez Molina’s National Dialogue System.  The representatives have met once with President Perez Molina and twice with his assistants to address issues arising from transnational mining, logging and hydro electrical projects within Indigenous territory that have proceeded despite community opposition and without due consultation with communities.

The region has been fraught with conflict over the past few years, marked most notably by a military invasion throughout three weeks in May 2012, after private security guards from a Spanish hydroelectric company Hidro Santa Cruz shot and killed a Q’anjobal community leader outspoken against the mine and protests broke out.  Since then, communities in the surrounding area have renewed their opposition to external projects licensed by the government that violate the right to their ancestral territories.

Alfredo Baltazar Pedro, a Q’anjobal community leader and participant in the dialogues with the president, believes these conversations are making progress. “We have achieved a verbal acknowledgement from the president that he will cancel all mining projects within our territories, he announced.”  Baltazar explained the president’s position in the meetings. “He told us that these companies arrived without respect for rules and regulations, and licenses, and they will have to start from scratch to convince communities. If the communities say yes, they yes, but if don’t agree with a project, neither will I.”

The collective bargaining power of the permanent assembly was demonstrated last week when three community leaders were released from custody after being detained on charges brought by Hidro Santo Cruz. The three men, Adalberto Villatoro, Arturo Pablo y Francisco Juan Pedro, were detained in Santa Eulalia after voluntarily presenting themselves in response to arrest warrants.  By that afternoon, a team of lawyers and community organizers were able to have them released and charges dropped.

Over a dozen Indigenous activists in northern Huehuetenango have been detained in imprisoned over the last two years as part of a strategy by Hidro Santa Cruz and the government to criminalize community leaders.

For more information, see Cultural Survival’s campaign We Are All Barillas