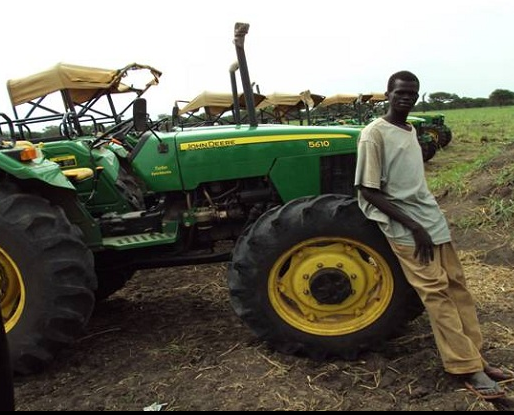 Karuturi Global Ltd, an India-based agricultural company and the world’s largest rose grower, has stated that it will pursue funding from an undisclosed sovereign wealth fund after development banks denied the corporation financial assistance to continue projects in Ethiopia. The rejection by these development banks comes as a result of significant pressure by organizations like the Oakland Institute and Cultural Survival to recognize the harmful land grabbing policies that are central to Karuturi’s operations in Ethiopia.

General skepticism among international financial institutions and crashing stock shares indicate the company’s success has been declining. Stock values of the company have plummeted over 90 percent since October 2010. Analysts identify this plunging as the result of cash-flow difficulties and enormous debt, while Karuturi blames destructive floods and inclement European weather that decreased sales. The corporation’s recent expansion from rose production to other crops like maize, rice, and sugarcane was fueled by loans that have yet to be repaid, contributing to the company’s slowing growth. Reflecting this slump, foreign institutional investors have decreased their stake in the company from 28 percent in 2011 to 20 percent in 2012.

The company’s demonstrated decline bodes well for the Indigenous populations who have been displaced by the Ethiopian government while making land available to foreign investors. Since September 2009, the Ethiopian government has leased more than 1 million acres to both foreign and domestic investors, enabled by policies of land grabbing from Indigenous Peoples who have traditionally occupied this space for grazing and argiculture. As part of a state-sponsored “villagization” project, the Anuak, Mezenger, Nuer, Opo, and Komo peoples have been forced into state-created settlements in the Gambella region of Ethiopia, depriving them of their right to ancestral lands and cultural identity.

The phenomenon extends further than these corporations, however; much of the land grabbing and villagization policies as implemented by the Ethiopian government in the Gambella region have been indirectly facilitated by the large amount of foreign aid given to the state. Indeed, Ethiopia receives the largest amount of foreign aid out of any African country, at upwards of US $3 billion  a year. This comes from donor nations like the United States and the United Kingdom. Cultural Survival’s campaign has drawn attention to this indirect facilitation and called for more responsible use of foreign aid.

Seeking to find alternate funding, Karuturi hopes to retain its grasp on its croplands in Ethiopia to continue growing corn and other agricultural projects. Managing Director Sai Ramakrishna Karuturi remains optimistic about the corporation’s growth, claiming that the option to double the 250,000 acres of land currently leased from the Ethiopian government remains on the table. Additionally, in an attempt to restore investor confidence, Karuturi plans to make an open offer in May to buy shares. These efforts to keep face in light of clear financial straits will be difficult; Karthik Rangappa, founder of the equity research firm The Quant Lab, indicates that an increase in stock value is highly unlikely at this point in the company’s financial woes.