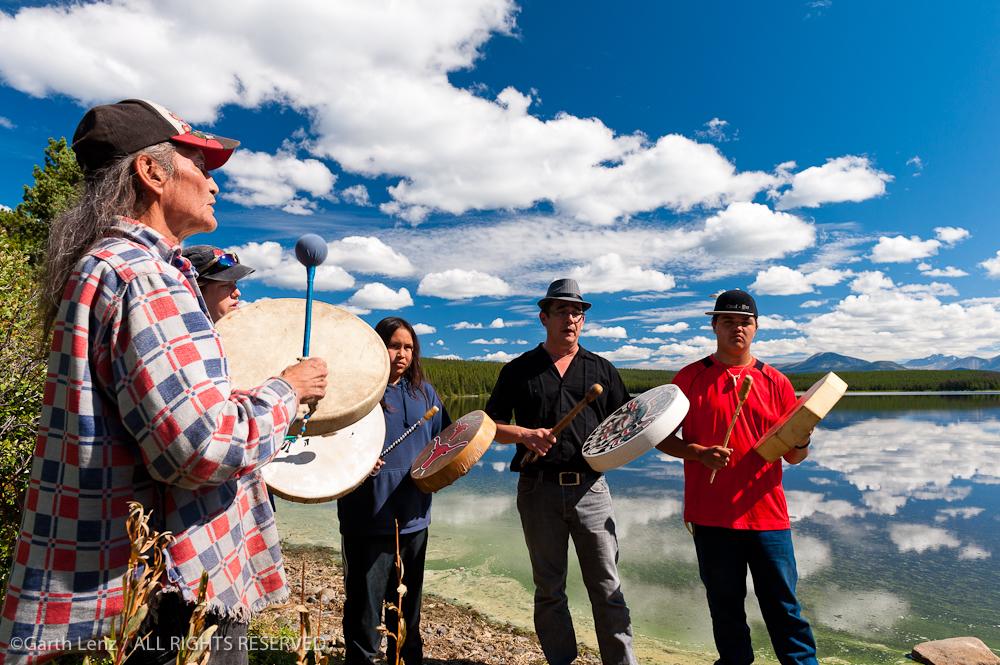 In a decision delivered on Thursday, June 26, 2014, Canada’s Supreme Court has granted aboriginal title to the Tsilhqot’in Nation of British Colombia for 1,700 square kilometers of land that they can prove they have traditionally occupied or used for hunting, fishing, or spiritual ceremonies.

The unanimous 8-0 ruling resolves a conflict that has been fought in Canadian courts since 1983, and fought outside the courts since colonial days when the British Crown’s asserted that all First Nations land was crown land. "This is the first time aboriginal title has been declared on the ground in B.C.," says David Bursey, who practices First Nations and energy law in Vancouver. "The implications of this decision are dramatic and will affect land and resource development throughout the province."

The court overturned a British Colombia decision by ruling that as a semi-nomadic tribe, the Tsilhqot’in can still claim title to land they use at least some of the time, for things like hunting, trapping, fishing, and cultural and spiritual ceremonies.  Previous interpretations by the federal and provincial governments defined aboriginal title through a “postage stamp” theory which required proof of intensive physical occupancy, like permanent settlements.  That perspective failed to understand the nature of aboriginal land use, argued the Tsilhqot’in team.

The ruling clarified the meaning of holding aboriginal title, which gives guarantees the right to use the land, enjoy it, profit from it, and benefit from it.  It also requires that any economic development on land where title is established must have the consent of the First Nation.  "We are moving away from the world of mere 'consultation' into a world of 'consent' and that is absolutely enormous," explained Grand Chief Stewart Phillip of the Union of British Colombia Indian Chiefs as he celebrated the victory.

“This is a vindication for us, and what our ancestors have been fighting for many years, that we do have ownership, that we do have title to our respective territories and that on the basis of that, governments need to engage our first nations regarding development, whether its forestry or mining or water development, in all parts of British Colombia where we do have aboriginal title, “ explained Grand Chief Ed John in an interview with CBC radio.

“The difficulty will be with the unilateral actions of both the federal and provincial governments as they’ve done in the past. Simply saying we’ve consulted with you and we’re going ahead to develop this law and that law, that will not suffice. There needs to be a different and a greater government to government relationship between the provincial government, in this case, and First Nations.”

However, the justices cautioned that title isn’t absolute. It still falls to the province to regulate land use decisions in BC. The court declared that if a First Nation withholds consent, a public project may go through if it can justify that the development is “in the public interest.” In that case, the project can proceed but the province must compensate the First Nation.

“We do need economic opportunities, and the fact that we have titled lands now gives us a foundation for economic opportunities. Right now first nations have largely been on the margins of development… the Province talks about ‘revenue sharing’ but that is unilaterally designed, without any discussions with us.  This is an important issue that they need to take into account, they need to start dealing with first nations directly," said Grand Chief Ed John

The decision will have immediate implications for the projects like the Northern Gateway pipeline.  Communities who are challenging proposed pipelines and other development projects now have a stronger legal footing to do.   As Chief Bernie Elks, of the Tsilhqot’in National Government, puts it, “If you’re talking about mining, oil and gas, you better have first nations in the board room.”

Cultural Survival congratulates Chief Roger William and the entire Tsilhqot’in Nation on this victory, which is a landmark decision for their community as well as all First Nations in Canada, and internationally.  Pablo Mis, a Q’eqchi Mays from Belize and representative of the Maya Leaders Alliance, announced Thursday, “We congratulate the Tsilhqot’in First Nation People of Canada for another historic legal achievement at the Supreme Court of Canada.  The Court granted title to lands used and occupied by this indigenous group. We are encouraged that courts around the world are affirming the rights of indigenous people to a respectful, equal, and dignified life."