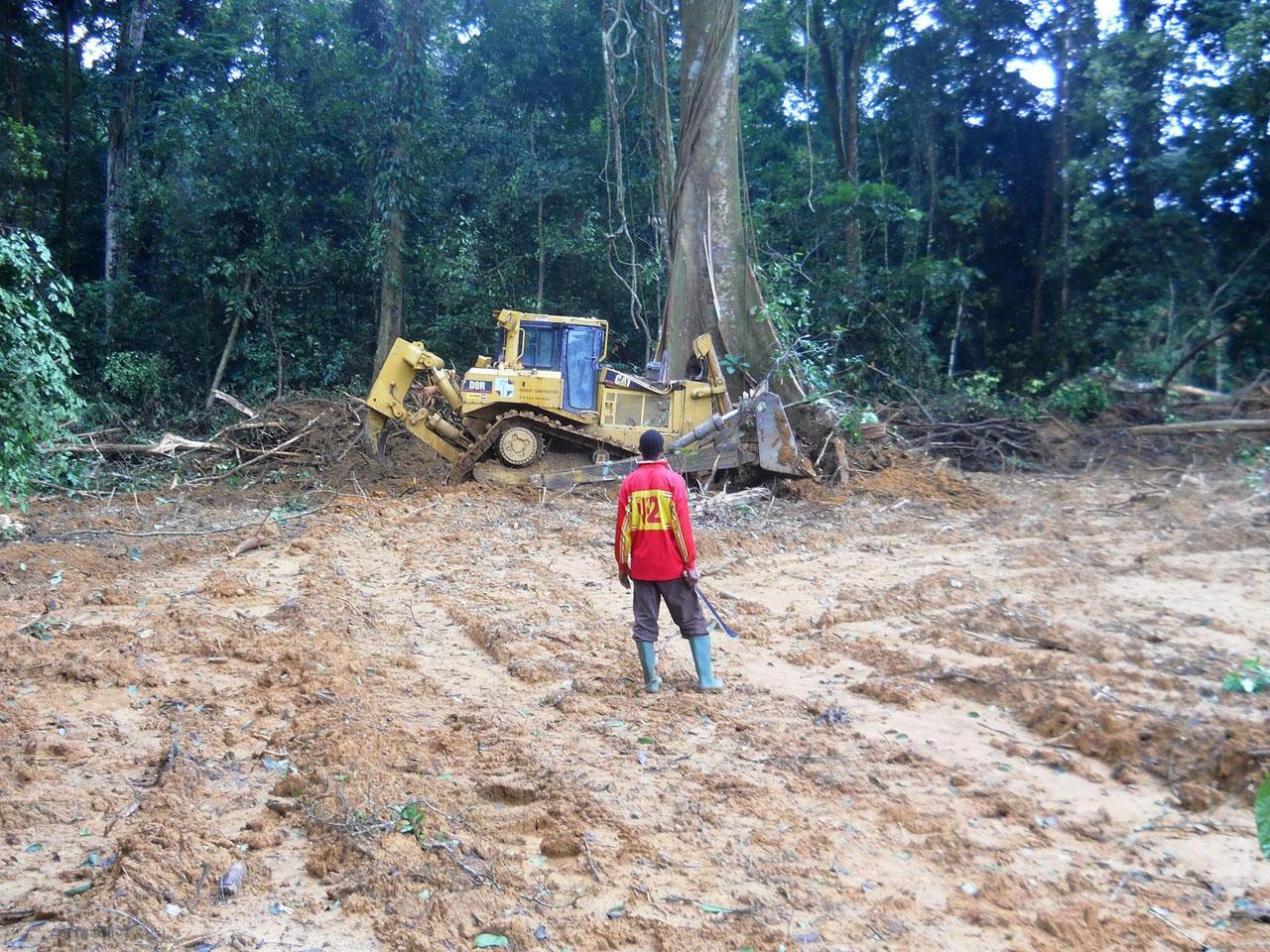 Herakles Farms has withdrawn their application to the Roundtable on Sustainable Palm Oil (RSPO) for their palm oil plantation in the Southwest region of Cameroon.  The RSPO is a group that certifies palm oil plantations as fulfilling rules for basic environmental sustainability and responsibility towards stakeholders.

A coalition of environmental and human rights groups submitted a complaint to the RSPO citing that the oil palm plantation would cause irreparable deforestation and damage to wildlife, as well as depriving the local indigenous communities of their livelihoods. Denying the allegations, Herakles said in its letter of withdrawal to the RSPO, its decision to withdraw is due to a need to move forward with planting seedlings from the nursery to the field.

RSPO certification would have disallowed Herakles from the clear-cutting of biodiverse and wild-life rich forests, known as high conservation value forests or HCV.  They would also be tied to maintain safeguards for workers, adhere to the UN Declaration on the Rights of Indigenous Peoples by consulting with local stakeholders over project, and take measures to reduce pollution.  The company’s withdrawal indicates their interest in avoiding deep investigation into their practices, to avoid a negative assessment by the widely accredited RSPO.

Meanwhile, the local communities’ documented opposition to the project is growing.  For months, Herakles has been claiming to have “huge support from local communities”; but the affected people on the ground say otherwise.

Locals feel that the plantation offers no benefits to the community; and by leasing 70,000 hectares, the project would take land from many local farmers and leave little room for future generations in an area already crowded.

A recent meeting of the people of Meangwe II concluded with the signing of a statement in opposition to the Herakles project. They declared:

We gather here made the following resolutions: Deny and reject reports by Herakles Farms that they have established MoUs with each village in the proposed concession area, as Herakles has never come to our villages to organize meetings to seek our free, prior and informed consent of their project….

Noting that SGSOC/Herakles promises of providing employment, scholarships, medical services, electricity, roads and so on is merely to gloss the truth of the impacts to be generated by the project as all persons in our communities are self employed, and detest working in plantation settings and preferred to carry on with our subsistence agriculture with the possibility to bequeath our investments to our families and progeny than working in plantations.  (See the full statement, here)

Yesterday, The Oakland Institute, Greenpeace, and Save-Wildlife recently produced an updated, in-depth report on the nature of the Herakles Farms operations in Cameroon.

The report concluded,  “In Cameroon… large plantations have resulted in massive environmental degradation, the destruction of livelihoods, and the transformation of small farmers and indigenous populations into low-paid plantation workers. It is no surprise that the local community, NGOs and conservationists are opposed to Herakles Farms project.”