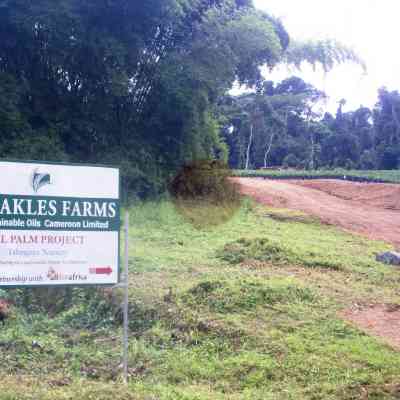 Herakles Farms, which is affiliated with the massive Herakles Capital, was granted 20,000 hectares of the 73,000 hectares of forest it requested from the Cameroon government in November 2013 to convert into oil palm plantations. The company has faced strong criticism nationally and internationally for the harmful effect it will have on the forest, wildlife, and nearby population and also for the deceitful ways in which they have obtained the land. Loxly Epie was hired in August 2012 with credentials that surpassed those required for the position as Vice President in Charge of Finance and Office Operations at the company’s local subsidiary Sithe Global Sustainable Oils Cameroon (SGSOC). According to the representative of Herakles Farms, alongside his qualifications, another motivation for the employment of Epie was that he is Cameroonian and would therefore better understand and value the socio-economic and political environment where they are operating and making huge investments. On January 23, 2013 Epie was dismissed from the position over several unsupported reasons to be replaced by an admittedly unqualified Australian. In December 2013, trial judge Justice Valentine Chi ruled that the evidence given in court shows a blatant act of racial discrimination and has granted Epie the sum on the grounds of general and specific damages for wrongful dismissal.

Other than issues of racial discrimination, Herakles Farms has again been shown to be using intimidation, bribery, and lies to continue to push forward with its palm oil project. There are approximately $30 million of claims against Herakles Farms now at the Fako High Court that they are reportedly attempting to bribe their way out of. There are also reports that Herakles Farms has been defrauding the Government of Cameroon with tax revenue by not declaring all of their employees in their income tax returns to the Government. These incidents add to Herakles Farm’s long legacy of unethical behavior in Cameroon.