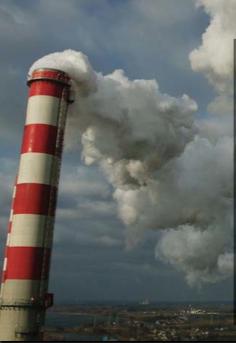 A panel of experts appointed by the government have concluded after a year of study that the construction of an open-pit mine in the Phulbari region of northern Bangladesh is a “practical approach”.  The 17 member committee, headed by the former chairman of the national oil company of Bangladesh, was formed a year ago to give opinions on the appropriate coal mining and its implications on social and environmental factors.

The Phulbari open pit coal mine was first proposed in 2004.  Global Coal Management Resources (GCM) would bulldoze 12,000 acres of Bangladesh’s most productive agricultural land and replace it with one of the world’s largest open-pit coal mines, Where they would extract extract 572 million tons of coal over the next 30 years.
To export the coal, the company plans to dredge through the protect Sundarbans mangrove forest reserve.

Calling this kind of coal mining “practical” in this era of climate change flies in the face of experts opinion on climate change.  Today, coal fired power plants are the biggest source of man made CO2 emissions. This makes coal energy the single greatest threat facing our climate.  Bangladesh, in particular, has much to loose from a warming climate and rising sea levels. according to National Geographic, Bangladesh ranks first as the most vulnerable nation to the impacts of climate change in the coming decades.

The Daily Star reported that over the past year the government had taken a “go-slow” policy on coal mining due to strong public resistance against open pit coal mining in Phulbari, but this new recommendation could reverse that policy.

In August 2012, the Bangladeshi activist group the National Committee for Protection of Oil, Gas, Mineral Resources, Power and Port held a rally in Phulbari in rememberance of the government’s massacre of protestors of the Phulbari mine 6 years ago.

The speakers at the rally denounced that the six-point Phulbari Accord signed between the government and Phulbari people on August 30, 2006, including driving the Asia Energy out of the country, banning the method of open pit mining and compensation for the dead and injured,  has yet to be implemented fully.  The committee threatened the government with tougher agitation if it has not implement the full agreement by the end of 2012.

For more information about coal mining in Phulbari and to take action, see our campaign:
Bangaldesh: Ban Coal Mine, Save Forests and Farms