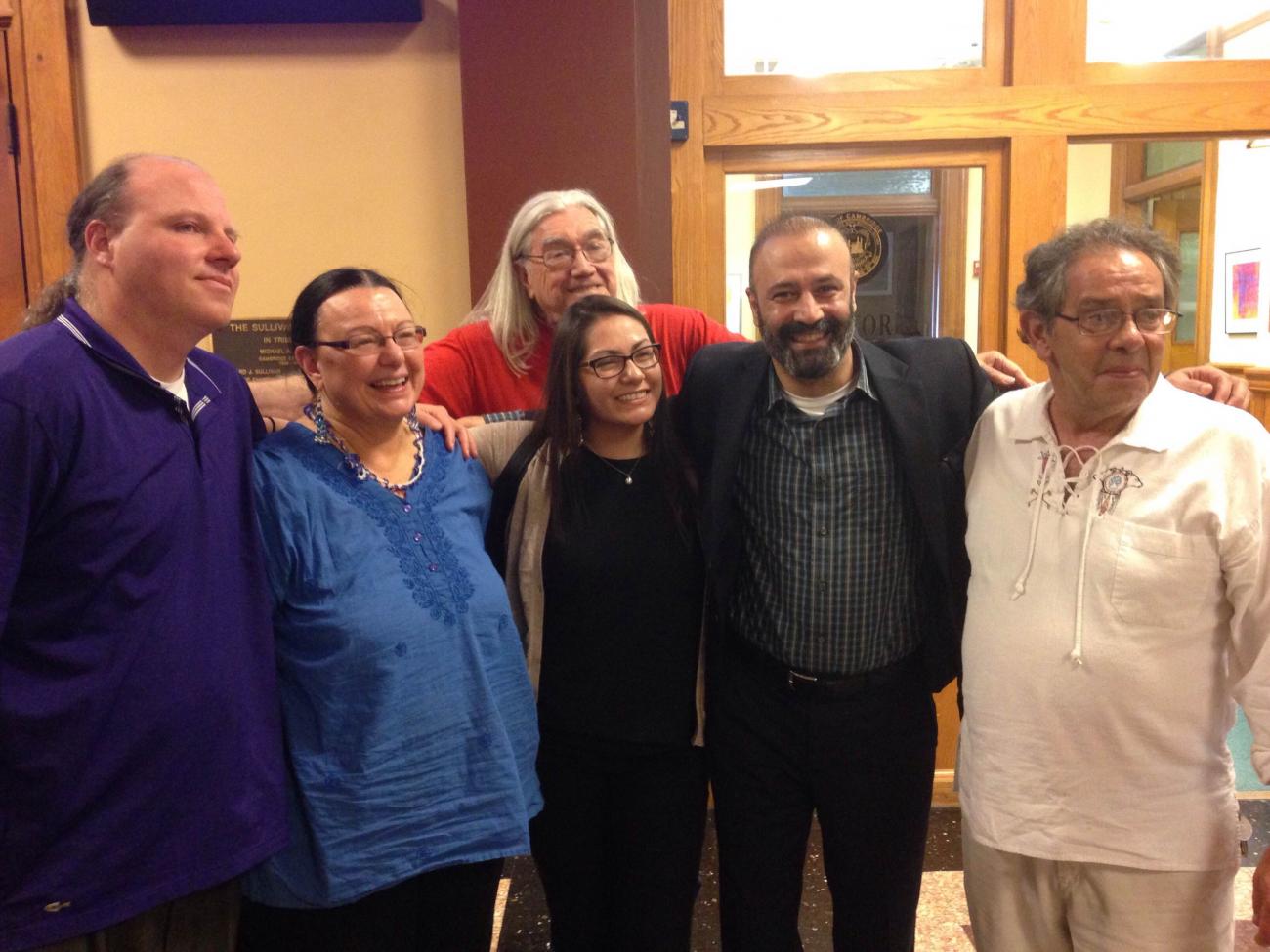 The second Monday in October will now be recognized as Indigenous Peoples' Day in Cambridge, Massachusetts.

On Monday, June 6th, 2016, Cambridge City Council voted unanimously in favor of a resolution to change Columbus Day to Indigenous Peoples' Day in the city of Cambridge, making it the first major city in the northeastern United States to enact this change.

The effort to make this transition has  been underway since 1992, which marked the 500th anniversary of Columbus’s first voyage.

Monday’s council meeting heard comments from dozens of supporters, including Indigenous representatives from the Wampanoag tribe, native to Massachusetts, as well as Mi'kmaq, Mohawk, Three Affiliated Tribes, Maya, Hopi, Cherokee , and Lakota tribal members. Additional comments were made by activist organizations including the Harvard University Native American Program, the North American Indian Center of Boston, and Cultural Survival, as well as a group of 8th grade students from the Putnam Upper school in Cambridge, who after studying the history of Columbus’s arrival, were inspired to make a change.

A number of Italian-Americans also spoke in support of the change.  The greater Boston area has a large number of Italian-Americans, some of whom have claimed that Christopher Columbus, who historians believe may have been born in Genoa, Italy, should be honored as a heroic figure.   Yet two city councilors, Dennis Carlone and Marc McGovern, both of Italian heritage, argued that Columbus was not a hero.  Marc McGovern explained, “I view changing Columbus Day to Indigenous Peoples’ Day as a cleansing for me, as an Italian-American. I do not want Christopher Columbus to be representing my culture,” he said before the vote Monday. “I really view it … as making a day that I can actually be proud of.”  Carlone agreed, “I am a history buff, and the truth is the truth. I totally support this effort. I have no confusion as to what is right in this issue.”

Mayor Denise Simmons concluded thanking those who have come out as proponents for the change.  “This is an important day in Cambridge.”

Mahtowin Munro, organizer of the movement towards Indigenous Peoples' Day in Cambridge, celebrated the success after the vote:

“City councilors and the people of the city of Cambridge have listened to multiple Indigenous voices talking about why we can no longer celebrate Columbus Day  and why instead we need to have a day that honors Indigenous Peoples and celebrates our ongoing presence here in the city and throughout the Americas.  We need to have a day that honors our ancestors who were slaughtered as a result of not only Christopher Columbus but all of the other European invaders who came, and that day is called Indigenous Peoples’ Day. And starting today, Cambridge, Massachusetts is going to celebrate Indigenous Peoples’ day instead of Columbus Day.  It’s a very historic day and a lot of people have worked so hard to make this happen and we appreciate the support of so many different communities who came out to help make this happen here in Cambridge."

Mahtowin and other community organizer’s next step is to take on the city of Boston.  Here are two actions that Indigenous organizers have asked supporters to take at this time to continue pushing this movement forward: