The struggles of Indigenous leaders of the Honduran Peoples within a multiethnic, multicultural and multilingual country that is made up of four ethnic groups: mestizo or white, Indigenous (Lenca, Misquito, Tolupan, Chorti, Pech or Paya, Tawahka), Garífuna and Creole-Anglo-speakers, have turned into streams of blood through the years, under the rule of capitalism. The disappearance and reports of indigenous brothers who have been silenced to death are quiet echoes in the ears of institutions that are supposed to be entities where justice prevails, but they are only have served as links to stop the song of the Peoples who suffer forgotten.

More than 120 murder cases of environmentalists have been recorded as of 2010. Palm oil plantations, mines and dams have become their graves over the years under the government’s cloak of corruption. The blood of martyrs such as LESBIA JANETH URQUÍA URQUÍA, BERTA CÁCERES, and NELSON GARCÍA, are among hundreds of others killed. They seem to be forgotten are they are silenced. The cries of the Indigenous Peoples, environmental refugees, remain amidst the cornfields, coffee plants and bean crops.

At the plantations, between the mountains and highlands of Honduras, dreams are woven and hope overflows. However, when the voices escape from the farms and the pleadings cross the valleys, the hand of corruption arrives, carrying the weapon that will make disappear anyone or anybody that denounces the corrupt, the destroyer of worlds, the infamous that ends dignity and extinguishes the hope for Justice. Human rights are not respected; Indigenous activists are threatened, persecuted and finally assassinated before the helpless watch of human rights organizations. 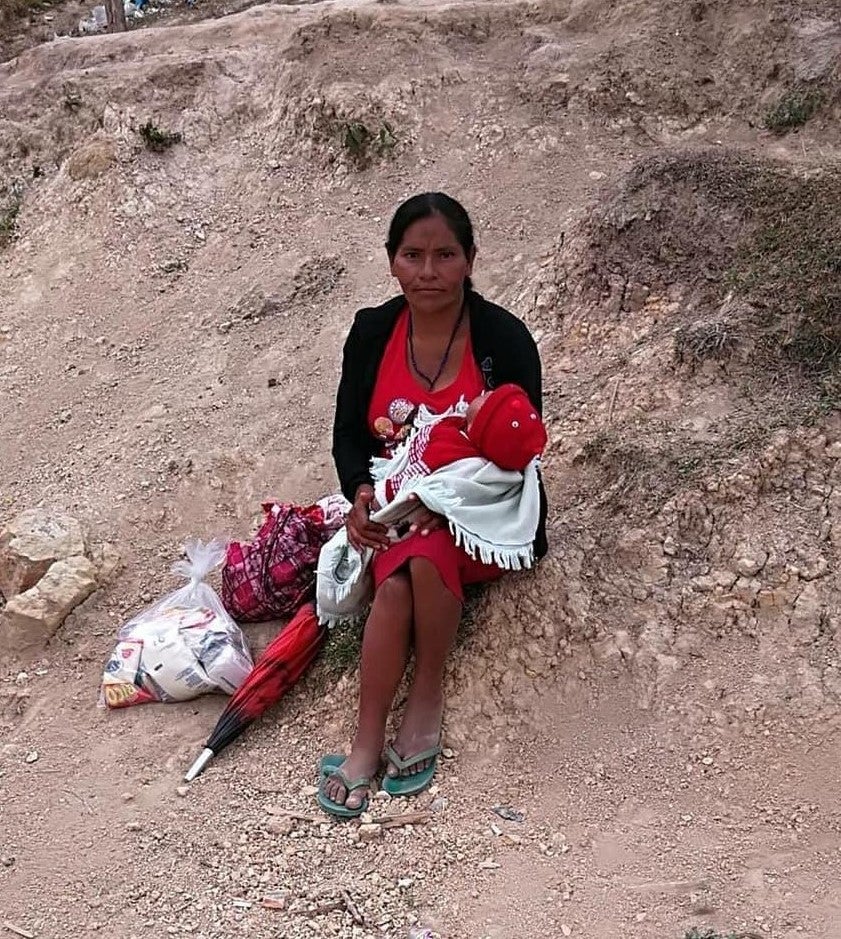 The government is killing this country, and the mourning is aggravated due to the recent vile disappearance of our Garifuna brothers Milton Joel Martínez Álvarez, Suany Aparicio Mejía, Alder Santana Thomas and “La Mamba”; The government is an accomplice in the kidnapping of our brothers, that most likely have joined the other fighters for the rights of their peoples, whose lives were taken by the instruction of those who try to silence them.

The UN has also been witness to the hundreds of murders of the defenders of Indigenous Peoples. However, the petitions to the government to clarify these crimes have only been empty records with null words and without due process. The Indigenous people continue to be massacred; they live under attack and harassment. No one guarantees their protection; their lands and natural resources continue to be taken away. Faced with this scenario, many of them have had to flee from their villages, making Honduras to be considered one of the most dangerous countries for defenders of the environment and the earth.

The multiple human rights violations suffered by men and women that defend the Indigenous Peoples, as well as the criminalization, death threats and recent murders of members of the Tolupán people have suffered in the defense of their lands, have unleashed fear among the people, but also have risen repudiation, due to the extermination of the Indigenous people brought about by the capitalists, whom are determined to do whatever they have to do to continue, including murders, which have happened for years and continue to increase in the different villages that demand justice.

The genocide and exile has expanded in the last 10 years, the destruction of the Indigenous peoples seems to have been adopted by the current government as a national policy, imposing the imperialist power of resource extraction. The government does not seem to recognize the existence of Indigenous Peoples, who live in precarious conditions, but demand a life with dignity.

Moreover, the government has become an expert in breaching the agreements reached with the Indigenous communities. Furthermore, the alternatives for the subsistence of these Peoples are increasingly becoming reduced, it seems that nobody cares what happens in the country, there is no real system in place that would support Indigenous Peoples in order to scrutinize the conflict, seek a necessary solution that would guarantee their safety and economic sustainability.

For these Peoples, Honduras is a place without opportunities; there is no state presence. They are massacred for the interests of a narco-dictatorship and they don’t have any opportunity to guarantee their survival under a genocidal regime. Authoritarian regimes have driven these groups to a situation of marginalization and poverty. To this picture is added the militarization of the zones, as well as the agrarian disputes that contribute to the exacerbation of violence.

The current government has built its power by means of a network of friendships, debts, favors and threats that have allowed it to handle the justice system becoming anything but just.  Political control has come to create differences between cultural caciques, demonstrating that preserving power is not achieved by popular and collective support and consensus, but by means of  “fear, imposition and force”. Under these circumstances, the bond is broken delegating power to the oppressor and further weakening the oppressed.

Consequently, the acts of forestry exploitation of natural resources, the aggressions, the impunity generated by the lack of clarity of crimes committed by the elite that governs the country, will continue to be a story of leaders who lost their lives in a violent history of antagonisms occupying a place among the voices buried in the silence of their graves.

The precarious situation of the Protestants who, under their trembling voices, cry out for justice, will fail before a government figure that endorses violence and steers public opinion; If measures are not taken today to stop this situation. It seems as if Indigenous Peoples are alone against the powers of the State that are complicit in the agreements to continue enslaving them and making them victims of their hunger for wealth and power. The destruction of culture and natural resources that provide people with their livelihood seems unstoppable. The heroes who have been silenced will be honored and remembered, but without concrete actions nothing will prevent the cries to continue to emerge from among the cornfields and huts of those who defend their rights. 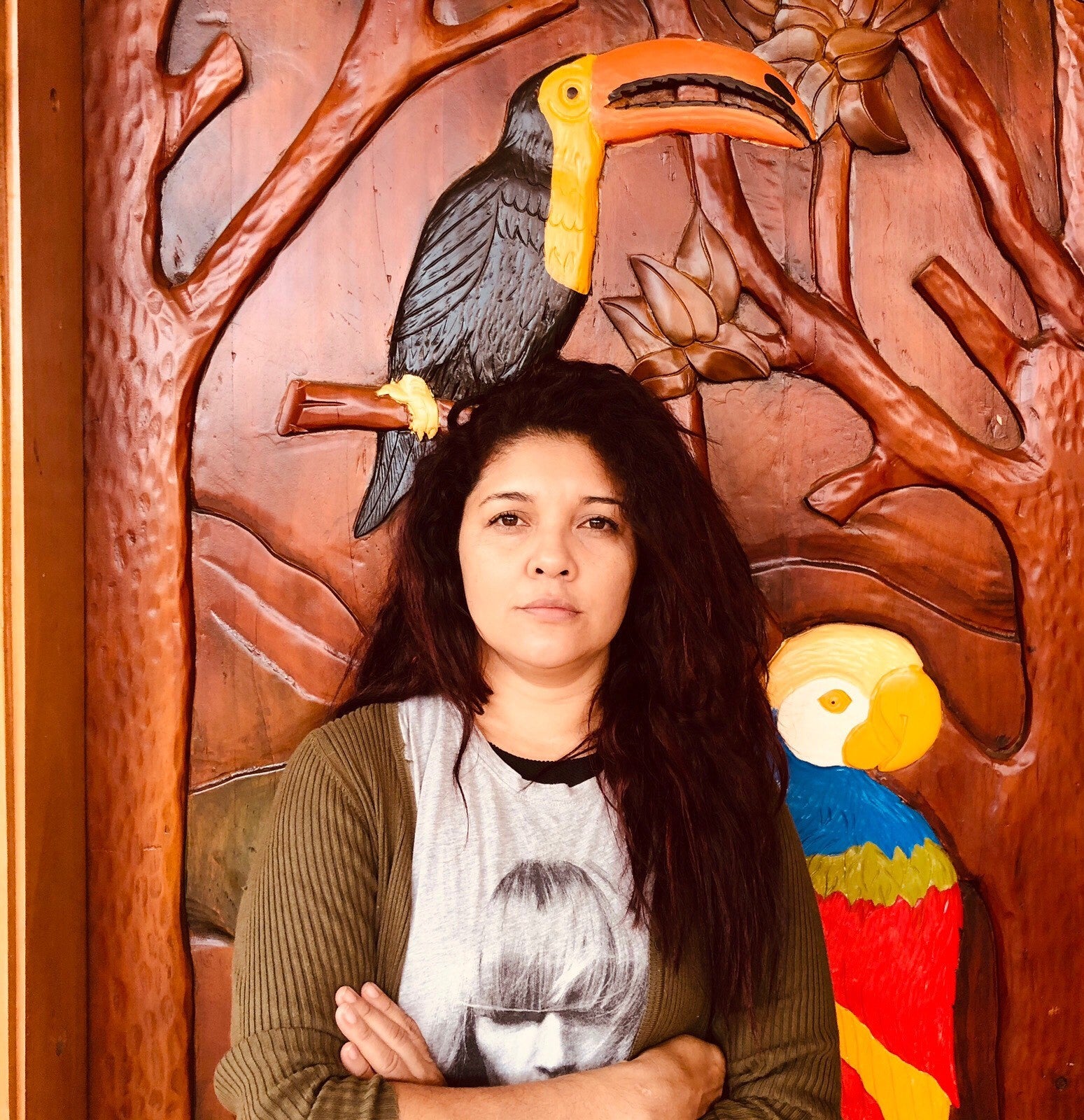 Where is the statement of these organizations, whose objective is to achieve international cooperation for the solution of economic, social, cultural or humanitarian problems and that are invested in the development and upholding human rights and the fundamental freedoms of all? We expect their support, they should be the voices that convey to the world the pain of our Peoples, the lamentations of orphaned children and the cry of our Mother Earth whose natural resources are being depleted and with them, our people who are struggling to survive.

--Karen Recarte is part of the Lenca Indigenous community and lives in Comayagua, Honduras. She works as a technical advisor in the development of rural projects. She provides training in administration of natural resources, productive management and organization for different Indigenous Peoples.