Blessing or Curse? The Chinchero Airport 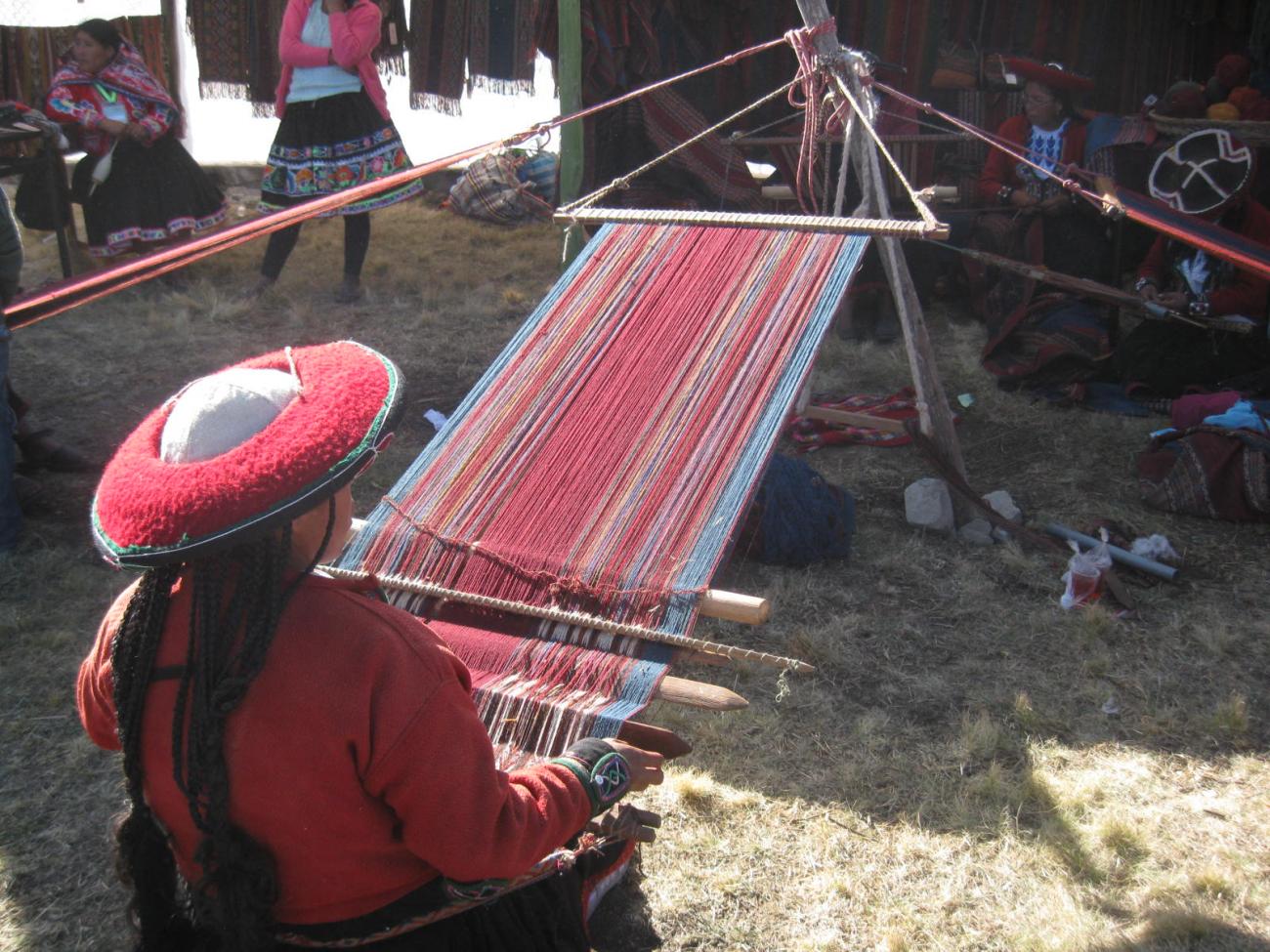 What happens when a development project driven by a purely economic logic is planned on an Indigenous town with primarily farming means of subsistence? Since the project of the construction of a new international airport in the highland town of Chinchero, Peru was first put forward some 40 years ago, division and conflict in this small and scenic Quechua-speaking community located near the famous tourist hotspots of Cuzco and Machu Picchu has been a pattern. Considered to be one of the most “traditional” places in the Cuzco region, throughout its history Chinchero has witnessed dramatic changes that have profoundly transformed its internal dynamics and relations with the outside world. And yet, at the same time, cultural continuity as expressed in practices such as weaving, the language, the social organization, reciprocity mechanisms, traditional medicine, etc, has stood as a proud hallmark of the town´s identity up to this date, an identity rooted in a Prehispanic and colonial past materialised in its great architectural heritage. Nowadays, however, Chinchero is in a dangerous crossroad, waiting to be provided with proper legal counsel as the town faces its most controversial project ever.

Systematically postponed over the years due to technical objections to Chinchero as an appropriate site for an airport (objections still standing), as well as for the pressures of the powerful tourist lobby in Lima fiercely opposed to its cuzqueñan counterpart, the project has been retaken as one of its flagships by the current Nationalist Government of President Ollanta Umala, who rose to power in 2011. Since then, State official propaganda both at the national and the regional levels has been actively promoting the idea of economic development and progress for Cuzco. The role of the booming tourist industry in Cuzco has been critical in fostering a misleading perception of tourism as the saviour for all the economic problems of the region and as a sure source of jobs for everyone. From this perspective, and arguing that the current airport is just too small by now, the new International Cuzco Airport in Chinchero has been presented to the public opinion by the Regional Government as a priority necessity to cater for the demands of an increasing flow of visitors from all over the world.

Since the beginning, the prospect of the airport in Chinchero, an impoverished district that attempts to make a consistent living out of tourism, has created a social fracture. A significant number of villagers have accepted the idea of the airport as the purveyor of very much needed jobs and prosperity for the town. Many others have, however, rejected the project and have expressed deep concern for the likely sociocultural and environmental consequences of this large-scale intervention over their ancestral land. The first group argues that Chinchero should not miss this opportunity that will bring economic development for them and the generations to come; the other fears that the cost in terms of ecological damage and cultural disruption will be just too high and call into question the promise of economic “benefits” of the airport. The situation is further compounded by the sociological composition of the community. The District of Chinchero is divided into three main historical ayllus orcommunities (Yanacona, Cúper, and Ayllopongo). The airport will be constructed in Yanacona territory, whose lands have already been sold. This means that only the comuneros (community members) from Yanacona have received money for the project so far, whereas people from the other two communities have not yet seen any money and they are the ones who oppose the project the most rightly arguing that, apart from not getting money, they will equally suffer from its negative impacts. As a result, inter-ayllu conflict and resentment has only exacerbated in the district.

The way the Regional Government has led the process in Chinchero has been disloyal and misguiding. In the early stages of the negotiation process, Yanacona tried to circumscribe the talks within current International legislation that acknowledges the rights of Indigenous Peoples to previous consultation and to an informed decision. However, the Government denied the Indigenous status of Chinchero on the grounds that the town was “too close to a city”. Furthermore, instead of working with the three communities altogether and explain to them in details the wider and long-term implication of such a mega project for a rural district, they dealt directly only with Yanacona offering money for their lands. The price agreed per square meter was below standards and during the negotiations the Regional Government played the card of taking the airport elsewhere at a lower or no cost if their conditions were not met.

Had they encouraged the participation of the other two communities in the decision-making process and informed the residents of the problems involved and the risks associated with the airport, the resulting vote would have been quite different as the Regional Government would have faced severe opposition to the project. Unfortunately, those attempts to raise debate over sensitive social and environmental issues have been readily dismissed by the Government and their allied local media as running contrary to the “progress” of Cuzco and their promoters have been portrayed as something close to subversive, and hence socially dangerous, individuals.

The fact is that once the land has been sold, Yanacona has been left alone with the perspective of managing and negotiating the airport within their territory and all what will come with it. Not even the municipality is providing the technical support and legal assistance that the community badly needs. The district´s mayor is a declared political enemy of Yanacona´s president and he has prioritized the politics of the district over the real needs of the ayllus in this critical moment. A number of serious challenges lie ahead for Yanacona. After the majority of the community voted in favour of the airport, this is a torn community. Infighting has set in over land disputes and the necessary steps to be taken.  Still many of its members show serious concerns and face great uncertainty due to the lack of clear information about what kind of project will finally materialize and how it will affect their lives. Once the airport takes a portion of the land, a process of re-territorialization and re-organization of what is left has to take place. Those who have been displaced by the land sale will have to be relocated elsewhere. Comuneros want their territory free from outside illegal invasions and uncontrolled urbanization. They fear that the airport will attract many investors interested in buying and selling property and that speculation will be rampant. Indeed this already happening in other communities nearby, where the traditional pattern of communal property is changing into one of private property. Many other outsiders just looking for new business opportunities may arrive and settle in. Comuneros feel helpless to eventually stop or control the new territorial dynamics that are likely to happen. Given the poor regional standards in matters of urban planning and organization, there are reasons to expect spatial chaos, social disorder, and cultural disruption. Besides, they want jobs from the airport. They want to participate in its construction and get longer-term jobs once the infrastructure is running. Nothing of this has been guaranteed, except that the airport will be built by a private consortium that will in all likelihood prioritize its conditions and its own people. The same way Yanacona needs advice, so does Cúper and Ayllopongo to protect their lands. Unless the Government steps in to halt the project or it is encouraged to do so by external pressure, there will be no hope for the people of Chinchero in order to get a fair process that safeguards both their rights and their environment.

--Pablo Garcia is a PhD candidate in Social Anthropology at the University of St Andrews, Scotland.