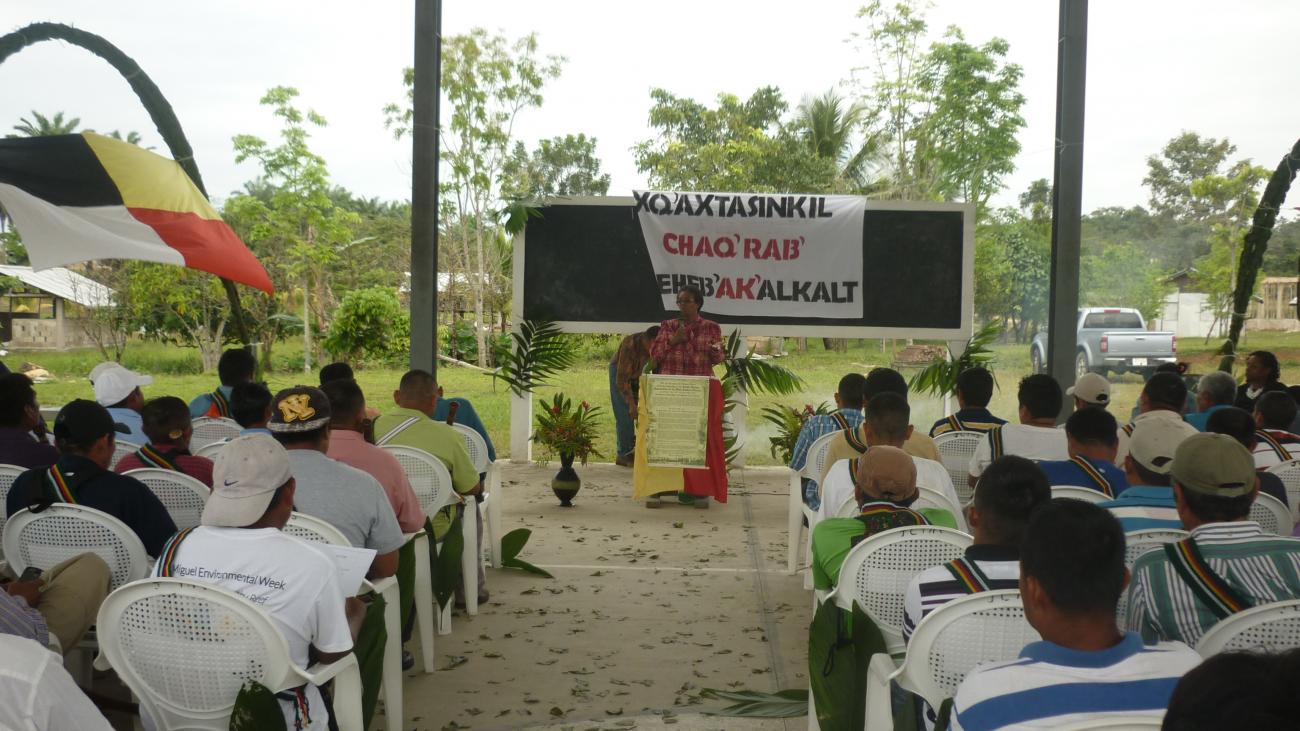 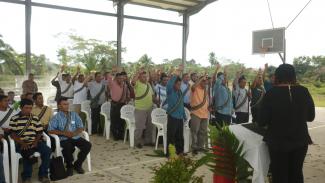 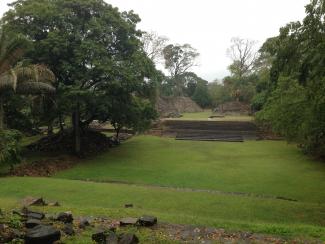 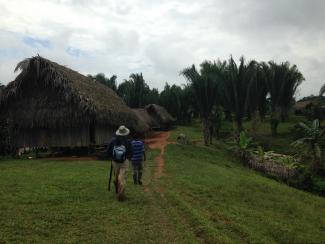 The Maya people of Toledo are scheduled for a hearing to reaffirm their land rights case at the regional Caribbean Court of Justice in April of 2015, after almost a decade of back and forth in the national courts in Belize.  Their claim to the land has been upheld twice in the Supreme Court, once in 2009 and again in 2013.  The government of Belize continues to assert that the land title the Maya hold should not be considered Native or Indigenous land title, but merely based on a long period of occupation.  However Maya leaders are optimistic about the ruling:  "We are of the belief that it is our unity, our long standing customary practices that has sustained us and our humble leadership that yet again we will achieve not only the favors of the court but the minds and hearts of many people. The struggle of the Maya is the struggle of all people,” announced Alfonso Cal, President of the assembly of traditional leaders, looking forward to the hearing.

Indeed, this case has upheld Indigenous land rights at every stage, and has become precedent setting in Belize as well as internationally, where it has caught the attention of Indigenous Peoples fighting similar land rights battles with their colonial governments. Senior Counsel Antoinette Moore, the Belizean lawyer working on the case, noted, "The final appeal of the Maya communities of southern Belize before the Caribbean Court of Justice raises the important issues of Indigenous land rights, equality, and cultural integrity in the post colonial Commonwealth Caribbean."

The Maya have been fighting to legally established their land rights, guaranteed to them in international human rights documents like the UN Declaration on the rights of Indigenous Peoples, since 1997, when several Maya villages learned that their ancestral land had been declared a national park without their consent or involvement. A decade of domestic legal cases later, the Supreme Court of Belize handed a major victory to Indigenous Peoples by ruling that the Maya villages of Conejo and Santa Cruz have customary tile to the lands they traditionally use and occupy in accordance with their ancestral land tenure system. In 2010 the Court extended that title to all Maya villages of southern Belize.

Meanwhile, the Belizean government has tried to avoid implementing the decisions at each stage, bringing appeals to the decisions, and in 2010 has used their authority over the natural park Sarstoon-Temash, to grant oil concessions to Texas oil company US Capital Energy.

Pablo Mis, spokesperson for the Maya Leaders Alliance, spoke of the heavy toll this antagonism has taken on the Maya people. "We have been dragged through the courts, we have been placed against each other and we have been called immigrants to the lands where the sacred bones of our ancestors rest. Like the trees of our land we swayed under pressure but kept reaching out to the sunlight. Our spirit was never broken. Looking ahead, our desire as the Maya Q'eqchi and Mopan communities of southern Belize is to begin the transition to a new model of living in harmony with nature and with one another."

International human rights bodies have overwhelmingly ruled in favor of the Maya.

The UN Human Rights Committee and the Inter-American Commission on Human Rights have called on Belize to recognize Maya land rights and desist from issuing resource extraction concessions.  These recommendations come on the heels of similar pronouncements from the UN Committee on the Elimination of Racial Discrimination (CERD) and the UN Human Rights Council in its Universal Periodic Review of Belize, and consistent support from former UN Special Rapporteur James Anaya.

The hearing will take place April 22-24, 2015 in Belize City where the court will be sitting to commemorate the fifth anniversary of Belize joining the Caribbean Court after formally replacing the UK-based Privy Council in June 2010.