Being Ñuu Savi, in Ñuu Koyo (City in Mexico): A Migration Experience 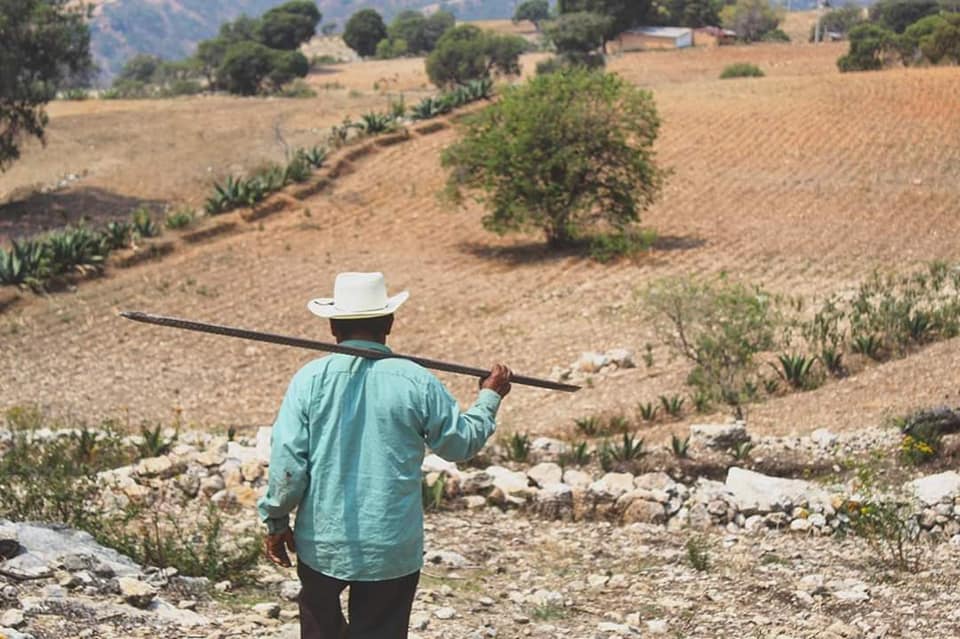 The experience as a student of ethnology at the National School of Anthropology and History (ENAH) in Mexico City, has allowed me to reconstruct the narratives around what it means to be a native in the city. In this sense, I identify native, from one of the many originating towns in this multicultural country, whom the mestiza and white population call "Indians" the product of colonial heritage. This term aims to homogenize the country's Indigenous Peoples and responds to a long-standing social historical discourse in the national state.

The Indigenous Peoples to which I belong is Mixtec, a term of Nahuatl heritage that dates back to pre-Hispanic times, and which has remained until today. Recently, frequenting the circles of some natives who were in different situations, I realized that we are actually the Ñuu Savi. Our territory comprises three states of the republic of Mexico: Puebla, Guerrero and Oaxaca. My family belongs to the latter state, and it happens that the name, my People, does not appear in their home language on the map.

Recently, I began working on the reconstruction of the historical memory of my town, as a family and personal project, in order to preserve how little belongs to them. Being Ñuu Savi was fortunate because I had access to stories and teachings about various aspects of life, which is what known as the worldview. During my childhood, for me, Indians were the ones I saw in Hollywood western films in the United States, where they faced white settlers. Then I knew they lived in designated areas, called reserves.

As a teenager, I knew that the people, like me, brown and dark-skinned, black hair and with a culture distinct from the national culture, belonged to the category they called "Indians". In Mexico, being Indigenous is no cause for pride, since you have the idea that you belong to the lower class of the social scale and it is a fixed ancestral belief that opposes the ideal of progress. There were many acts and experiences that I did not understand and could not explain to myself from my own reality. That is what racism is all about, and it extends to every population in the country.

Although the most recent discourses still appeal that being Indigenous is a source of pride, in Mexico City, the educational model is designed for the migrants to integrate, not in a relationship of interculturality but of acculturation, which is a form of denial of the identity of the other. I am one of the thousands of native citizens who have migrated with their parents, the product of the economic crisis and the precariousness of the way of life in their places of origin.

Just at this time when the current government is praising of a character like Don Benito Juárez, it is that I reflect on the figure of the Indian for excellence of the history of Mexico as the bastion of the type of Indigenous aspired by the ideologies of the nineteenth century; an educated and polished Indigenous with Western education. In the classrooms of government schools, the character's meritocracy is made a to be a role model on the part of the Native; if you want to be accepted into society, this means being half-breed. Even among the natives themselves, I have found admiration for the figure. From my point of view, he contributes to the vision from above by the ruling classes, who saw the Native as a subject who should disappear and be absorbed by the half-breed, most racially favored by his ideas. In Mexico it is common to hear from people the phrase "improve race", when mixing Indigenous characteristics with those of mixed-race and white, as an aspiration to follow. This is widely encouraged in various spaces, and as a model within the media.

I have also found some people looking for their European ancestry in their family stories, however, that is not the case among some Natives. It would be very strange for someone to mention that they have relatives who descend from some original people, and if they did, it would be to exalt a kind of indigenous ideal. Using the idea of Williams Y. this would be the equivalent to the "missing Indian", who is a native model built with the wild nobleman, a heroic subject, knowledgeable of nature and spiritually strong, portrayed as a subject belonging to a mythical age, distant and unrelated to the Natives who are currently settled throughout the country. It is for this reason that the type of Indigenous with which the national culture of Mexico has been identified, are those of pre-Columbian cultures such as Maya and Azteca, mainly.

The migration experience in Mexico, despite being a multicultural country, is faced with a struggle or dispute internally in order to survive as a Native. Currently there are many spaces in which only the Natives are venturing. Personally, I have given myself the task of rebuilding my origins; through language, I approach the toponymy of my people. This was a process of imposition along with racism that forced many speakers to let the language get lost. Even today, some Natives say, "You still can't speak well", because the discourse they were taught is that being Native was synonymous with backwards. Recently, in different spaces in my Indigenous People, I regained writing as a fundamental part of changing the narrative of what it means to be Indigenous to Mexico, because the vision of what it's like to be Native, came from outside for a long time. In official history, there are no Natives; only the Indigenous of a time, whose best legacy is the vestiges found in museums.

The fact that I recovered my family's stories in that conceptually distant place for me was the process of positioning myself as a Native and assimilating that story that was not important to national culture. My people have encountered migration since the 1940s, there is a record of work as farm laborers to the north and to sugarcane farms in the state of Veracruz in the 1980s, to Mexico City in the 1990s, and recently to the north of the country and to the United States. 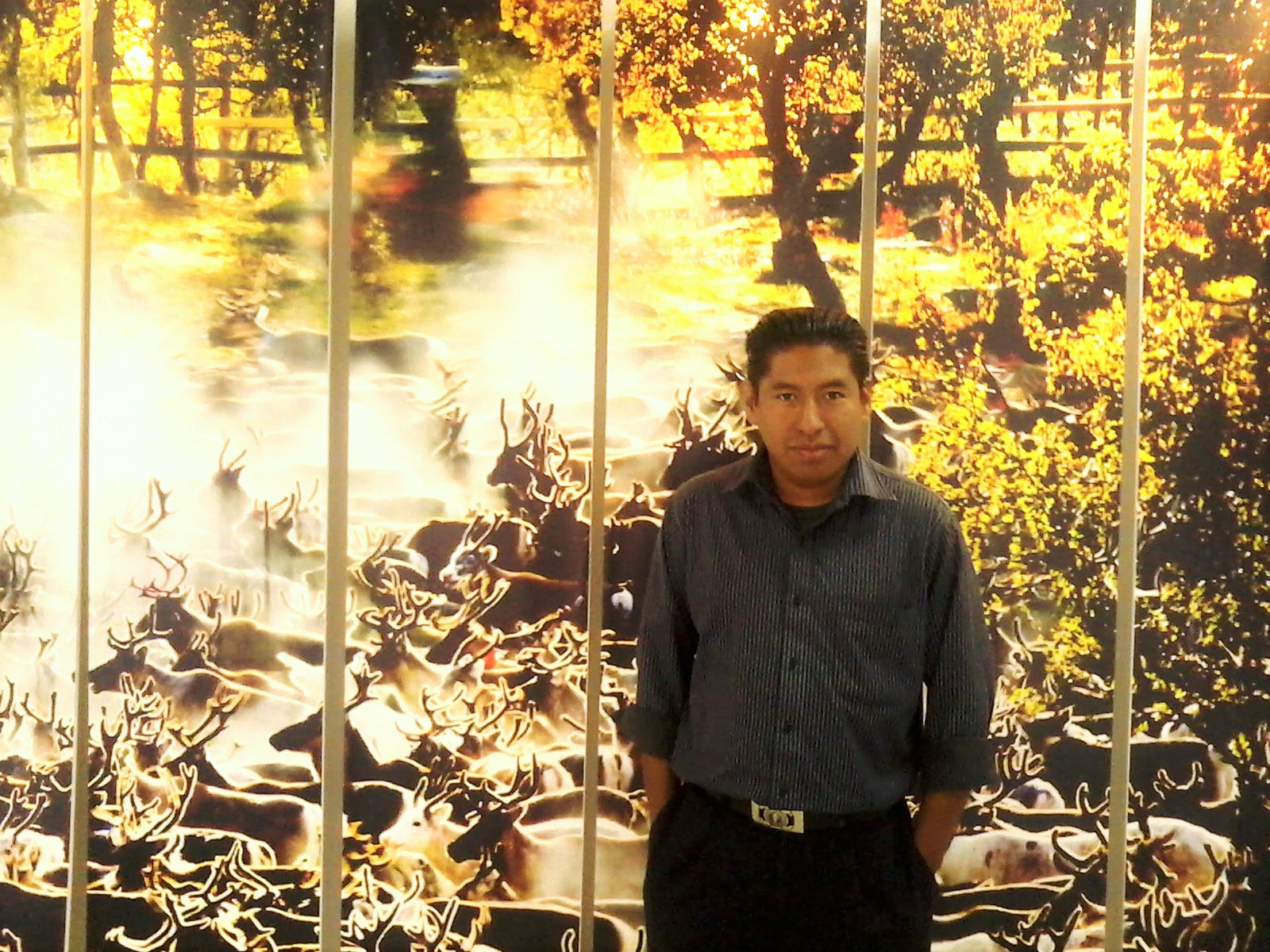 Being a Ñuu Savi (People of Rain) has been a complex story where there are two ways of understanding yourself, are confronted by the ideas of being accepted. On one side, there is the discourse where it is stated that being a Native is a source of pride and on the other there is the idea that, to be accepted, one must stop being a Native, as an implicit discourse, of Indigenism.
Mexico has been reconfiguring this multicultural reality, but it is still a long way from this situation translating into a different relationship away from discrimination, an encouraging case is in Ecuador that is recognized in its constitution as a multicultural state. This would greatly improve the vision of being a Native, in my country.

--Lucio Bautista (Ñuu Savi) is originally from the state of Oaxaca in southern Mexico. Graduated with a Bachelor of Ethnology at the National School of Anthropology and History (ENAH), he presented a joint thesis on the original Kichwa Otavalo people of Ecuador, in the historic center of Mexico City, in 2019. He currently conducts a compilation of oral tradition with family members about the life of his people.