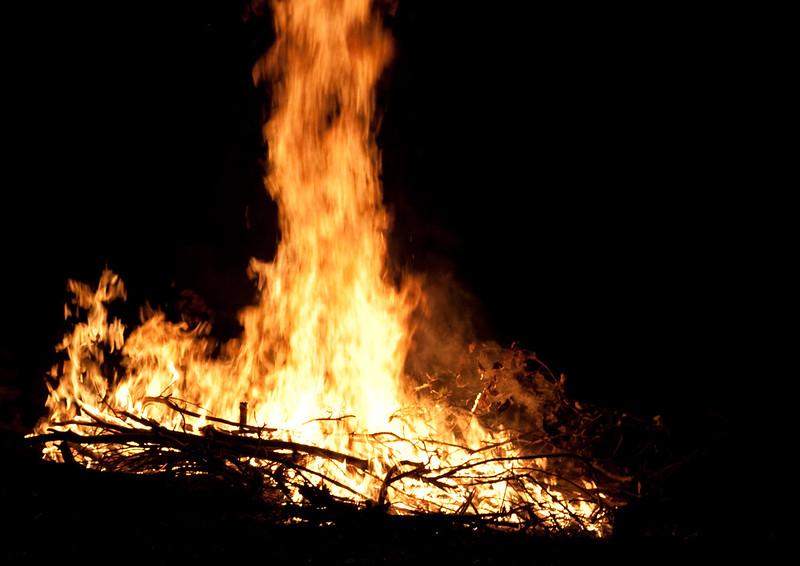 Australia’s bushfire season officially began in late August, earlier than normal, and is barely halfway through its season. As of January 3, 2020, this season’s bushfires along Australia’s eastern states have burned or are currently burning over 11 million acres of land, killed 20 people (with that number expected to rise), and destroyed more than 1,400 homes. More fires are burning in the other states of South Australia, Western Australia and Tasmania, with no end in sight. Townships are running out of water, electricity, and other supplies. However, the impact of the fires on Indigenous Australians is largely missing from media coverage. Several Indigenous Protected Areas along the New South Wales and Victoria coastlines, including the Wattleridge and Minyumai Protected Areas, have been decimated. Five homes in the Yuin community, along with the Mogo Local Aboriginal Land Council building, have been lost. Other Aboriginal communities, such as Lake Tyer, have barely survived.

“Greater devastating fires are the future for Australia if we continue to apply short term thinking to what is a long-term problem, [one] that has been 200 years in the making,” said Oliver Costello (Bundjalung Jagun), CEO of the Firesticks Alliance.
Indigenous leaders have called for changes to current land management practices to help limit the fire damage in future years, drawing on Aboriginal and Torres Strait Islander traditional practices. Exactly how Australia’s First Peoples used fire in land management is still under debate. Contributing to the confusion is the fact that Indigenous Australia is hugely diverse, with Indigenous Peoples using different methods across various environments. However, burning appears to be a crucial way that Aboriginal and Torres Strait Islander Peoples cared for the land. The Nyungar People from southwest Australia, for example, used fire as one of their main tools in caring for Country. Fire, for the Nyungar People, is the centerpiece of home and family, and is prominently featured in ceremonies. It was also used to clear undergrowth, promote new growth, and to prevent higher intensity fires that destroyed all growth.

Controlled burning or ‘back-burning’ as a form of wildfire risk reduction is quite common in Australia, although its effectiveness has recently been questioned. Contemporary controlled burning practices differ quite significantly from traditional Aboriginal burning practices, and much could be learned by better understanding how Australia’s First Peoples used fire. Contemporary controlled burning practices are scientific in nature, scheduled for specific days (to minimize disruption to everyday life) and subject to specific weather conditions. They also are typically lit from the air, and are larger and more intense than those started by Aboriginal Peoples. In contrast, Indigenous Peoples would control burning by walking the land, keeping fires slow, small and localized.

Costello is calling for support to train over 100 accredited Cultural fire practitioners across Australia to read Country and apply cultural fire regimes that care for and protect Country, life and property. “Cultural Fire practitioners are being constrained from protecting communities and the environment through a lack of investment along with red and green tape informed by western views of land management that are continuing to cause devastating consequences for Australia,” Costello said.

“The current rate of wildfires and mismanagement of country taking us down the road of mass extinction, of many trees, plants and animals. Unless there is a shift for returning people back to the land like indigenous management practices we will only spiral further into depletion,” said Indigenous fire management specialist Victor Steffensen said in a recent tweet. “We need people on the land full-time, looking after country, knowing when it’s ready to burn,” Steffensen said on ABC radio program RN Drive.

In November, Russell Irving, the project coordinator of the Minyumai Indigenous Protected Area on the northern New South Wales coast, published an open letter about the fires. “These and other fire control measures have become largely ineffectual in the face of the devastating and growing impacts of climate change in the region,” Irving writes. “The 10 Bandjalang Aboriginal rangers we employ and their families are at risk of losing their workplace and livelihoods. Many have lost their homes from the nearby Bora Ridge fire and others are suffering ill health from the smoke.”

In addition to the devastating loss of life and flora, almost half a billion animals are estimated to have perished so far in the fires, although experts warn if will be months before we may never know the full extent of the damage. Koalas, a slow-moving, tree-dwelling marsupial native to Australia, are amongst the hardest hit. The Australian Koala Foundation estimates that, prior to this season’s fires, there were less than 80,000 koalas in the wild, and current estimates are that as many as a third may have perished since September. Koalas live along the east coast of Australia, making their homes eucalyptus trees. Eucalyptus oil is highly flammable, and the intensity of the fires means that, even at the tops of the trees, koalas are not safe. Wildlife rescue organization WIRES reports that animals, if they survive the fires, are suffering intense burns on their feet or paws, and struggling to cope with heat stress. Even post-fire, these animals will struggle with food and water shortages as their habitats are destroyed.

In an open letter to the NSW Premier Gladys Berejiklian last month, Stand Up for Nature - an alliance of 13 Australian environmental organizations - called for an immediate cessation of logging. “The effects of the catastrophic fires have been so far-reaching that allowing further loss of habitat and impact on native species would be unconscionable,” they wrote. “There needs to be a full assessment of the impact of the fires on the entire forest network, on threatened species and ecological communities, and reappraisal of existing wood supply commitments.”

There are a number of fundraising efforts being undertaken to support communities whose homes have been lost, and wildlife whose habitats have been destroyed. Independent artist Neil Morris (Yorta Yorta), also known as DRMNGNOW, has started a gofundme page to raise money for Indigenous Australians who have been displaced from Country due to the fires. Firesticks Alliance has launched a fundraising campaign to help support affected communities and Country to heal in the aftermath of recent and future bushfires, and to train over 100 accredited cultural fire practitioners across Australia.