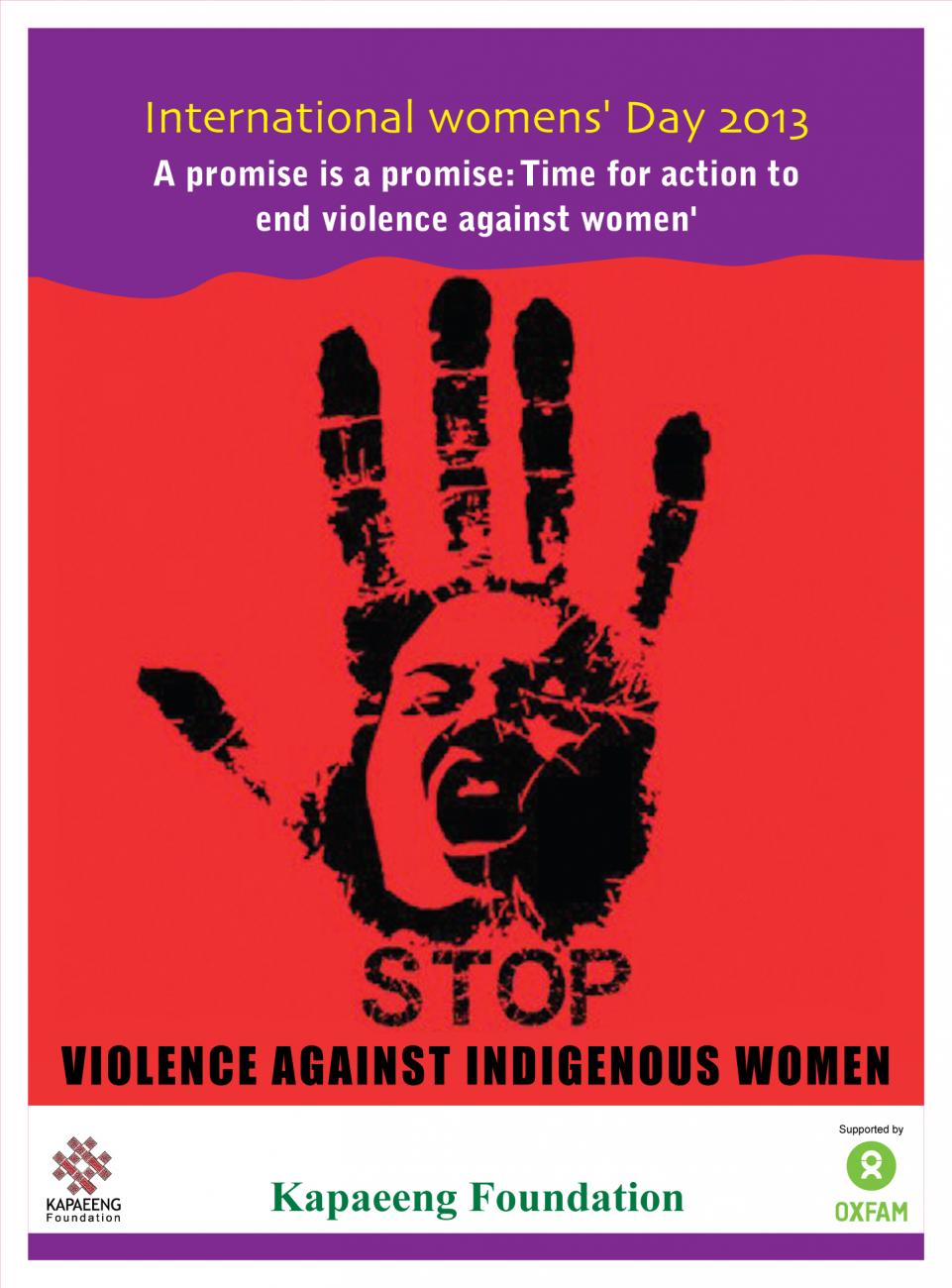 An Analysis by Kapaeeng Foundation of the Human Rights Situation of Indigenous Women and Girls (January-July 2015)
The human rights violation on indigenous women and girls in Bangladesh has turned into a matter of grave concern over the years. As a part of its sustained work, Kapaeeng Foundation monitored and documented the cases of human rights violations on indigenous womenand girls for the period January-July 2015. The findings of Kapaeeng Foundation project an alarming trend of violence against indigenous women and girls (VAIWG) in the country. During this period, Kapaeeng Foundation documented 42 cases of VAIWG. In these 42 cases, 56 indigenous women and girls were fallen victims of violence, 29 of them are from the plains and 27 women from the Chittagong Hill Tracts (CHT). A close look into the cases during first half of the year reveals that 8 women and girls fell victims of gang rape, 11 fell victims of rape, 10 fell victims of attempted rape, 16 fell victims of physical assault, 6 fell victims of sexual harassment, 2 fell victims of abduction and 3 fell victims of killing. What is most disturbing is the victims who fallen prey to violence are mostly minor and adolescent girls, belonging to the age group of 2 to 19. It appears that this age group was the easiest target of the perpetrators during the period of observation. And most of the perpetrators of these incidents allegedly belong to Bengali settler community and were influential members of mainstream population. The observation of Kapaeeng Foundation over the first seven months of the year 2015 demonstrates that the causes of VAIWG remained similar to previous years. A good number of cases of VAIWG occurred during January-July 2015 were centered around the lands of indigenous peoples. For example, on 19 June 2015, at least 10 indigenous women were physically assaulted and one woman was raped in Mirsarai, Chittagong in connection to an attempted forced expropriation of their ancestral land. It is observed that in a good number of cases, the perpetrators including members of Bengali settlers in the CHTand influential locals in the plains used rape or other forms of sexual violence as weapons to uproot indigenous peoples from their lands. And in other cases, the perpetrators used violence as a way to express their hegemonic masculine attitude towards indigenous women using them as sexual objects. Although the first seven months of the year demonstrates an alarming trend of VAIWG, the legal justice system has apparently failed to ensure protection and justice of the victims. It is observed that although cases were filed after most of the incidents of VAIWG were occurred, the alleged perpetrators were not arrested and brought to justice except for very few cases. Furthermore, the unfriendly legal justice system in the country often coupled with the financial incapacity of the victims, lack of follow-up of the cases, lack of awareness of the victim and their families, existing social taboos, patriarchal mindset in different corners of the society and lack of legal aid services in the country have contributed to the impunity of the perpetrators. It is also alleged that the perpetrators often use money and forceto manipulate the justice system and go scot-free. Taking the advantage of the financial incapacity of the victims and their vulnerable social positions, most of the perpetrators tend to settle the matters locally through threat, intimidation and offering a certain amount of money as compensation.