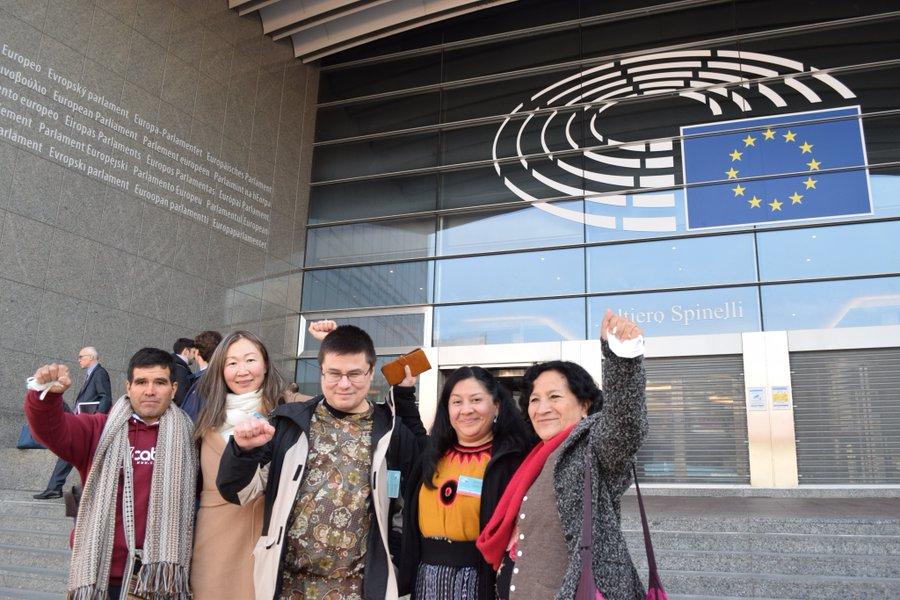 In March of 2022, we — Cultural Survival’s Executive Director Galina Angarova (Buryat) and Director of Programs Avexnim Cojti (Maya K’iche’)— traveled to Brussels, Belgium, to meet with Members of the European Parliament (MEPs), environmental and civil society groups engaged in advocacy efforts around the new European Union (EU) battery regulation (original text) and the proposed horizontal due diligence law. Our deep gratitude to our partners in Brussels - European Environmental Bureau and CATAPA, for organizing the meetings, and providing ongoing support on the ground and Transport and Environment for joint advocacy and supporting our causes. Our goal was to advocate for the inclusion of references to Indigenous Peoples, the UN Declaration on the Rights of Indigenous Peoples (UNDRIP), and the Free, Prior and Informed Consent (FPIC) to ensure that the rights of Indigenous Peoples are secured during the transition to a green economy and that the same mistakes linked to the extraction of fossil fuels are not repeated.


The EU is one of the largest markets in the world with over 700 million consumers and much of what is happening in the European Union is going to dictate how the raw materials for batteries are going to be sourced, processed, and traded globally. Understanding how Indigenous Peoples have historically been on the margins, and our voices not heard, it was important for us to deliver urgent messages to the parliamentarians about the direct impacts of transition mineral mining on Indigenous communities.

There is growing evidence that Indigenous Peoples’ lands and territories and mining for transition minerals overlap around the world. Infringements upon Indigenous Peoples’ lands, territories, and their rights in pursuit of lithium, cobalt, copper, and nickel are already happening in many parts of the world without any proper FPIC protocols. The two pieces of EU legislation are groundbreaking in the sense that they aim to provide mechanisms for accountability, transparency, human rights commitments, and environmental protection throughout global value chains. The new legislative initiatives propose stronger requirements on sustainability, performance, and labeling. According to the newly adopted position by the European Parliament, the battery producing industry should ensure that the battery value chain complies fully with human rights and environmental due diligence obligations, thus addressing risks around the sourcing, processing, and trading of raw materials.

Cultural Survival’s delegation joined land defenders from Cajamarca, Peru, who were on a speaking tour organized by a Belgian organization CATAPA, a social movement that denounces the impact of mining. We were able to meet with a German MEP Malte Gallée, a representative from the German Green party, and a member of the Committee on the Environment, Public Health, and Food Safety, who currently serves as the Shadow Rapporteur on Batteries Regulation. In addition to presenting our concerns, we conducted an interview for Indigenous Rights Radio with Gallée on the new EU battery regulation. Malte Gallee is the youngest MEP representing his constituency.  His goals are to have a positive impact on the environment and to respect and protect the rights of communities being affected by megaprojects. 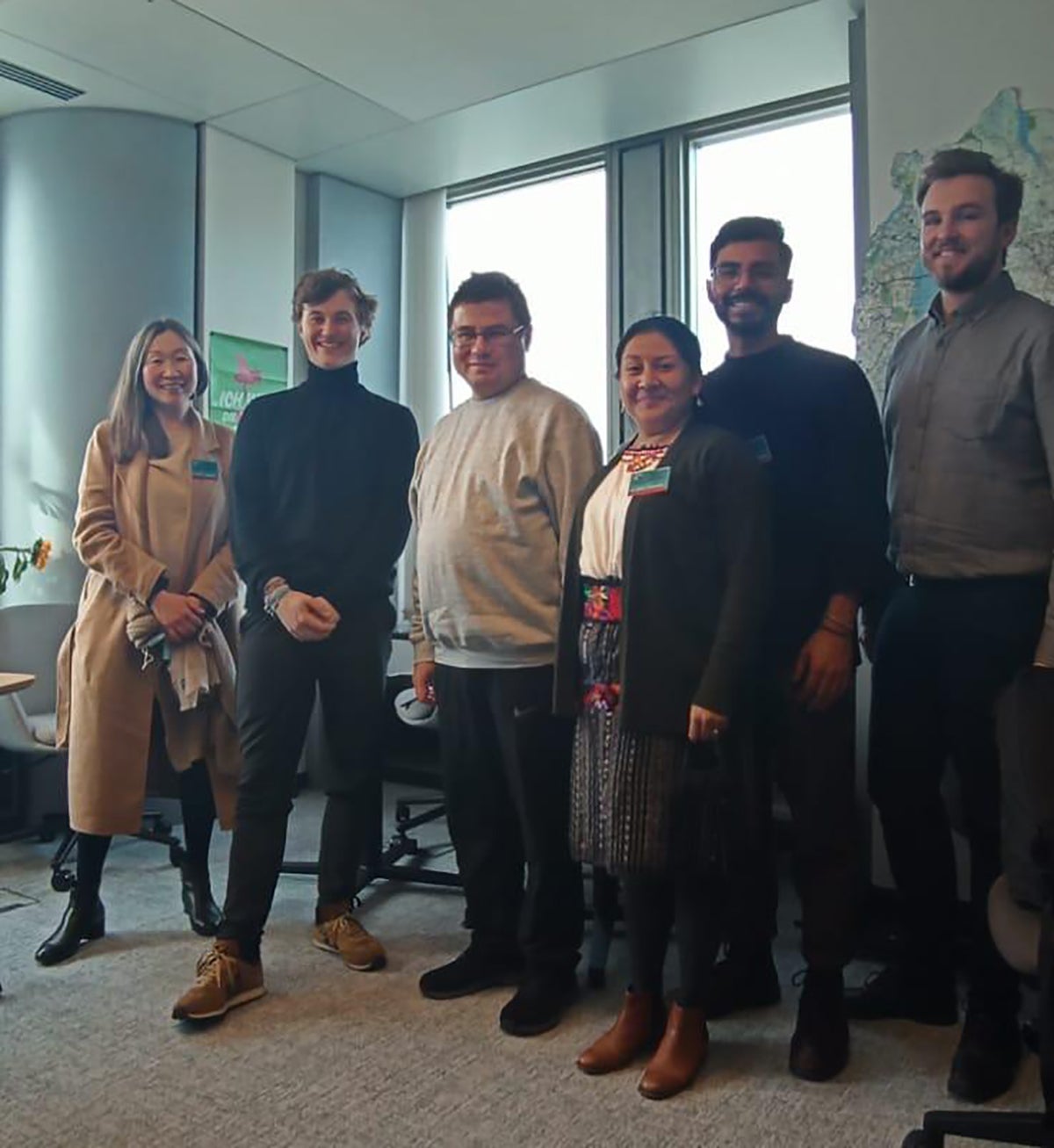 A week after the European Parliament’s position was agreed upon, the European Council (which represents EU Member States), also agreed and finalized its position. Next, the two bodies together with the European Commission will undergo interinstitutional negotiations in a so-called “trialogue” period between mid-April to summer. We will continue to advocate before the trialogue so that the text adopted as a result of the negotiations among the EU parliament, EU Council, and EU Commission, is not watered down and that references the rights of Indigenous Peoples and the UN Declaration on the Rights of Indigenous Peoples are kept.

The mention of Indigenous Peoples in the next version needs to be capitalized, as recognized by international standards in the International Labour Convention 169 (ILO 169) and the UN Declaration on the Rights of Indigenous Peoples. We will also focus on the European horizontal due diligence law as there is a strong link and interplay between the two files. There is much opportunity to strengthen the language on Indigenous Peoples’ rights and to also push for the inclusion of Free, Prior and Informed Consent in the text of the horizontal due diligence law, in addition to the UNDRIP and ILO169. We will continue to engage with our partners working from Brussels on these key issues, as well as track the monitoring and implementation of these standards. 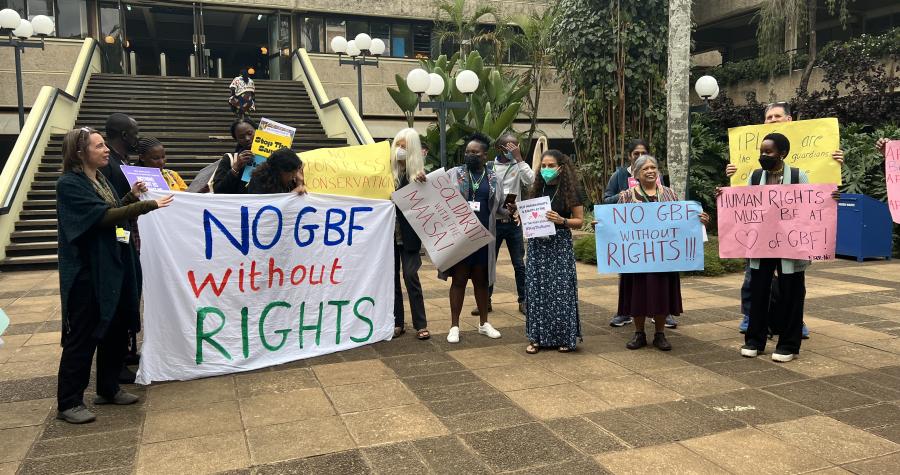 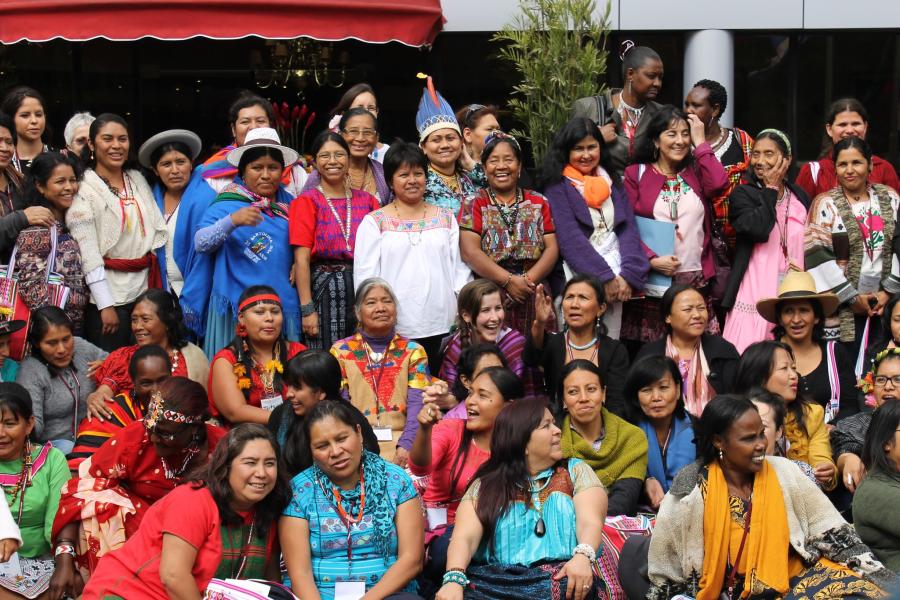 7 Things to Do on International Indigenous Women's Day