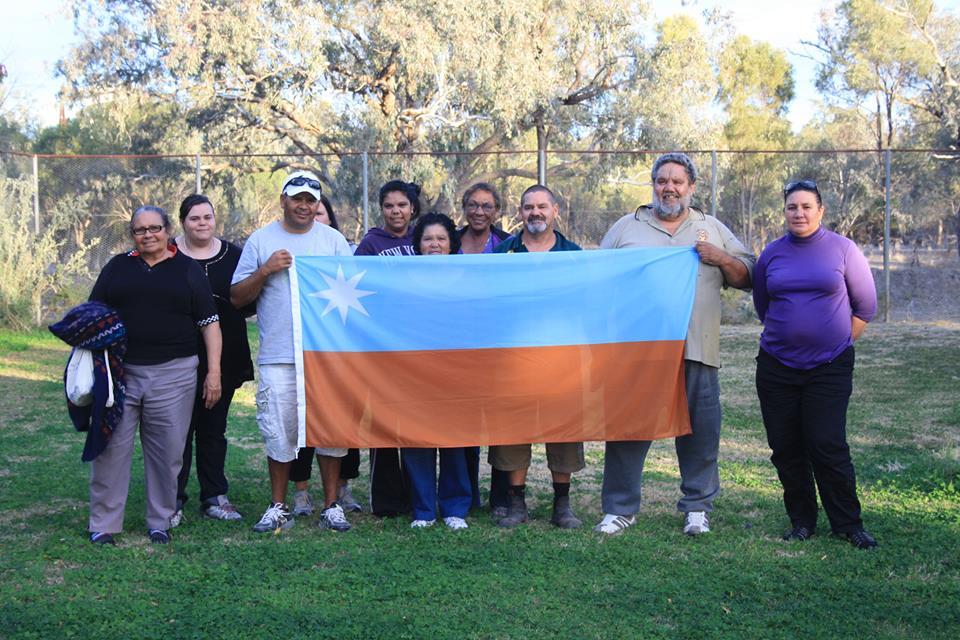 Murrawarri’s independence comes after a long diplomatic process. The republic, which has around 4,000 residents, officially declared their continuing independence and statehood on April 3, 2013. The declaration was sent to the Queen of England, who is the constitutional monarch for Australia, along with a request for documents that would prove the Crown’s official rights to governance of Murrawarri. According to British common law, there are only three ways in which a country can claim authority over another territory: conquest (through winning a war), the signing of a treaty, or lack of occupation of that land (also known as the terra nullius doctrine). Thus, the Republic of Murrawarri requested that the Queen give proof of any of these three situations, such as treaty documents between the Murrawarri Nation and the Crown of Great Britain outlining a treaty; a deed of concession document that shows that the Murrawarri Nation has ceded sovereignty, dominion, and ultimate territory authority to the Crown of Great Britain; or documents showing a declaration of war against the Murrawarri Nation and its people by the Crown of Great Britain. Murrawarri advised the Queen that should she fail to produce these documents within 28 days of receiving correspondence, Murrawarri would proceed to seek official recognition as a sovereign nation with the United Nations. If the Queen had responded denying Murrawarri’s declaration of independence, the republic could have responded in a number of ways, including forming a government in exile, seeking official support from other countries, calling for sanctions against Australia, seeking assistance from the International Court of Justice, or asserting their independence by taking over national parks and additional territory.

Buckingham Palace received the correspondence from Murrawarri on April 10, giving the Queen until May 8 to respond. The Queen did not respond, and in doing so gave de facto recognition to the Republic of Murrawarri as an independent nation. Murrawarri is currently operating under an interim government, which had its first meeting on July 13. At this meeting, the newly formed Peoples Council elected Fred Hooper as their new chairman (with responsibilities similar to that of president) and formally passed a unanimous resolution to establish a Provisional Council of State. A constitution and bill of rights has already been drafted. Murrawarri has one year to form a permanent government, which will consist of a parliament of 54 representatives appointed by their respective ancestral family groups through a fair and just election process within in their respective provinces. Half of the representatives will be female, and half will be male. There will also be four representatives from non-ancestral Murrarwari provinces, and residents who are not of Murrawarri descent will be allowed to stay on their land and automatically granted Murrawarri citizenship. As the preamble to the new constitution reads,

“The Murrawarri peoples recognize and respect our Elders who have gone before us, their contribution to our country and our culture. Whereas we acknowledge that our lands, waters, and airspace has been illegally occupied by peoples who have been given the right under a law that was unjust and illegal [the terra nullius doctrine, which Captain Cook used to claim Australian land in 1770], we the Murrawarri do not exclude such peoples from our lands. We welcome them as citizens of this Independent Sovereign State. We do not acknowledge that the Murrawarri lands, waters, and airspace have been land acquired by the Kingdom of Great Britain and Ireland on behalf of their Crown under the Doctrine of Discovery. We know that we did not 1. Relinquish our land, water, and airspace through treaty, 2. We were not invaded under a declaration of war, and that 3. Our land was not terra-nulius at the time that Captain Cook landed on the east coast of this continent. We acknowledge that our ancestors were forced to give up their most traditional ways of living over a period of time and that change has occurred over time like all cultures in a process of evolution.”

The Republic of Murrawarri will now proceed to establish a reparations and repatriation package with the Australia government and the Queen of England, including “negotiations for the transfer of all monies collected plus interest by the governments and the Crown for rent and sale of lands, natural resources, and water within in the Murrawarri Republic boundaries from the time of the first illegal land grant” and “assist in the process of repatriation and reparation of the Murrawarri peoples, using inter alia the repatriation fund established by Britain for decolonization and other such purposes to assist in the development of the Murrawarri Republic within a recovery framework.”

Murrawarri, whose name means “to fall with a fighting club in one’s hand,” provides a shining example of Indigenous self-governance. Hooper has affirmed the Murrawarri commitment to assisting other First Peoples Nations around Australia to fulfill their “aspiration of freedom and independence through their own processes, which will assist in the creation of a new political structure of governance on the continent of Australia.” In the past decade, 200 native land claims covering 1.3 million square kilometers of land (18 percent of Australia’s territory) have been approved, and so far 27 other Aboriginal groups in Australia have requested Murrawarri’s declarations and constitution to use as templates for their own independence movements. We wish Murrawarri the best of luck, and we’ll leave you with their wonderfully-worded statement of rights:

“We have a right to belong to our own Nation,

We have a right to a Nationality,

We have a right to self-determination,

We have a right to self-governance,

We have a right to revitalize and practice our Culture,

We have a right to have an economy,

We still have Ultimate Title to the country within our borders,

We have a right to say what happens in our country,

We have a right to manage our country,

We have a right to live back on our country,

We have a right to protect our country in the way we see fit,

We have a right to be compensated by the Australian and British governments for dispossessing us of our lands under illegal measures,

We have the right to develop our country in a way that benefits all of the citizens.”