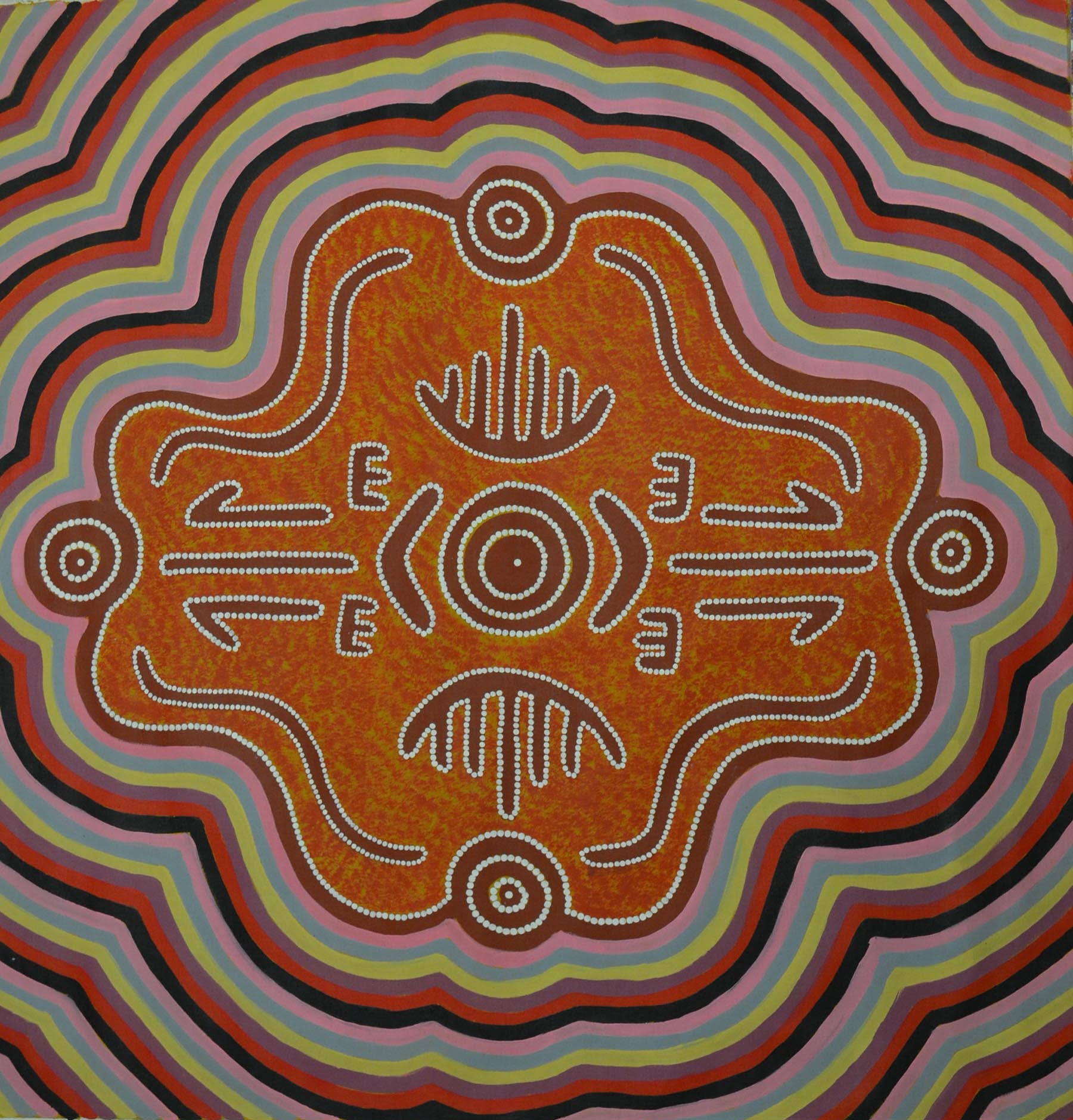 Art Basel is an international art fair with three shows staged annually in Basel, Switzerland; Miami Beach, Florida; and Hong Kong. Each show is organized into sectors which showcase contemporary artworks by established and newly emerging artists. Art Basel Miami annually attracts thousands of critics, artists, gallerists, and the general public to an international art fair with visitors from Africa, the Americas, Asia and Europe. Every December exhibits take place at the Miami Convention Center, the main host site and also at affiliated art fair locations in the Miami area. It is impossible to visit all of the exhibits, performances, and panels.

This interview focuses on the Aboriginal artists that are represented by Tim Davis, the owner and director of the Washington, D.C.-based International Visions Gallery. This article was based on phone and in person interviews, email communication, and visiting the exhibition,"Cultural Expressions" at the December 2017 SPECTRUM Miami Art Show at Art Basel.

Phoebe Farris: What are the artist's names, painting titles, media and sizes of the works you are showing at Spectrum Miami?

Tim Davis: "Wild Bush Berries," (below) acrylic on linen, 23x36 inches was created in 2008 by Blake McDonald. "Bush Banana Dreaming" has the same dimensions, media, and date and was made by Connie Nurrinjima. 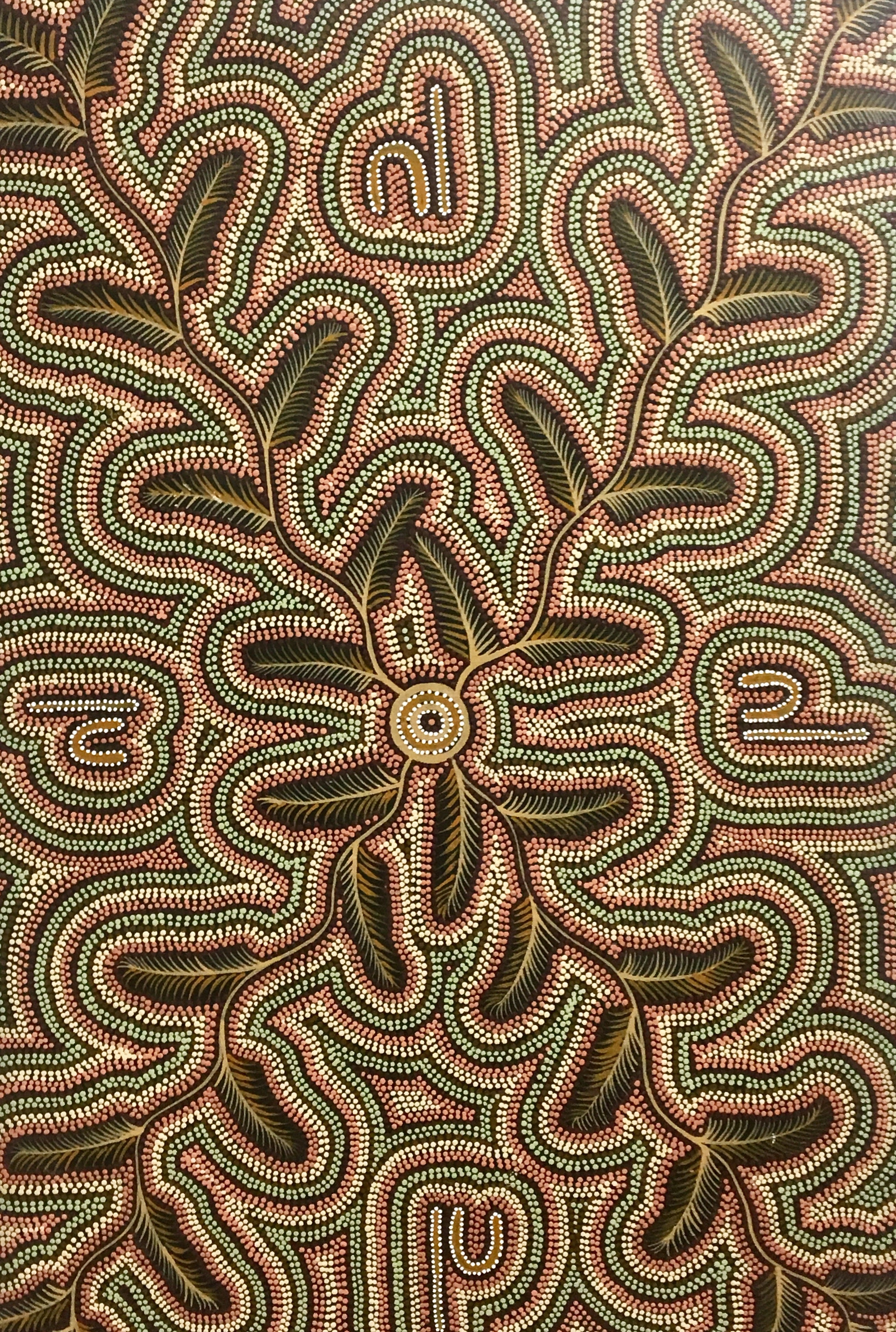 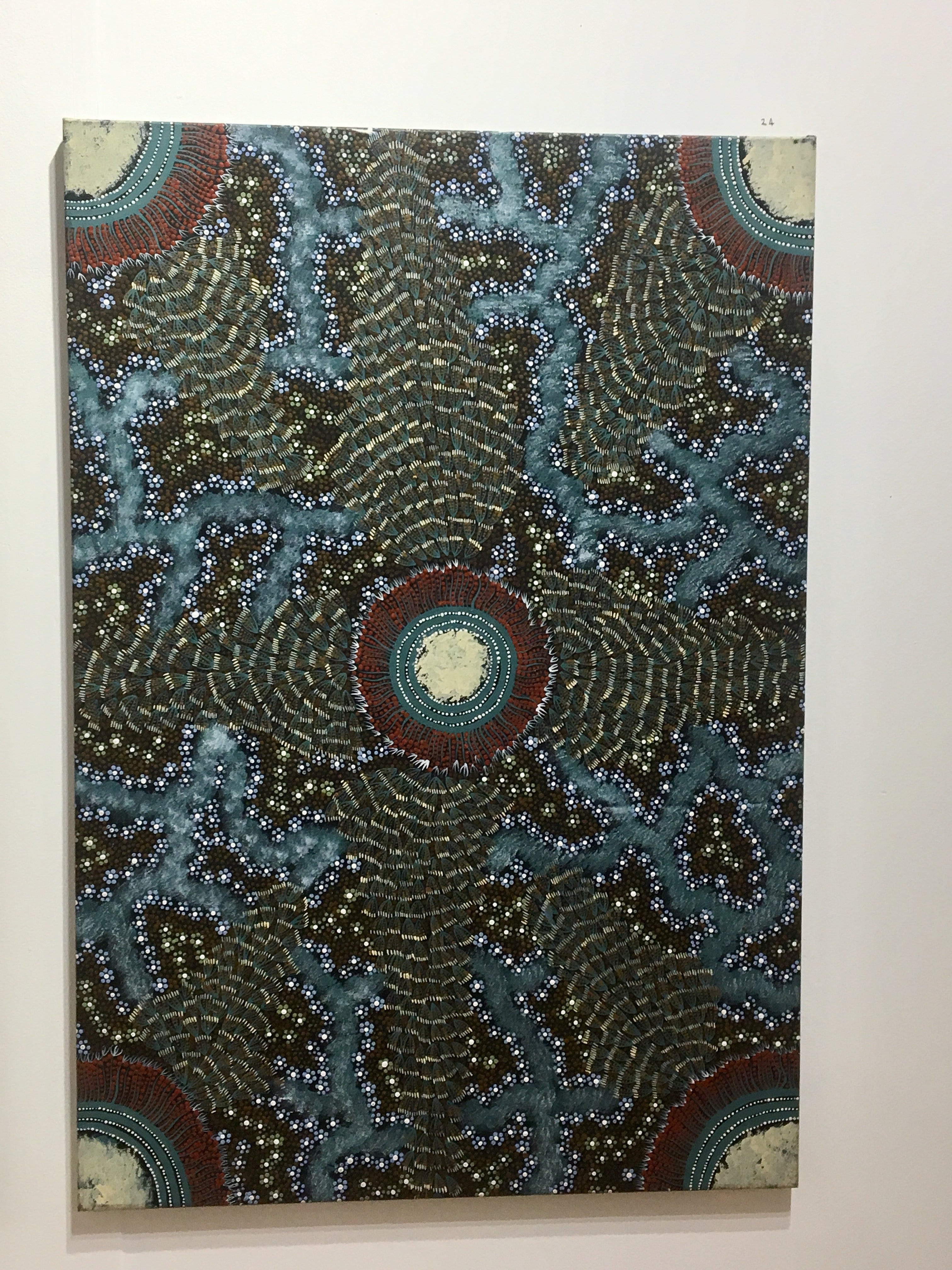 PF: Did you meet these two artists and encounter their work in Australia or the United States?

TD: In the early 2000's I worked as a curator and consultant for Aboriginal artists because of my interest in their culture. I have never been to Australia but I helped organize a show with a fellow curator in 2008 and these two works on display were from that original show. McDonald and Nurrinjima are still living in Australia.

PF: While talking with you during Art Basel you mentioned that they are from a family of artists.

TD: These two women artists are part of a family that passes art from generation to generation.It is to us like writing or learning to write. It is something they do with ceremonies and celebrations and also daily living to tell stories. These pieces were part of the "dreaming" which is an artistic prayer or hope that they create to the universe."Wild Bush Berries" is a hope for a new crop of berries in the next year for survival. The women are the gatherers and the men paint about the land and cosmos. The more the women and men paint the hope grows within the group of people.

PF: How and when did you get involved with collecting and selling Aboriginal art?

TD: Many years ago, I just loved the work and what the artists were doing so I decided to organize with some artists and partnered with another curator. From that point on I began to work with the Australian Embassy in D.C. to bring artists over here from different parts of Australia. We helped sell the work of various artists and help their struggle for making a living through their art.

PF: In Australia do the artists you represent exhibit at mainstream art galleries or more ethnic oriented venues?

TD: Another artist I have worked with is Malcolm Jagamara and when I showed his work I sold all his paintings on display. But I still have one of his large rugs that are based on his paintings. Jagamara is in the mainstream and also works with Australian galleries. I also have represented Michael Nelson Jagamara. 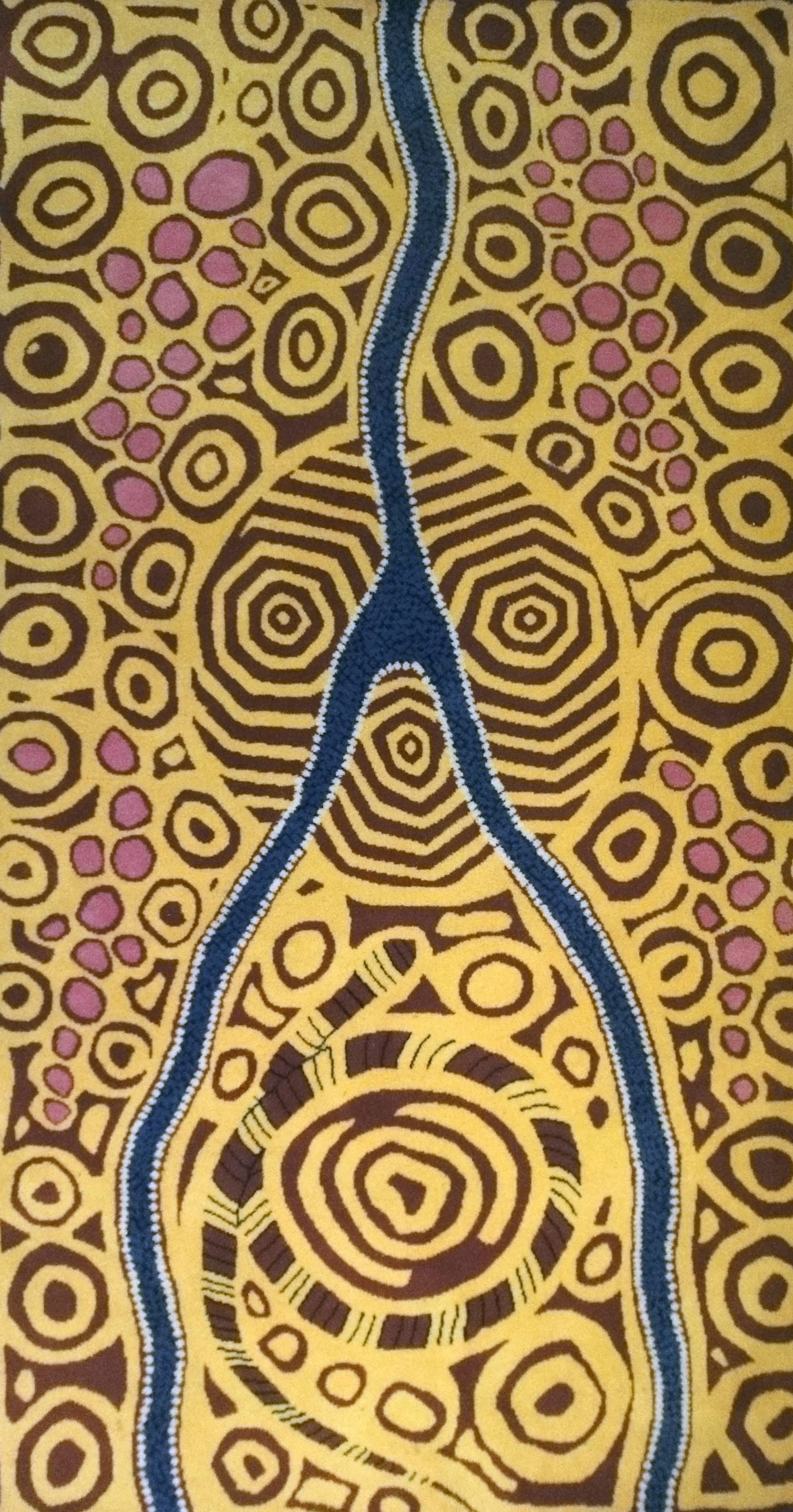 PF: Do the artists discuss social justice issues with you?

TD: Aboriginal artists' main concern is the land that has been taken from them and their communities fight or concern to rightfully get their land back. Like so many Indigenous people, they can't live properly because so much has been taken from them and there is a lack of respect to rightfully give them or return to them the things needed to live.

Michael Nelson Jagamara is a senior Warlpiri Tribesman and custodian of many Dreaming stories. He preserves in paint and print the stories which can assist the teachings about his cultural traditions. His works are in the collections of the National Gallery of Australia,the Australian Museum, Queensland, the Art Gallery of South Wales and here in the United States at the Kelton Foundation in Santa Monica, California. "Kangaroo Headdress" graphically portrays this totemic animal with black lines indicating the marks left by the tail and feet of a kangaroo in the sand.

Malcolm Jagamara is also Warlpiri and his art evolves from Tribal ceremonies. His works are in the Australian Embassy in Washington, DC and the consulate in New York, the Kelton Foundation, Art Gallery of South Wales and the Aboriginal Desert Gallery. In his painting,"Lander River Owl" the owl is embedded in a gold and purple background and the winding blue river appears to have limbs, representing its' "aliveness."

PF: How did you get involved with Spectrum Miami, an Art Basel affiliated exhibition site?

TD: Spectrum is one of the many art fairs in  Miami that my DC gallery was invited to exhibit and it seemed the best for the size and location  My Spectrum group exhibit, "Cultural Expressions", featured several other artists also. Hundreds of people visited our show with thought provoking conversations about the artist's visions and styles. It is important that under-represented artists and artists of color participate in one of the most important art fairs in the nation.  The International Visions Gallery is committed to encouraging cross-cultural exchanges with diverse collections of artists from the Washington D.C. area and under-represented parts of the world.