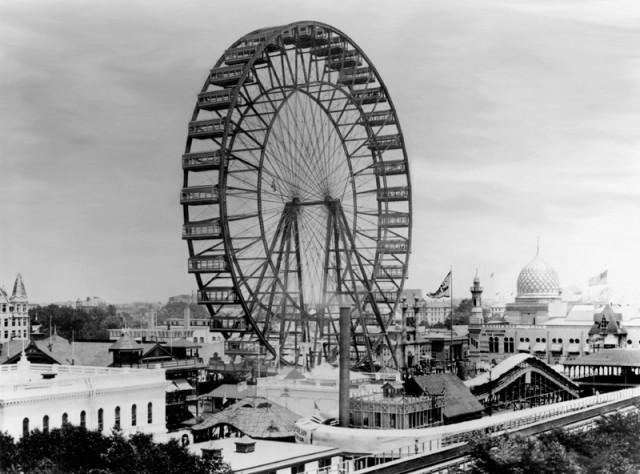 The longstanding struggle for economic self-sufficiency in the wake of territorial dispossession has remained one of the most difficult for American Indians as they pursue cultural survival. Yet, as Dr. David Beck, a Ph.D from the University of Montana emphasized in his recent presentation at Harvard University, historical and anthropological scholarship has too often glossed over the tactical successes of American Indians, both in bolstering tribal economies and by participating in global market trends. Beck’s upcoming book, focusing on American Indian labor in the 1893 Chicago World’s Fair, intends to unravel our misconceptions of Native Americans solely as victims in a post-colonial world. His research stages American Indian involvement in the World’s Exposition as part of a legacy of resourcefulness rather than another story of exploitation: a strategic opportunity for tribal leaders to reimagine and determine their own future.

Beck acknowledges that, considering the recent Battle at Wounded Knee in 1890, the pinnacle of transcontinental expansion driven by forceful native displacement, and expanding policies of forced assimilation, it is no surprise that Indigenous peoples were not often exhibited at the World’s Fair according to their own motivations. Many cultivators of Indian displays sought to cast natives as a benchmark of primitiveness by which to contrast civilization, wildly misrepresenting and ignoring their modern realities. Various tribes were portrayed, both in live reenactments of conquest and as models in glass cases, as spectacles of savagery declared “the least civilized people of the world.” Students of Indian schools were flaunted as marks of successful progress toward the “civilization” and assimilation of Native Americans. Archeologists and anthropologists desiring to prove their disciplines as science brought Indians to the Fair as representations of archaic life. Many tribes, however, were acutely aware that their potential futures were being disregarded and distracted from, and violations of their rights justified by these displays of their cultures as if they were archaic and deceased. Most, in fact, were quite familiar with the scene surrounding them, and found the World’s Fair just the place to cement sovereign identities—both cultural and economic.

“People began very quickly to understand the value of what they were selling,” says Beck, in reference to both their materials and representations. “They understood the market economy better than they have been given credit for doing.” This knowledge, in part, came after Native Americans began to establish commodity trades within tribal economies—such commodities were highly desirable in American culture, and thus became central to a wider market economy. Natives began to make and sell materials to collectors building archeological exhibits and even sold Indigenous wisdom. Both Captain Cornelius Cusicle, a Sachem of the Tuscarora tribe, and George Hunt, a Kwakwaka’wakw woodcarver who derived social status from his esteemed potlatches, were hired to collect and oversee Indigenous families at the Fair. Some tribes even took their business off the fairgrounds in order to work in better conditions and make a higher profit. Pine Ridge employees of Buffalo Bill participated in a Wild West show, making $10-70 a month across the street from the fair. The Inuit people—or “Esquimaux Village,” as they were called—set up their own village outside fairgrounds and won a lawsuit against their previous exposition for unfair labor treatment. Navajo weavers made $25 a month for their crafts, and most Indians were able to participate in typical activities at the fair during their leisure time.

Native Americans also used the World’s Fair as an opportunity to push back against inauthentic portrayals and to represent themselves. Simon Pokagon recited his speech at the Exposition entitled Red Man’s Greeting, condemning the malicious treatment and wrongful perceptions of American Indians. Pokagon later formed a relationship with the mayor of Chicago, who helped him to lobby in Washington D.C. for compensation of misappropriated lands. Some, like Iroquois Emma Reeves, took on a malleable public image, willingly reenacting the desired representations of Indigenous peoples for their own economic gain. The Fair became an unlikely seat for the preservation of cultural knowledge as well, says Beck. “Elders sometimes decided to transfer knowledge to museums because they thought that knowledge within the community was disappearing quickly, and they needed that knowledge to remain for their grandchildren to see, and learn from.”

Against all odds, Indian participants in the Chicago Worlds Fair manipulated what was intended as a denial of their distinct presence in the modern world into an opportunity to exercise their agency and further cultural goals. Even still, Beck notes “the study of American Indians has been restricted for a long time within the fields of anthropology and history, with very few economists looking at what they have done.” Beck leaves us with the hope that rising acknowledgment of the roles Indigenous peoples created for themselves throughout history, their capabilities for self-determination, and their enduring presence in the world economy should inspire this sort of scholarship.