Argentina: Urge Harvard to Be a Responsible Investor 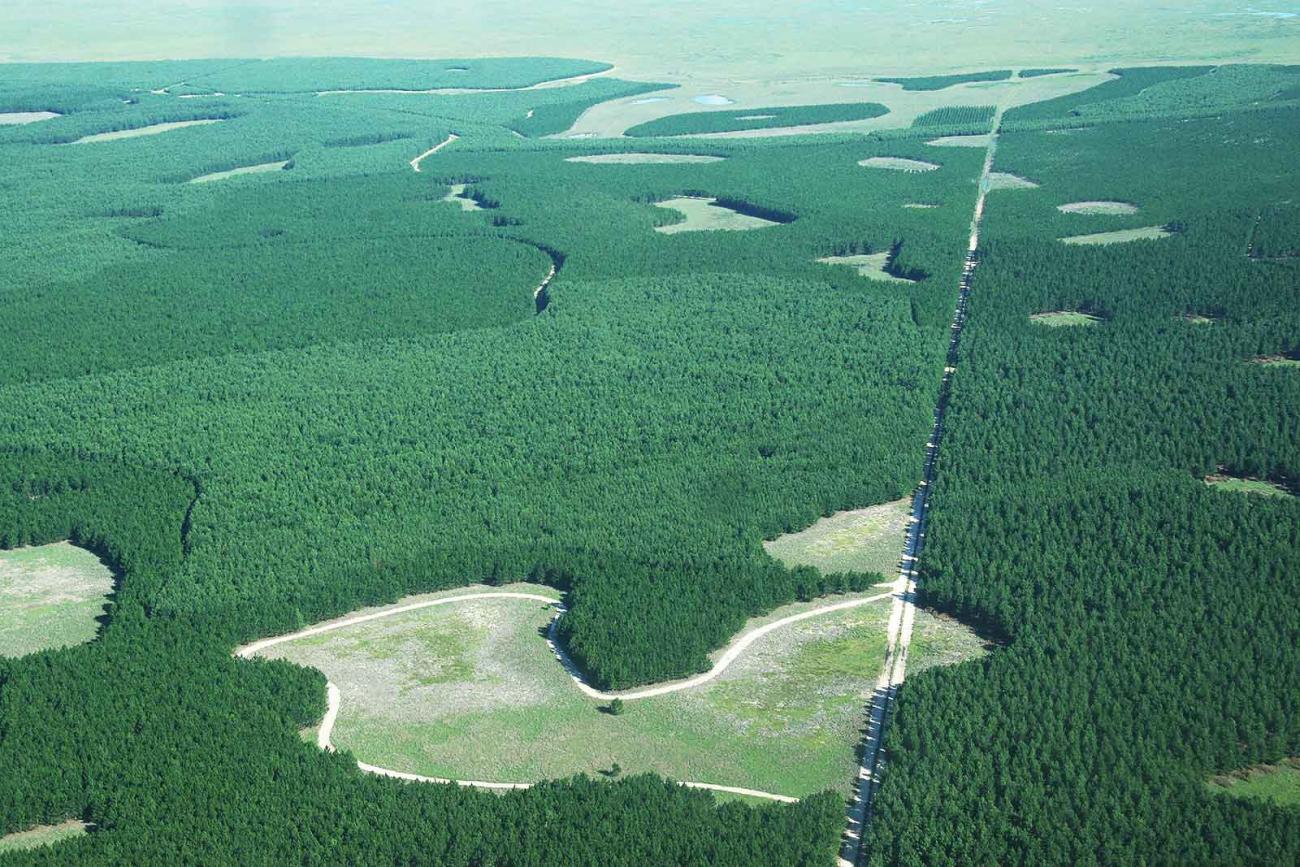 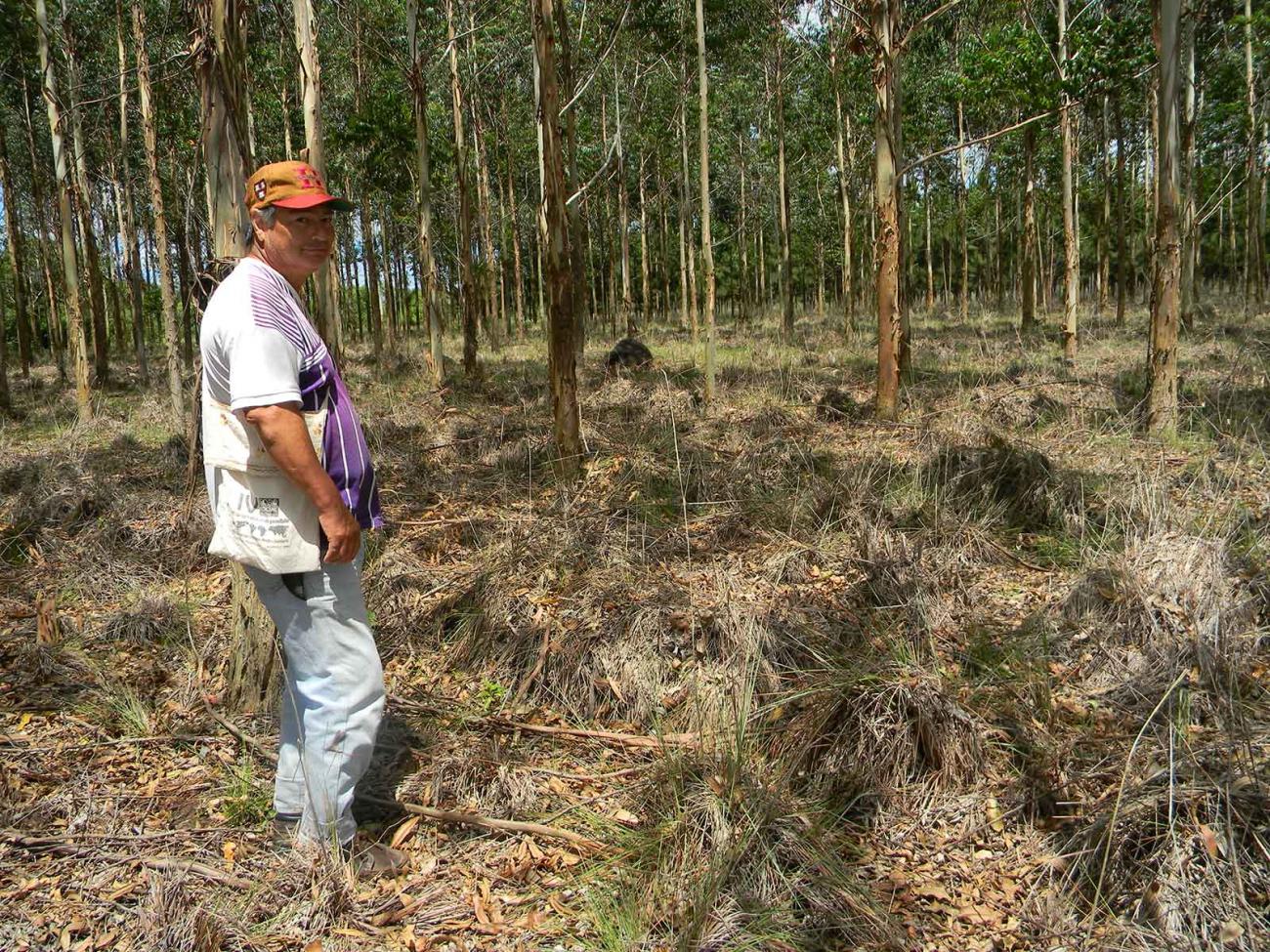 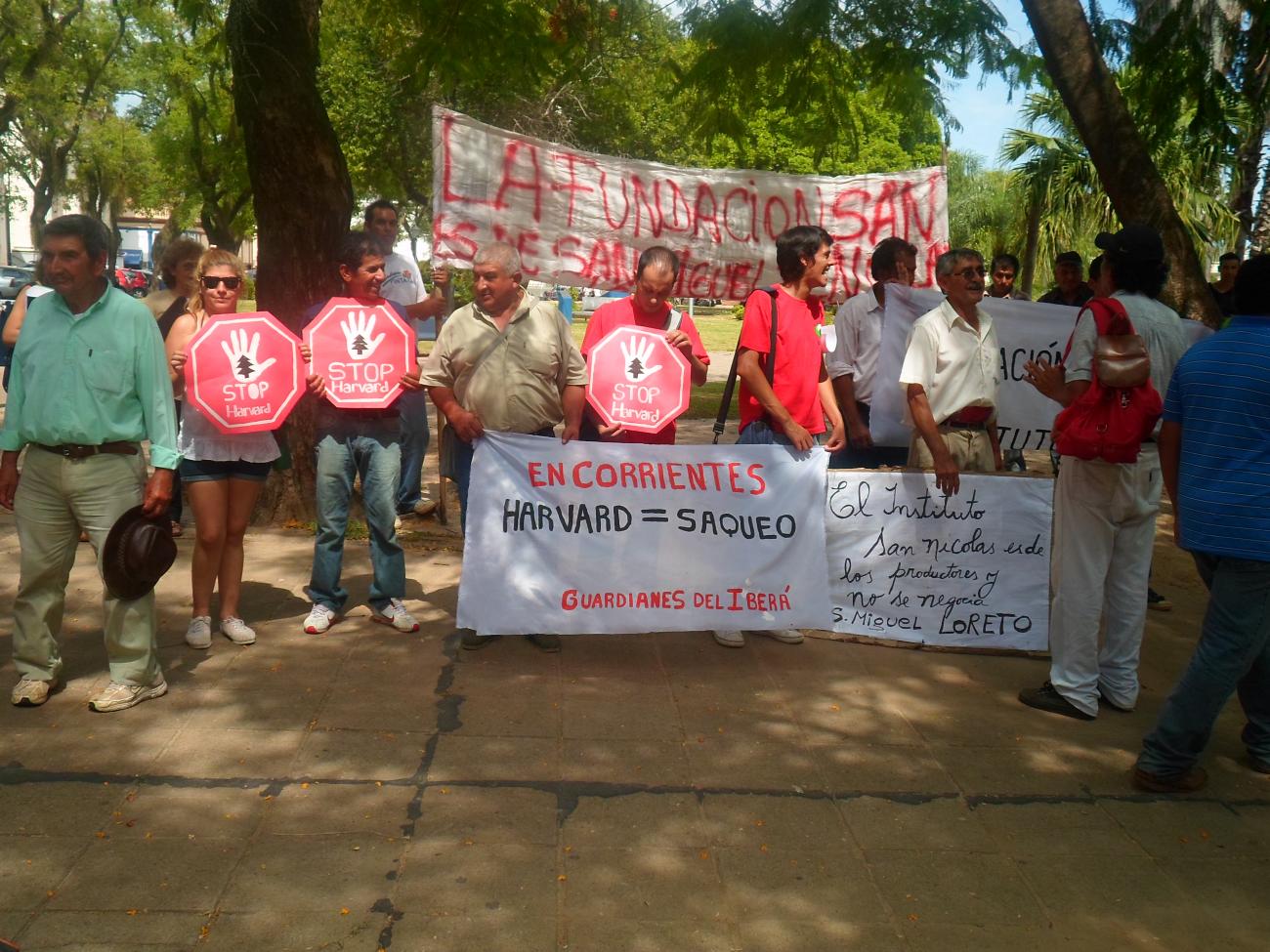 The Iberá wetlands system, one of the world’s largest freshwater bodies, lies in the province of Corrientes in Northern Argentina. The wetlands harbor 30 percent of the country’s biodiversity and are home to several endangered species, including the marsh deer, neo-tropical river otter, maned wolf, caimans, and pampas deer. However, vast monocrop pine and eucalyptus plantations have virtually eliminated biodiversity in more than half of the wetlands, devastating freshwater levels and dramatically affecting the livelihoods of the Guaraní Indigenous People who have lived in relationship with the lands for generations and depend on these ecosystems. The owner of these invasive plantations is none other than the world-renowned, progressive institution of Harvard University.

Harvard invests large sums of its $32.7 billion endowment in natural resources in the developing world. This includes Empresas Verdes Argentinas Sociedad Anonima and Las Misiones S.A., two timber companies jointly worth $55.2 million that control approximately 350 square miles of the Iberá wetlands system.  While Harvard invests millions of dollars in these plantations, the bordering towns of San Miguel, Concepción, and San Roque have the highest rates of poverty, illiteracy, and unemployment in the province. Villagers who are employed on the plantations report that they work and live in unsafe conditions.

The Guaraní people are deeply distraught by the plantations, which have destroyed ancestral lands that held great spiritual, mythological, and subsistence value to their communities.  The monoculture plantations also devastate the surrounding environment, reducing the availability of water for farming, worsening summer droughts, and creating water shortages in local communities.

Last April, Adrián Obregón, a Guaraní farmer and community leader, met with the Harvard Management Company, which manages Harvard University’s endowment and related financial assets. Obregón is from the village of Montaña, a rural area that borders on a Harvard-owned plantation. “Many of the residents of Montaña have the plantations right on top of them. Around the Ipacarapá Lagoon, which forms part of our ancestral territory—my grandfather’s house was on the edge of it—the whole area is planted with pine trees now, right up to the water. There is only a small area of native forest left and we can’t access it without ‘intruding’ on private property,” he says.

The inhabitants around Iberá depend on natural resources native to the area. Traditionally their subsistence livelihoods were based on hunting wild animals. They also fished, maintained family vegetable gardens, and gathered edible and medicinal plants from every part of the wetland ecosystem. Today, approximately two-thirds of the wetlands are privately owned.

Residents, many of whom live within a few miles of the plantations, are asking Harvard to lead the way in responsible and sustainable land management. Asks Emilio Spataro of the Corrientes-based Campaign to Save Iberá:  “If Harvard doesn’t listen, who will?”

Ask Harvard to initiate a system of dialogue with the Guaraní in Iberá respecting their rights as Indigenous Peoples.

Harvard University spokesman Kevin Galvin has defended the University’s plantation holdings by pointing to their Forest Stewardship Council (FSC) certification, an internationally recognized program that seeks to ensure that certified timber companies are "environmentally appropriate, socially beneficial and economically viable.” For many years, however, a variety of environmental organizations have criticized the Council for certifying inherently unsustainable plantations that harm the environment and hurt local communities. In the case of Iberá, the Council has certified irresponsible companies that continue to consolidate a massive amount of land and pay poverty wages to people for unsafe jobs.

FSC certification ignores the presence of Indigenous Peoples in the region and their right to be consulted.  In the certification reports for Empresas and Las Misiones, the Council simply placed an ‘X,’ meaning “does not apply,” for Indigenous Peoples. But many communities surrounding the plantations identify as Indigenous and are native Guaraní speakers; the name Iberá derives from the Guaraní language, “ý berá” meaning “bright water.”  The provincial constitution of Corrientes also recognizes the existence of original peoples in Article 66: “We declare the Iberá ecosystem, including its wetlands, biodiversity, [and] freshwater reserves, to be of strategic, natural, and cultural patrimony of the province of Corrientes, with the goal of preservation, conservation, and defense…The right of original peoples should be preserved, respecting their forms of community organization and cultural identity.” Article 26 of the UN Declaration on the Rights of Indigenous Peoples declares that the Guaraní, as Indigenous Peoples, have the right to maintain and strengthen their distinctive spiritual relationship with their traditionally owned or otherwise occupied and used lands, territories, and waters.

Harvard is in violation of the Guaraní’s traditional rights to their lands and waters.  The institution has not achieved the Free, Prior and Informed Consent of the Guaraní, which is the right to self-determine development activities on their lands and territories.  Mechanisms for dialogue are meant to form part of the FSC certification system, but local groups report they are entirely absent in Corrientes. Las Misiones S.A. recently obtained certification of its plantations, but there have been no meetings with communities and no evidence of a real process to achieve their Free, Prior and Informed Consent.

The Responsible Investment at Harvard Coalition recently visited the Iberá wetlands to investigate the university-owned companies and released a report with the Oakland Institute, which has led to protests in front of Harvard University President Drew Faust’s office. Students are outraged over these unethical investments and are urging Faust to address the concerns of the most affected communities.

Add your voice. Tell Harvard it's time to address the problem and seek solutions.