When Profit Trumps Rights: The Case of El Estor, Guatemala 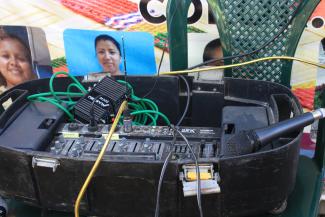 In October 2021, members of the Indigenous Q’eqchi’ community in the municipality of El Estor, Izabal, peacefully blockaded a road for 20 days to prevent ongoing activities of the Fenix Nickel Mine. The mine is owned by Swiss company Solway Group and operated by Guatemalan subsidiary Compañía Guatemalteca de Níquel. In 2019, Guatemala’s highest court ordered the mine to close, having found that the license under which it is currently operating failed to obtain the Free, Prior and Informed Consent of Indigenous communities. The court ordered that the mining license be suspended pending a consultation, which was to be held within 18 months. Despite this ruling and a previous temporary injunction to suspend operations, the mine has continued to operate.

On April 26, 2022, the Guatemalan Constitutional Court affirmed that the Fenix Nickel Mine is operating illegally. The court noted that the Supreme Court had failed to respond to a request made by several community authorities and fishermen from El Estor to suspend the operation of the mine because it had not carried out a prior consultation with those affected as mandated by ILO Convention 169 and as ordered by the court itself. The consultation that was approved by the Ministry of Energy and Mines late last year took place amid a state of siege imposed by Guatemalan President Alejandro Giammattei.


The state of siege, which lasted 30 days, was declared on October 24, 2021 in response to the blockade led by traditional Q’eqchi’ authorities of the Ancestral Council. The imposition of martial law suspended civil rights, including freedom of expression and action, freedom of movement, the right to assembly and demonstration, and carrying of arms. It supported legal detention without a judge’s warrant and interrogations of detainees and prisoners. A curfew was imposed and restrictions were applied to all those living in El Estor, Izabal. Arrest warrants are now being issued against community leaders, including the fishermen’s association.


According to local news site Prensa Libre, since the state of siege, local journalists, activists, and organizations have been harassed and their homes have been raided by the military. Many of those targeted are outspoken against the Fenix mine, including independent journalists who have covered opposition to the mine, the offices of the Defensoria Q’eqchi’, who have helped bring a lawsuit against the mine to international courts, and Q’eqchi’ community radio station Radio Xyaab ‘Tzuultaq’a. Radio Xyaab ‘Tzuultaq’a is a Cultural Survival grant partner that has provided in-depth media coverage of the peaceful protests, and was raided during a similar state of siege enacted two years ago. At the time, the station director said, “We fear that the harassment will continue due to our advocacy work with communities fighting for the protection of their territories and due to the demands they have made to definitively close the mining company.” 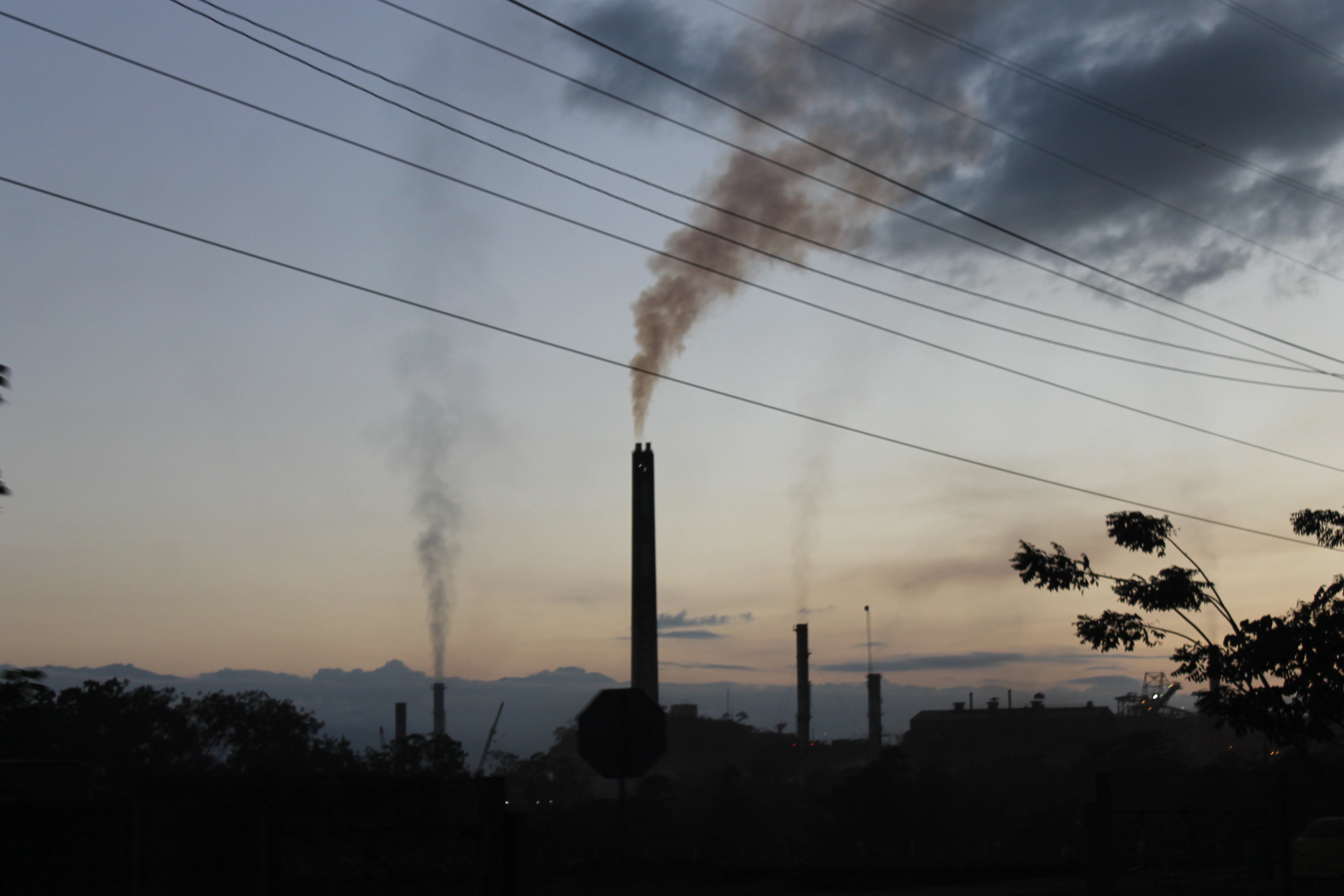 Fenix Nickel Mine in El Estor, Guatemala, is a notorious polluter of local waterways.

Cristobal Pop, President of the Fishermen Association, one of the main collectives defending their livelihoods and the lake from the mine, said, “The persecution has been enormous and my family has suffered. There are arrest warrants against me and other members of the Board of Directors just for telling the truth about the illegal work of the mine to the departmental governor. I am going through difficult times. This situation has greatly affected my financial situation and family life and health. [We are] not free to work and [be] parents. We have children; they have to study. I have four children and three of them are no longer studying because I don’t have the freedom to work. I fear of being captured or killed.”


On June 30, 2021, the Ancestral Council of Q’eqchi’ Peoples sent a message to the Guatemalan government asking that it respect the self-determination of Q’eqchi’ Peoples to elect their own authorities named through general assembly to represent in the pre-consultation and consultation processes. Instead, the Ministry of Energy and Mines has been carrying out consultations with a third party, which they have named the Council of Maya Q’eqchi’ Indigenous Communities, and which submitted an amicus brief in favor of the Fenix mining project.


Raúl Tacaj Xol (Maya Q’eqchi’), Co-founder and President of the Defensoria Q’eqchi’, said, “It has been a very difficult moment. We have been communicating to the people as a community radio, as leaders, as land defenders, as rights defenders. Our struggle continues, and will continue until the Guatemalan government understands and recognizes our rights as a Peoples. We continue insisting to the Guatemalan government that community radio stations support the communities in being able to understand and defend our own lands. In our lands, we very well understand that for a project to come in from outside the country, they must consult. The government sells our lands without consulting us. There are very few agencies or institutions that come to defend Indigenous Peoples, those that do express interest in the case focus on the pollution of the water and the destruction of the mountains. Some of our leaders who speak out have been killed. The reason for our community radio station is to inform and defend, so that the communities can be informed to not just accept any project.”

History of Violence and Destruction

The Fenix mine is Guatemala’s only active metal mine. It extracts 120,000 tons of nickel per month, making it the largest in Central America. It is located on the shores of Lake Izabal, Guatemala’s largest lake and a crucial freshwater resource for local communities. The mine has been mired in violent conflict since its installation on Indigenous land without consent in 1960 during Guatemala’s civil war. From 2005–2011, it was operated by Canadian company Hudbay Minerals/Skye Resources. During this time, Q’eqchi’ community members were violently evicted from their homes. A case is still pending in Canadian courts from a 2007 incident in which uniformed mine personnel allegedly gang raped at least 11 Q’eqchi’ women after burning their homes to evict them from their ancestral lands.


In 2009, HudBay security opened fire on Q’eqchi’ land defenders protesting their eviction, and one community leader, Adolfo Ich, was killed. Only in 2021 was the former security chief, Mynor Padilla, convicted for the murder. He served four years in prison during an appeals process and was released for time served. Germán Chub, a Q’eqchi’ man who was shot and paralyzed from the waist down, has remained a vocal opponent of the mine’s operation. His home was raided by the military on October 27, 2021.


In 2017, a giant red stain appeared on the surface of Lake Izabal, emanating from where the mine ejects water. An Indigenous fisherman’s guild in El Estor denounced the Fenix mine for contamination. Although local authorities took samples to test the water quality, data from the results was never released publicly. According to the Fisherman’s Guild, independent testing in Germany and Mexico determined the water to have heavy metal contamination. On May 27, 2017, during peaceful demonstrations calling on authorities to resolve contamination in the lake, a member of the Fisherman’s Guild, Carlos Maaz Coc, was killed. During the protest, Q’eqchi’ journalist Carlos Ernesto Choc Chub of Prensa Comunitaria recorded video of bullets fired at him by the National Police. Choc Chub subsequently received death threats and his home was also raided by police on October 27, 2021.


In 2014, ownership of the Fenix mine was transferred to the Solway Group. Since then, global demand for nickel has skyrocketed alongside exponential growth in the electric vehicle sector as governments race to meet zero-emissions goals by 2030. Nickel is a key source material in the production of batteries used to power electric and hybrid vehicles. Mining for battery minerals such as cobalt, lithium, and nickel has been shown to cause disproportionate harm to Indigenous Peoples. Metal mining is one of the world’s dirtiest industries, responsible for at least 10 percent of greenhouse gas emissions. It is linked to environmental destruction, freshwater contamination and depletion, human rights abuses, forced displacement, loss of livelihood, violent conflict, unsafe working conditions, and illicit financial flows in many parts of the world. And it increasingly poses threats to ocean health through waste dumping and deep-sea mining.


As Q’eqchi’ communities continue to organize and assert their rights, arrest warrants are being issued for those who speak out against the mine. In January, a local judge ordered the arrest of 12 people, including Pop, Julio Anselmo Toc, Vice president of the Estor Fishermen’s Association, Tacaj Xol, and Choc Chub. According to locals, the mining company is behind the criminalization of community leaders and has paid the Guatemalan police and army to denounce several community members. Still, the community persists. “We have to respond,” says Tacaj Xol. “[The fight is for] the life of our future generations—we want to make sure they can enjoy it.

All photos by Cultural Survival.

Top photo: Radio Xyaab 'Tzuultaq'a has been essential in the resistance movement against Fenix Nickel Mine’s operations and in covering the criminalization of Indigenous leaders.