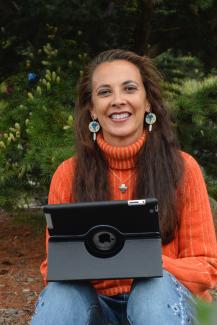 Selene G. Phillips is a member of the Lac du Flambeau band of Lake Superior Ojibwe in Wisconsin. She works as an assistant professor of Communication at the University of Louisville, Kentucky but “lives” in Waswaganing, WI. She is recognized nationally in the fields of journalism, communication, Native American studies, and performance, and is a gifted poet and storyteller whose creative writing reaches into the heart and soul of her beloved Ojibwe community.

Phillips’ forthcoming book, Flambeau Seasons, beautifully describes ordinary, everyday life on the Lac du Flambeau Reservation, where life revolves around generations of extended families and the outside world is not that significant. Racism exists, but it does not define who the people are, who Phillips is. Her poems portray a people who spend much of their lives outside despite the weather. It is a life embracing the cold, not complaining about it. Some may live in so-called poor housing, but Phillips does not write about them as miserable or oppressed. Phillips’ family and friends do not act “traditional” in the way traditions are often stereotypically portrayed in movies or books, but they live what she calls an “Indian” lifestyle that can be understood in a subtle Indigenous way.

When asked how she finds time to devote to creative writing with all of her teaching, research, and service responsibilities, Phillips responded, “Writing poetry makes up for the parts of life that are unfulfilling, linear, contrived, and uncreative. They are not so much poems as they are songs that must be sung, gifts that must be given, and words that must find soul. They are thoughts barely mentioned, swept under rugs, ignored, and squashed. I find them, wash them off, give them new life, and let them shine. It is my redemption, peace, forgiveness, raison d’ etre, and bagidanaamtowin, or breath.”

Phillips dedicated her book to her parents for instilling in her “a love of words, writing, and creativity from the beginning.” She also wrote, “Like the loon’s call and dance, fragrant, indispensable, and virile, my parents’ love demonstrated that love conquers all, including isolation and racism. Just when you think pain is indescribable, a good heart grows larger and overflows to the parts of the earth where love is a rare commodity.”

A notable selection in Flambeau Seasons is “i miss Lac du Flambeau.” It is a visual piece inspired by the izhibaganjiganan (birch bark bitings or scrolls) from the Lac du Flambeau Band of Lake Superior Ojibwe. is poem won the 2013 Women Who Write International Poetry Contest, and was first published in Calliope 2013: e 20th Anthology by Women Who Write. The poetry in Flambeau Seasons is laid out in a graphic style that makes her publication a literary and visual work of art. It is difficult to convey the feeling of Phillips’ works through words alone; a point she makes eloquently in “Poetry Is:”

The poems excerpted here are from Flambeau Seasons. 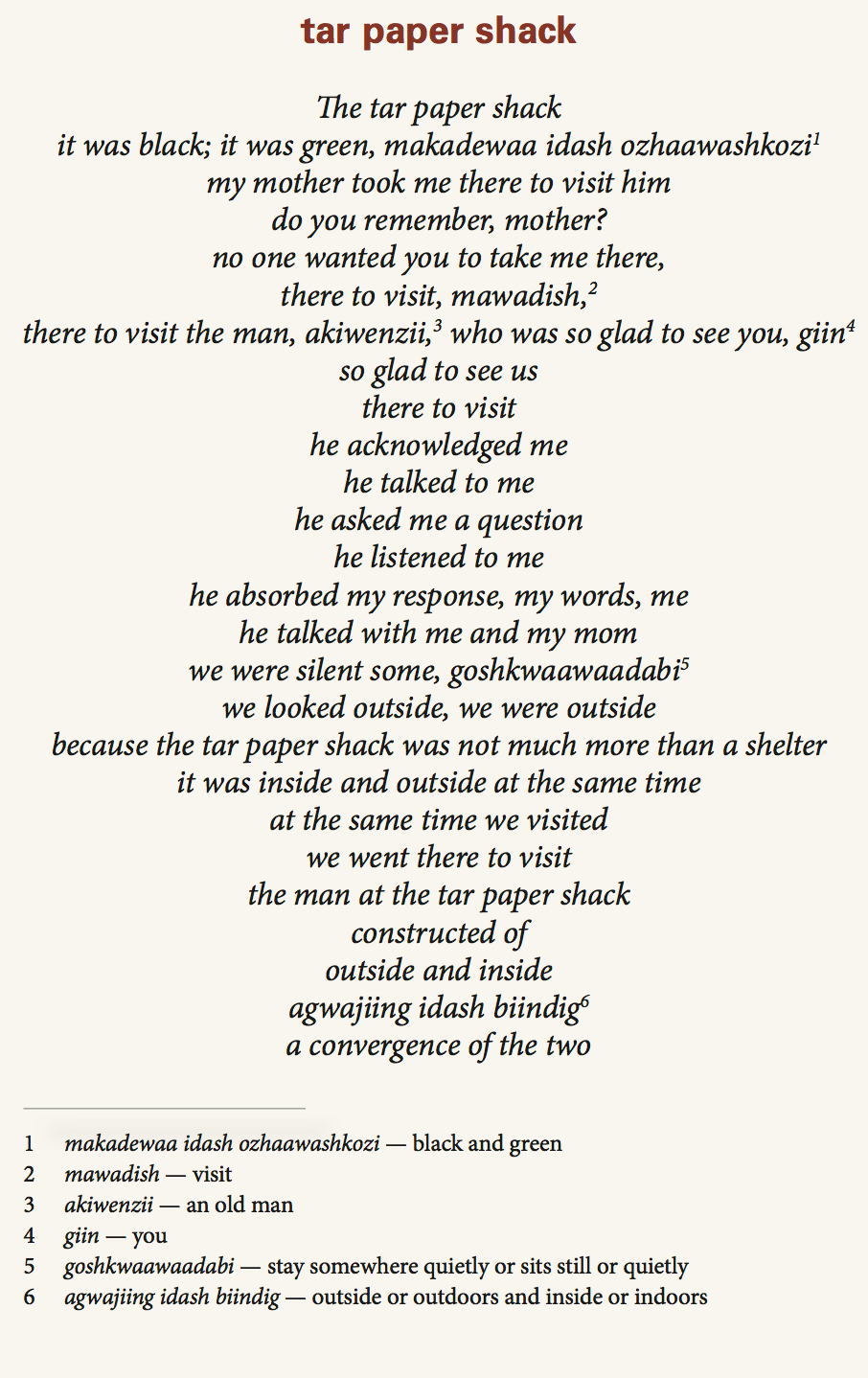 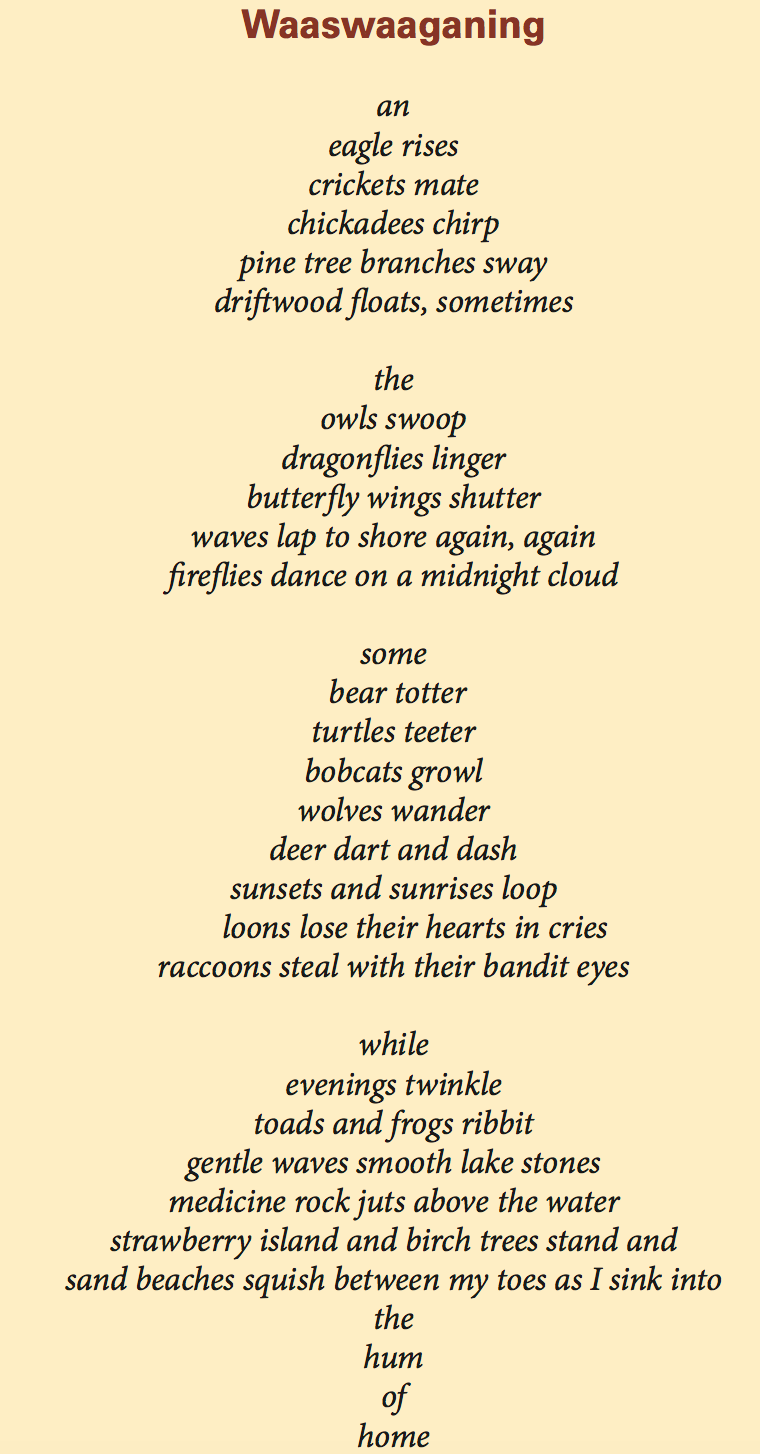 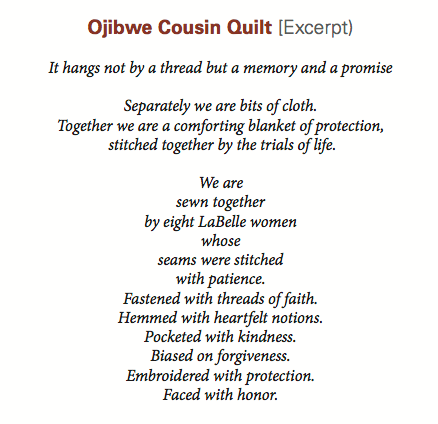 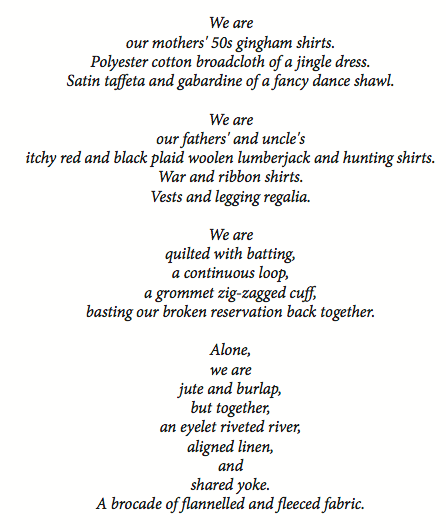 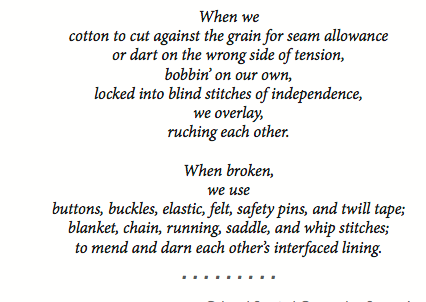