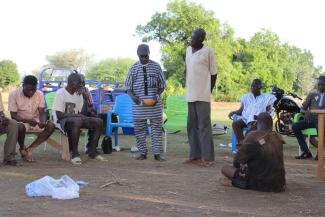 Tanchara is a small community in the Lawra district located in the savanna in northern Ghana. It has a population of about 500 inhabitants, who are basically small-scale farmers belonging to the Dagara Tribe. It is also a pilot community for testing the concept of endogenous development as a model for sustainable community development. Endogenous development is a development process that builds on the worldviews, Traditional Knowledge systems, and natural resources of the community, while also drawing on appropriate external knowledge. It seeks to reflect the material, socio-cultural, and spiritual well being of communities and contributes to building resilient communities.

Sacred groves and natural sites are remnants of natural forests that have been preserved for spiritual and other purposes. The Tanchara community have always had customary laws and practices, passed on for generations through oral traditions, that govern these sacred groves. We also consider these customary laws and practices as Indigenous methods for biodiversity conservation and responsible for sustaining native plant and animal species.

In 2006, the Center for Indigenous Knowledge and Organisational Development carried out Community Institutional and Resources Mapping, by which we became more conscious of the presence and quality of the available natural, cultural, physical, human, and spiritual resources in the Tanchara community. Community mapping is a tool developed by the Center to help communities identify and appreciate their natural resources as vital components for endogenous development. We documented and assessed about 30 sacred groves and natural sites in the community and found that they were in rapid decline. A number of sacred groves were decreasing in size, and certain culturally significant plant species were becoming locally extinct. Wildlife like crocodiles, tortoises, hedgehogs, and hares, which were once common, have virtually disappeared, and medicinal herbs that were found in the sacred groves and natural sites and collected by traditional healers for their remedies were no longer available. 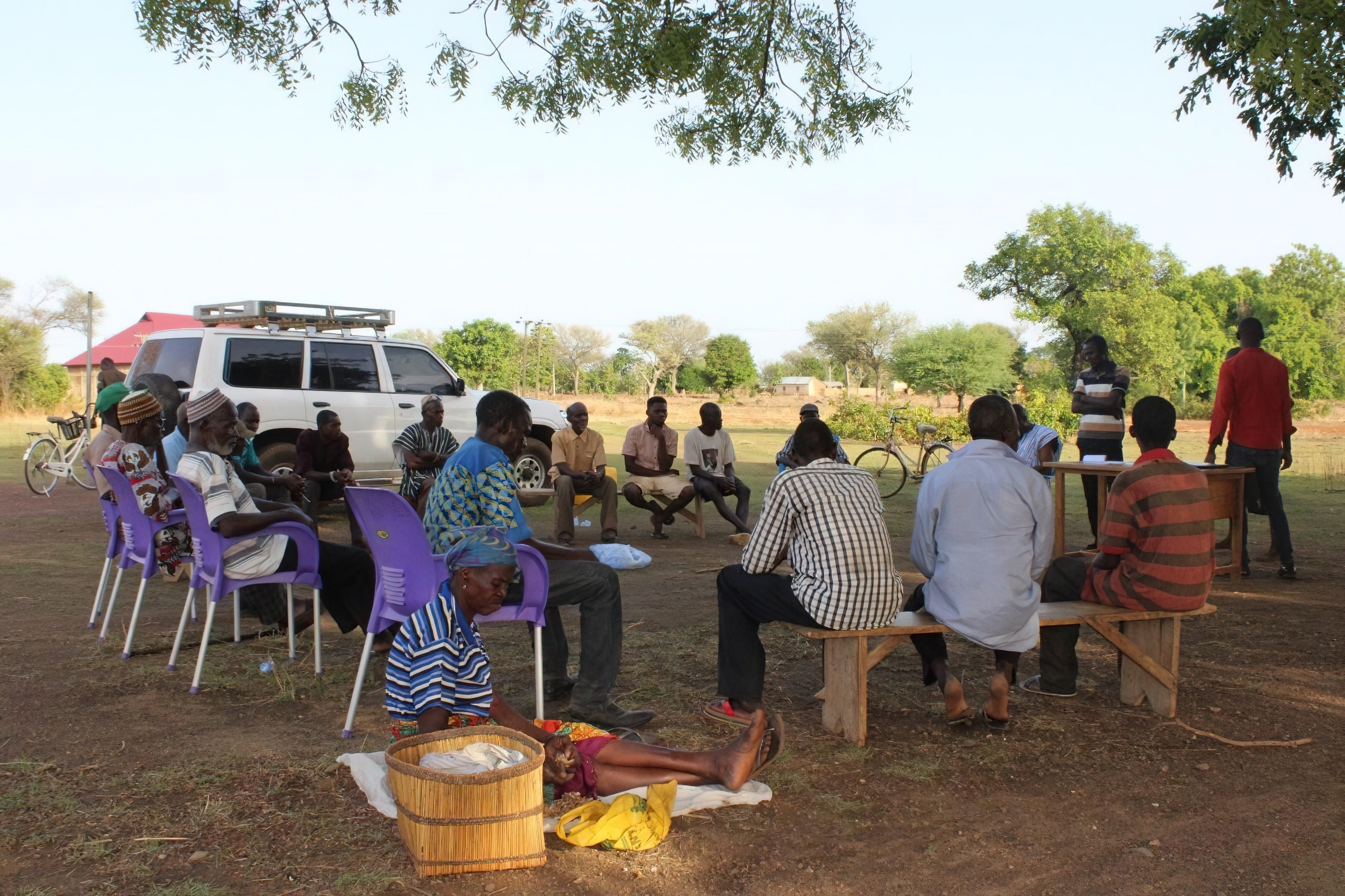 In 2009, a more imminent threat to the community emerged: gold mining. An Australian mining company, Azumah Resources Limited, was granted a concession by the government of Ghana giving them more than 2,000 square kilometers of the upper west region, which includes the Tanchara community, for gold prospecting and mining. This was done without any consultation with the communities that would be directly affected by the mining operations. Although the activities of Azumah Resources Ltd., at that time, were restricted to community entries and prospecting, they had the right to apply for mining permits in the area that would allow surface mining. The company had finalised all the technical prospecting work and was gearing up to start full mining operations by 2012, affecting eight communities in the region—all without consulting with the communities.

With support from KASA (a multi-donor funding facility in Ghana), the Center carried out research into the possible effects of gold mining on the sacred groves in particular and the well being of affected communities in general using the Community Health Impact Assessment Tool. This assessment brought to the fore negative impacts on the health, physical infrastructure, environmental, cultural, social, and spiritual well being of the community. Based on the findings, we alerted the communities (and especially Tanchara community) on this more serious threat to their sacred groves and natural sites and well being in general through awareness creation forums in Tanchara. In response, the Tingan Sob (Earth Priest) and all his sectional assistants in Tanchara held a meeting in 2009 and prepared a written note with thumb printed signature in which they requested the Center to make a demand to government authorities to stop the gold mining company from destroying their sacred groves and natural sites.

With this mandate, the Center proposed to the community to consider developing a Biocultural Community Protocol as a legal tool for asserting their right of Free, Prior and Informed Consent and engagement in the design of the mining and any other activities that may lead to degradation of their sacred groves and natural sites and negatively affect their well being. With support from Compas Africa, we facilitated a process in the community leading to the development of a Biocultural Community Protocol as a tool to protect their land from mining.

To secure legitimacy, we facilitated a workshop at which the Tanchara community presented their Biocultural Community Protocol and demands to the Australian mining company and other stakeholders, including the regional administration from the regional capital. The Center organized another workshop at the district level for the community to present the protocol to the Paramount Chief of the Lawra Traditional Area and members of the Lawra Traditional Council. The immediate outcome was that the Paramount Chief ordered the Chief and Elders of Tanchara to immediately dismiss all illegal miners who were attracted by the ongoing prospecting in the area, together with all their mining equipment. Azumah Resources Ltd., recognizing the level of resistance from the community and the level of recognition the community had garnered through the Biocultural Community Protocol process, thought it wise to leave the community for good.

Seeing that the big time Australian mining company with official prospecting rights from the government had left, a host of small galamsey (illegal small-scale gold miners) emerged to take advantage of the vacuum created. The galamsey miners are young men and women from other parts of Ghana who had travelled to Tanchara with the hope of doing illegal mining in the community. In February 2021, a galamsey gang was spotted by community members with tools and equipment for the purpose of engaging in illegal mining. Empowered by their protocol and community leaders, the Tanchara community accosted them. The group, totalling 18, bolted from the community, leaving behind their motor bikes and various digging tools and mining equipment. The community impounded these tools and equipment and reported to the Chief and Elders at the palace. The Chief and Elders referred them to report officially to the police, as the matter was criminal and beyond their jurisdiction as Traditional rulers.

Following official legal procedure, eight of the illegal miners were arraigned before the circuit court in Lawra on February 15, 2021. The miners were charged with attempted mining without a license, contrary to section 18 of the Criminal Offence Act 1960 and the Minerals and Mining Act 206. The illegal miners hired a lawyer to defend them in court. The community, however, did not have the funds nor the capacity to hire a lawyer. In fact, the case was called with a day’s notice to the community. The Center was informed only on the day of the hearing by the community and was not able to be present. At the end of the hearing, the community had the shock of their lives when the judge ruled that there was not sufficient evidence to convict the illegal miners. The court further ordered that the tools, equipment, and motor bikes be returned to the miners, who were subsequently released with a warning never to return to Tanchara with any intention of prospecting or engaging in illegal mining. The question is, is this justice?

— Bernard Guri (Dagara) is Executive Director of the Center for Indigenous Knowledge and Organizational Development in Accra, Ghana.