Life, Sacrifice, and Achievement: On the Front Line of the Battle for Indigenous Rights 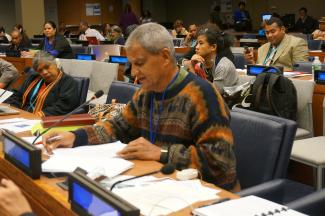 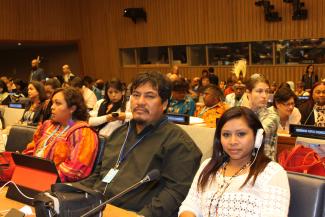 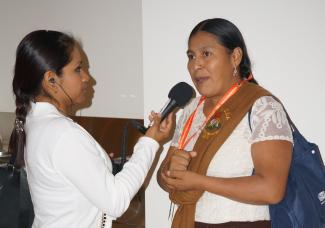 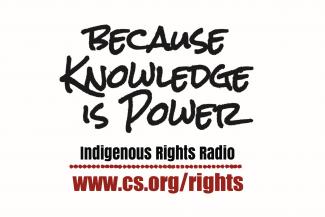 Cultural Survival’s Indigenous Rights Radio (IRR) Program uses the power of community radio to inform Indigenous communities of their rights and focuses on how these rights are being implemented around the world. One of our latest full-length programs, Life, Sacrifice, and Achievement, produced by Rosy Gonzalez, highlights human rights violations against Indigenous rights activists. The program asks difficult questions: is the struggle to defend Indigenous rights ultimately worth the sacrifice that so many leaders and communities have made? Is it worth the murders, incarcerations, threats, and violence that come with defying discriminatory practices against Indigenous Peoples, most which have been a part of the standard practice of these countries for more than 500 years? The answer for the majority of Indigenous activists is a resounding yes.

Although human rights and land violations continue to plague Indigenous communities, steps have been taken to recognize and respect the rights of Indigenous individuals. Life, Sacrifice, and Achievement highlights activists’ struggles, which in various cases have forced States to compensate victims affected by government human rights violations and brought attention to the intensifying criminalization of innocent Indigenous leaders.

On March 3, 2015, environmental activist Berta Caceres was murdered in her home in La Esperanza, Honduras. Caceres worked to defend the Lenca people of Honduras, leading a grassroots movement that ultimately compelled Life, Sacrifice, and Achievement On the Front Line ofthe Battle for Indigenous Rights Desarollos Energeticos SA and Sinohydro to halt construction on the Agua Zarca dam, which was intended to provide cheap energy to mining operations in Honduras. Caceres also cofounded the National Council of Popular and Indigenous Organizations of Honduras (COPINH) to mobilize the Lenca communities in fighting for their territorial land rights. She was instrumental in the battle against extractive industries, which Indigenous communities continue to wage today to defend the sanctity of their lands, communities, and health. Lenca communities are now urging the Honduran government to bring the perpetrators of Caceres’ murder to justice and punish them for her assassination.

In Guatemala, Indigenous communities have faced similar struggles. Since 2012, 15 Q’anjobal Maya activists from Huehuetenango have been wrongfully detained without evidence. Most of these arrests are connected to activism in opposition to the building of dams by the Spanish hydroelectric company, Hidralia Energia, along the sacred Q’am B’alam River. Seven of these activists have finally been released, including Rigoberto Juarez Mateo and Domingo Baltazar.  Life, Sacrifice, and Achievement has focused on the positive outcomes of the ongoing activism that has made it increasingly difficult for transnational companies to continue destroying the lands of Indigenous communities. It is activists such as Juarez and Baltazar who are bringing national and international attention to the situation, forcing the government and organizations around the world to involve themselves in supporting Indigenous communities in defending their homelands. Daniel Pascual Hernandez, a Maya K’iche’ leader and the general coordinator of the Farmer Union Committee of Guatemala (CUC), was asked how peace could be achieved for the conflicts facing Indigenous Peoples in Guatemala. “If peace were in our hands,” he responded, “it would be quickly and easily achievable. However, while there is hunger, injustice, racism, and oppression, peace won’t be achievable. But this situation is not determined by Indigenous communities. It is determined by those who have the power in their hands: the economic, political, military, and financial power.” Pascual  claims that the current system prevents Indigenous communities from achieving full peace, as the power lays in the hands of those who have higher financial status outside of these communities. The institutional racism and poverty resulting from the 36-year civil war that ended in 1996 are all still extremely prominent.

In Nicaragua, a proposed $50 billion interoceanic canal has stirred protests among environmental and Indigenous activists. The canal is slated to be built within protected Indigenous territory where communities are extremely vulnerable to exploitation and discrimination. Brooklyn Rivera, a member of the Miskitu community in Nicaragua and the principal leader of the Yatama organization, which represents the Indigenous communities from the Moskitia of Nicaragua, discussed his views on the megaproject. “The interoceanic canal will greatly affect the Nicaraguan population located in the project’s path, and especially the Rama and Creole Indigenous communities. On these lands there are various Indigenous communities, such as the Bankukuk, Taikah, and Monkypoin. They will be forcefully displaced or disappeared. The Rama community is the only one that speaks the language Rama, and they have truly worked to develop a sustainable life, but this community will definitely disappear with the construction of the canal, and with it, its culture and language will be lost. By backing this megaproject, the government supports an initiative that will essentially eliminate the Rama and Creole communities from this territory. These communities have a very small population in terms of numbers and are very vulnerable to being eradicated by transnational enterprises because their life conditions are so precarious,” he says. Excavation and construction are scheduled to begin at the end of 2016.

Rivera points to the importance of Indigenous communities being aware of their rights through international treaties adopted by various countries, such as ILO Convention 169, which requires Free, Prior and Informed Consent for enterprises such as the interoceanic canal in Indigenous territory. He argues that through the awareness of their own rights, Indigenous communities will be able to gain the tools necessary to defend themselves, often bringing international awareness to the violations of these rights as well. A case in point is Bolivia, where conditions for Indigenous communities have improved over the past 10 years. Angélica Ponce, the director of Bolivia’s Syndicate Federation of Women from Intercultural Communities of Santa Cruz (CSCMIB), describes the trials that Indigenous Peoples in Bolivia have endured for hundreds of years before finally gaining respect of their rights. “We were massacred for 500 years or more,” she says. “Our rights were completely violated, our sons were mistreated, our parents were assassinated. One day we said, ‘no more,’ and with a great deal of sacrifice we marched and we protested and we fought an immense war here in Bolivia . . . because of the battles we have fought these last few years, we have finally achieved our rights and we have made sure that our lives as Indigenous Peoples in Bolivia are fully respected.”

In the last 10 years, Bolivia has achieved numerous milestones for Indigenous Peoples through activism from organizations and individuals. With the help of local governments, the literacy rate of Aymara and Quechua is improving; government salaries have been reduced in an effort to minimize corruption; and the adoption of a new constitution has highlighted the concept of regional land autonomy for communities across the country. In addition, the World Bank has has upgraded Bolivia from the list of countries with low revenue to medium revenue, and as a result, more land titles have been distributed to low income farmers, especially to Indigenous individuals. All of the Indigenous leaders who were interviewed are deeply committed to fighting for the well being of their lands and communities, in spite of the threats they face. They know the importance of building alliances, strengthening local and international networks, and educating themselves and their communities in order to defend their lands, cultures, and rights.

Listen to the full program in Spanish at consent.cs.org.