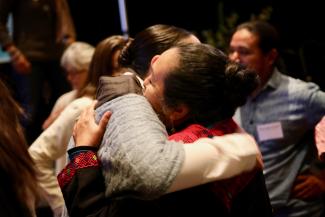 Institutional philanthropy, in a nutshell, is a Western construct. Often it can seem transactional, likened to a business deal when funders strategize about returns on investment and the ever-present question of scale. Wealth remains in the hands of few, who are disconnected from the realities of Indigenous communities fighting oil pipelines, extracted mining, and large-scale development projects. Newly released statistics confirm the reality of the unrelenting violent attacks against Indigenous Peoples defending their way of life: in 2017, nearly four environmental defenders were killed every week for standing against ranchers, poachers, mines, and large infrastructure projects.

While some funders are now embracing a narrative of “equity” in philanthropy, the actual practice requires an honest self-reflection on power dynamics, understanding how wealth is accumulated and learning how colonial systems continue to thrive in both insidious and explicit ways. Breaking patterns that are solidified by class and white privilege is not an easy feat. Sharing power requires humility. To put it simply, it’s not all “Kumbaya” at well meaning philanthropy unconference circles. As Melissa Nelson (Chippewa) of the Turtle Mountain Tribe in North Dakota and president of the Cultural Conservancy explains, “So much of the financial wealth of philanthropic dollars actually comes from Indigenous lands, resources, and labor that was extracted in very harmful ways. Reimagining wealth is also a form of restitution and healing that is needed in our world today.” 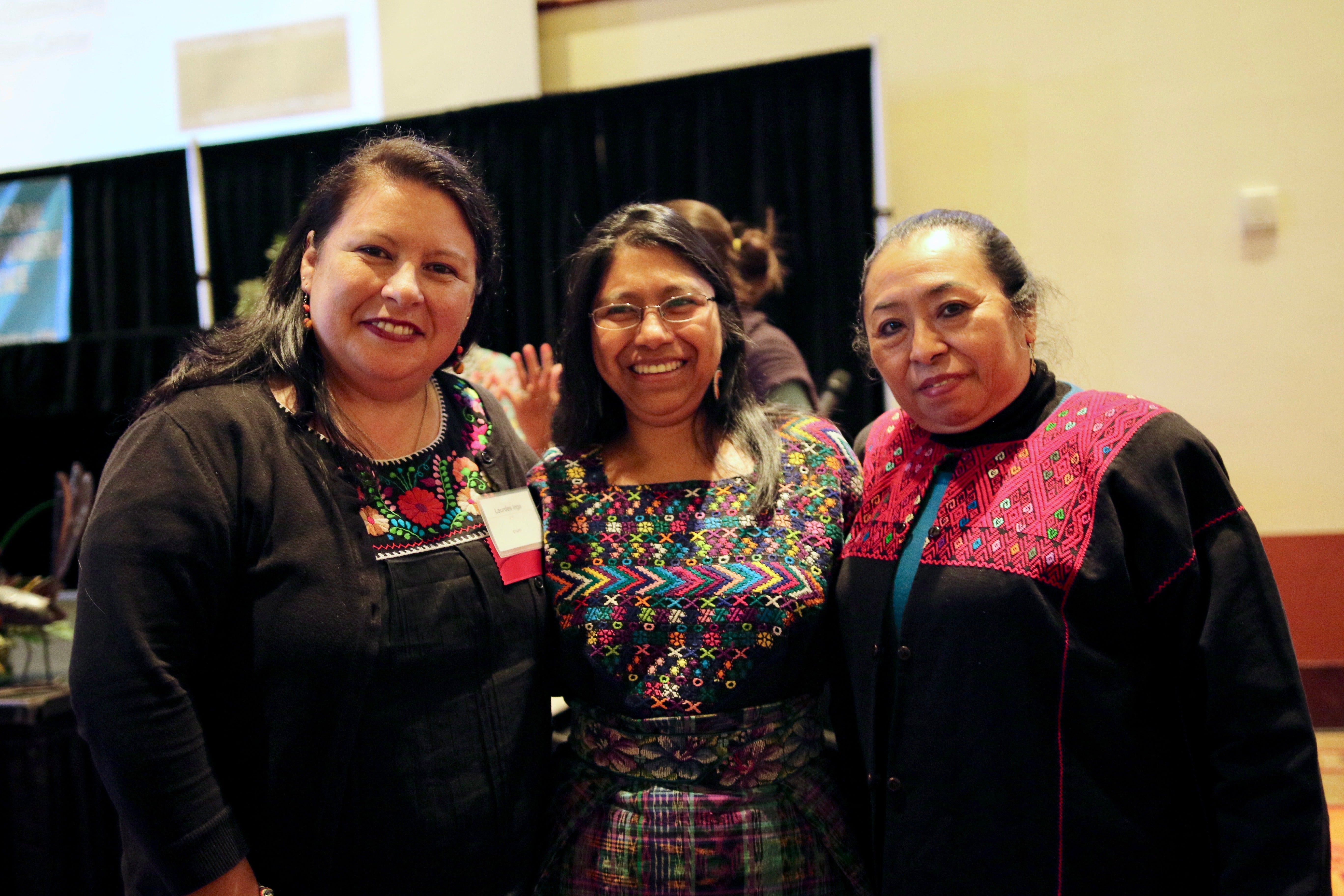 On the weekend leading up to Indigenous Peoples Day,  the International Funders for Indigenous Peoples (IFIP) convened a historic gathering in Santa Fe, NM of Indigenous-led funds to dialogue on creating a culturally appropriate model of giving that prioritized their values, wisdom, and self-determination. IFIP advocates for resourcing Indigenous solutions and building respectful partnerships between Indigenous Peoples and the philanthropic community. Suzanne Benally (Diné and Santa Clara Tewa) and Jim Enote (Zuni), both Indigenous leaders in philanthropy, shared stories of their homelands and pueblos and a long history of giving in Native communities, where reciprocity and relationship building continues to sustain connections and build trust.

“Less than one percent of philanthropic giving from top ten U.S. foundations reaches Indigenous communities,” said Benally, executive director of Cultural Survival. “Native philanthropy has an abundance of knowledge and practice in place. It’s important that we find ways to collaborate.” The convening brought together over 20 Indigenous-led funds from Australia, East Africa, Canada, the United States, and Mesoamerica, among other regions. Delegates highlighted examples of Indigenous communities seeding innovations, building renewable energy projects that are community-based, and creating holistic economic and education models to lift up their people and sustain their cultures. “It is critical that philanthropy recognizes Indigenous Peoples as innovators, scientists, educators, and thought leaders, who are driving local solutions to build resiliency from the ground up,” said Lourdes Inga, executive director of IFIP.

The leadership of Indigenous women was front and center at the convening. “As Indigenous-led funds, we are transforming the paradigm of resources. It’s not just about money. Our framework is about mutual investments and respecting intercultural models of giving,” said Teresa Zapeta, executive director of International Indigenous Women’s Forum, the world’s first Indigenous women’s fund. The delegates underscored the importance of redistributing resources and advocating for moving large funds from philanthropy to Indigenous-led movements and networks. “We need to re-center Indigenous ways of knowing and giving. Our communities know how to ethically steward the Earth. We have to reject charity models of giving and de-center whiteness,” said Kris Archie, executive director of the Circle on Philanthropy and Aboriginal Peoples in Canada. 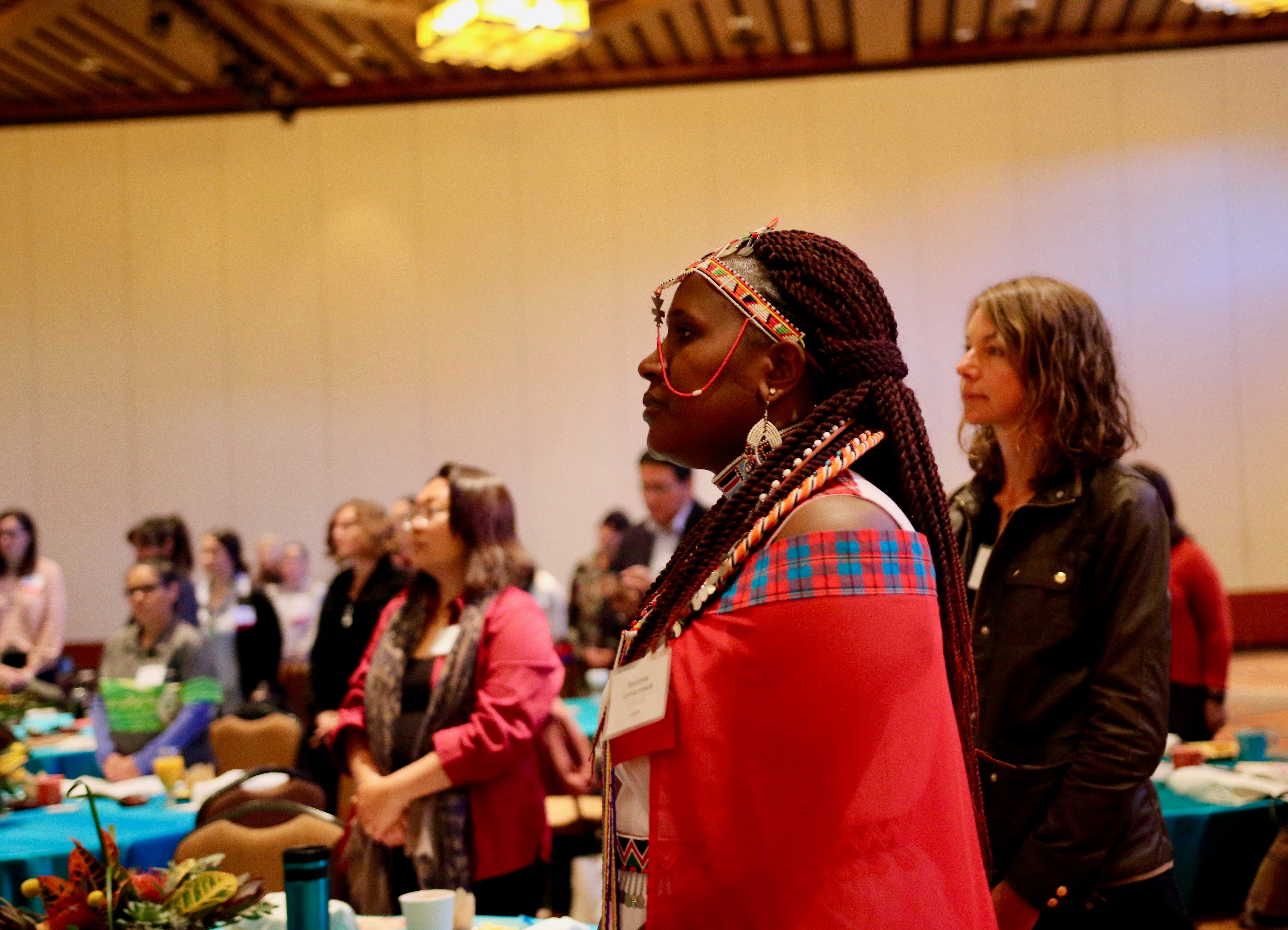 Native people in the U.S. also talked about the need to  acknowledge the historical trauma of genocide, alongside  the mining and extractive industries that continue to hurt their communities in the present, whether from birth defects caused by uranium mining in Navajo Nation or violence against women stemming from “man camps” set up to extract oil in North Dakota. “For too long, we have seen wealth as a banking model of numbers, which is extractive and transactional. For Native people, wealth is having clean water and our sacred seeds. Wealth is having children and elders together. It’s critical for mainstream philanthropic community to recognize the social capital of our community. We have to reimagine how we see wealth from a mainstream model, and we need to be audacious in receiving this abundance,” said Nelson.

Members of Indigenous-led funds also recognized the power of amplifying their own stories and creating a narrative of giving from their collective learning that respects their worldview. “It’s critical that we raise the visibility of Indigenous-led funds in the wider philanthropic community and advocate to mobilize large amounts of dollars to them,” said Inga. The vision of Indigenous-led funds is to fundamentally transform top-down, donor-grantee relationships to that of mutual benefit and reciprocity. Accountability and responsibility is a two-way street, and is necessary for a relationship to be equal.

“These Indigenous-led funds have been created over 25 years. They are part of the Indigenous Peoples’ movement for self-determination and the environmental and women’s movement. We are doing so much at the local level that impacts the regional and global level. We need to ask for more money to build relationships and trust,” said Myrna Cunningham, chair of the Pawanka Fund. Other delegates affirmed the need for traditional philanthropy to shift power dynamics, cultivate Indigenous leadership in decision-making processes, and fund programs where community empowerment and priorities are resourced in a holistic way. Winona LaDuke, renowned Ojibwe activist, also underscored the need to weave a new paradigm of economy, one that moves away from competition toward cooperation at a time when changing climate and accelerating environmental destruction is having a disproportionate impact on Indigenous Peoples.

Indigenous-led funds are decolonizing philanthropy. Donors have a unique opportunity to listen, unlearn and collaborate. Jane Meriwas, leader of the Samburu Women Trust in Kenya, reminded funders that Indigenous women were capable of leading their own organizations and defining their own destiny, and that funders had an obligation to resource their organizing and movement building. Melissa Nelson added: “These organizations are boldly dismantling power dynamics in philanthropy and are simply getting more resources to Indigenous communities, who are doing so much with so little.”

— Rucha Chitnis is a photojournalist, writer, and an emerging filmmaker. Check out her work at awomanslens.com.