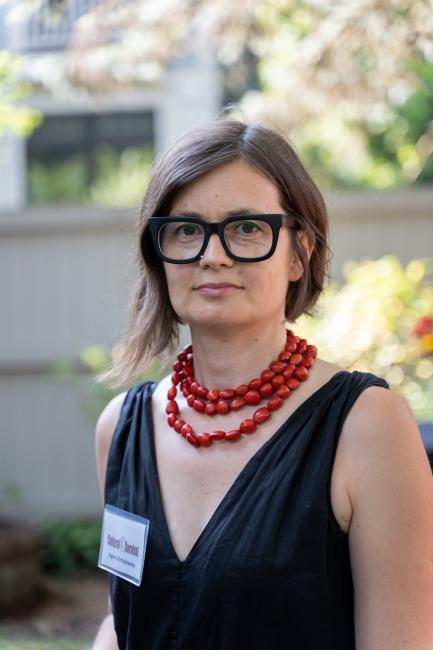 Agnes Portalewska, Senior Communications Manager, is originally from Warsaw, Poland. She studied Anthropology, Latin American Studies, photography, and media production at the University of Massachusetts, Boston, and holds a Master’s degree in Sustainable International Development from Brandeis University, where her studies focused on Rights-Based Approach to Development. She has traveled extensively in Latin America and the Caribbean, researched Indigenous media, and taught photography workshops to children. For the past 20+ years, Agnes has served as a consultant to several nonprofits in the area of communications, fundraising, and advocacy. Agnes has been working at Cultural Survival since 2002. She started as Membership Coordinator, then from 2004 to 2008, was Program Officer for the Cultural Survival Bazaars Program leading the expansion of the program from two to ten events a year. She currently directs all communications for program and advocacy initiatives, including the Cultural Survival Quarterly and social media efforts. She speaks English, Polish, French, and Spanish. Contact Agnes at agnes@cs.org.