The Voices of the Rain: Radio Kimi 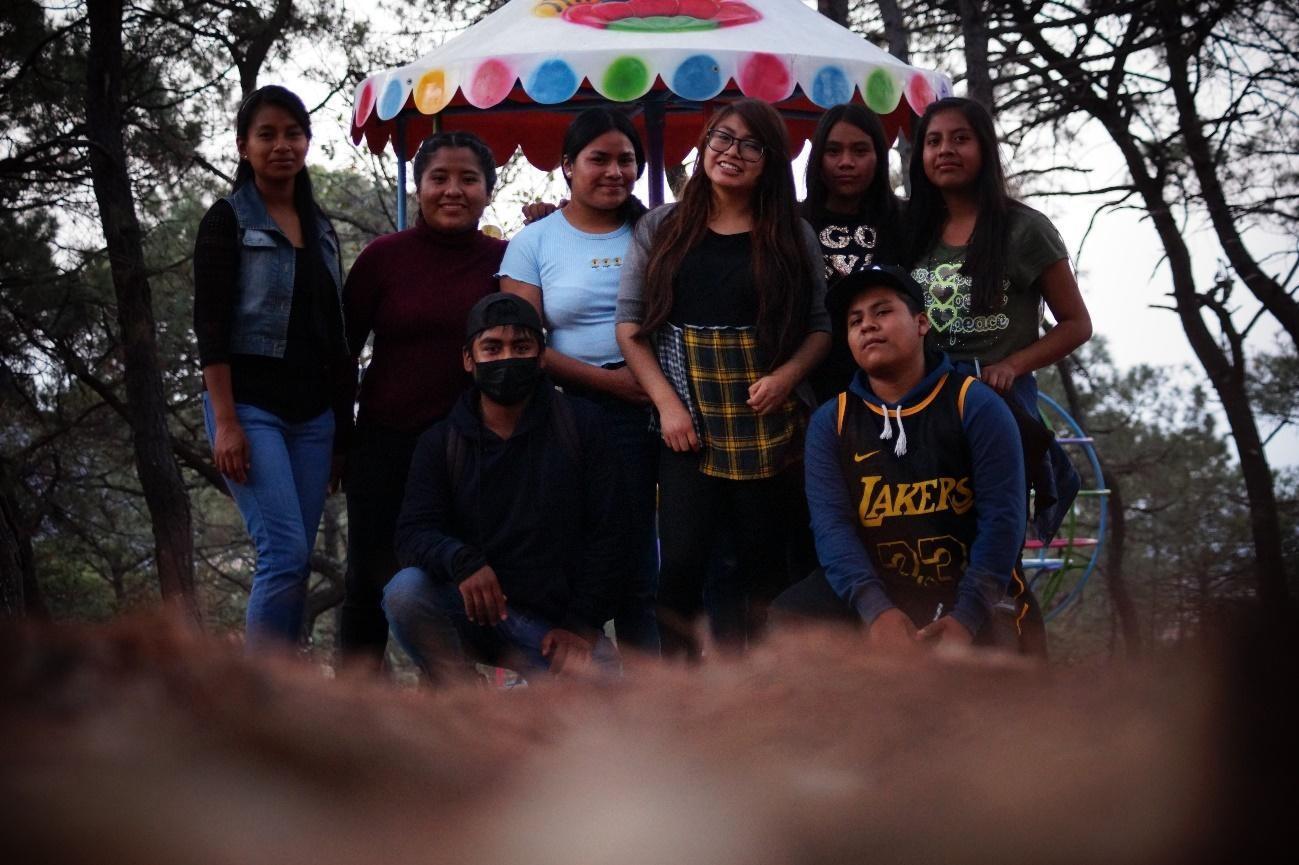 By The Kimi Collective

Broadcasting has made significant leaps in Indigenous communities due to its great impact. According to Aleida Calleja, a journalist from Mexico, “radio broadcasting is a technological support to exercise [the universal human rights of] freedom of expression and the right to information.” Hence the importance of community radio stations, which are essential to provide free, timely access to information, satisfy communication needs, and promote the exercise of the right to information and freedom of expression of Indigenous communities concerning topics of community interest such as their language, traditions, and customs. Radio has been one of the most accessible communication sources for many rural populations, including the Mixtec community of Yucuquimi de Ocampo, Oaxaca, Mexico.


Radio Kimi, locally known as “La Voz del Pueblo Grande,” is a community radio station located in the Yucuquimi de Ocampo community, Oaxaca, Mexico, a Ñuu Savi town. The station aims to revitalize and maintain the community’s Indigenous language, cultural knowledge, and care for natural resources. It also promotes regional music and local Indigenous culture as well as global issues. Radio Kimi assumes the social commitment to disseminate its own knowledge and that of others to the radio-listening population, and with this, promote the linguistic and cultural diversity of Indigenous Peoples.
Radio Kimi has an estimated 8,000–10,000 listeners from the neighboring communities of San Juan Diquiyú, Santa Catarina Yutandu, El Naranjo, Juquila de León, San Andrés Yutatio, Yucuñuti de Juárez, Tezoatlán de Segura, and Luna, San Martín del Río, among others. In 2020, the Kimi Collective, made up of young people from the town of Yucuquimi de Ocampo, Oaxaca, received support from Cultural Survival’s Indigenous Community Media Fund to reinforce the community radio station through their project “The Voices of the Rain.”


“The Voice of the Rain” started from needs Mixtec youth identified as priorities, including gaining technical knowledge and skills to engage with media. The community radio station aims to inform the population while influencing and improving the appreciation of Mixtec traditions, language, culture, and environment. The project sought to improve the tequio (community work) of young people who had become disconnected from their Indigenous community.
The project was originally scheduled to start in November 2020, and several young people from the community signed up with great motivation. However, the confinement caused by COVID-19 resulted in a change of plans. At first, it was feared that the project would be canceled but in February 2021, with the recommendations of the Mexican health sector, the project was launched. At all times, we had the support of Cultural Survival’s team, who gladly addressed the doubts of the Kimi Collective.


The workshops began in February 2021 with the participation of 15 women and 5 men, all native speakers of Mixtec from Yucuquimi de Ocampo. Young people participated in all of the workshops in their native language. Within the workshops, the development of young people was promoted in different aspects, such as how to lose the fear of expressing themselves through the microphone and the leadership of women, and the strengthening of their confidence. During this process, field work was carried out to generate products for our audience.


Attendees grew increasingly enthusiastic, contributing ideas and coming forward with positive energy to learn new techniques to implement in community radio. It should be mentioned that COVID-19 made things complicated, and therefore it was necessary to make several adjustments to the way of working. Among the challenges presented by the pandemic were that it was no longer possible to visit the elderly and talk with them directly at their homes and it was not possible to document some community festivals. Ultimately, however, these situations did not limit our ability to carry out the training sessions with the pertinent sanitary measures for the care of our assistants. 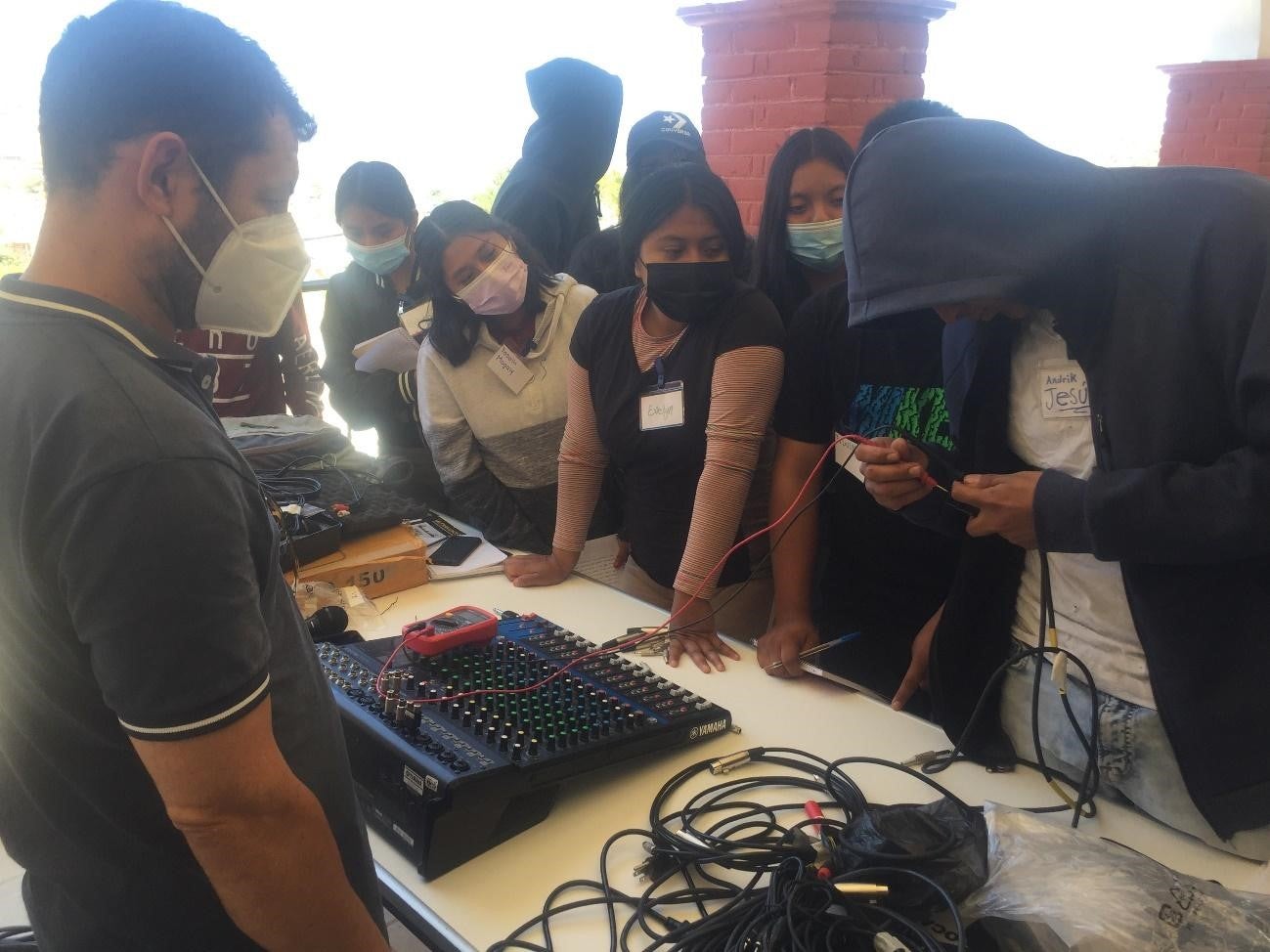 José Juan Cárdenas Vázquez led the first workshop. With his characteristic enthusiasm, he taught the participants about the structure of a radio station and went over programming. Thanks to his knowledge, the youth learned to equalize sounds and to diagnose technical problems. Initially, the youth were afraid to ask questions, but little by little they became emboldened. As a result of this training, they gave presentations about the radio medium in their schools. 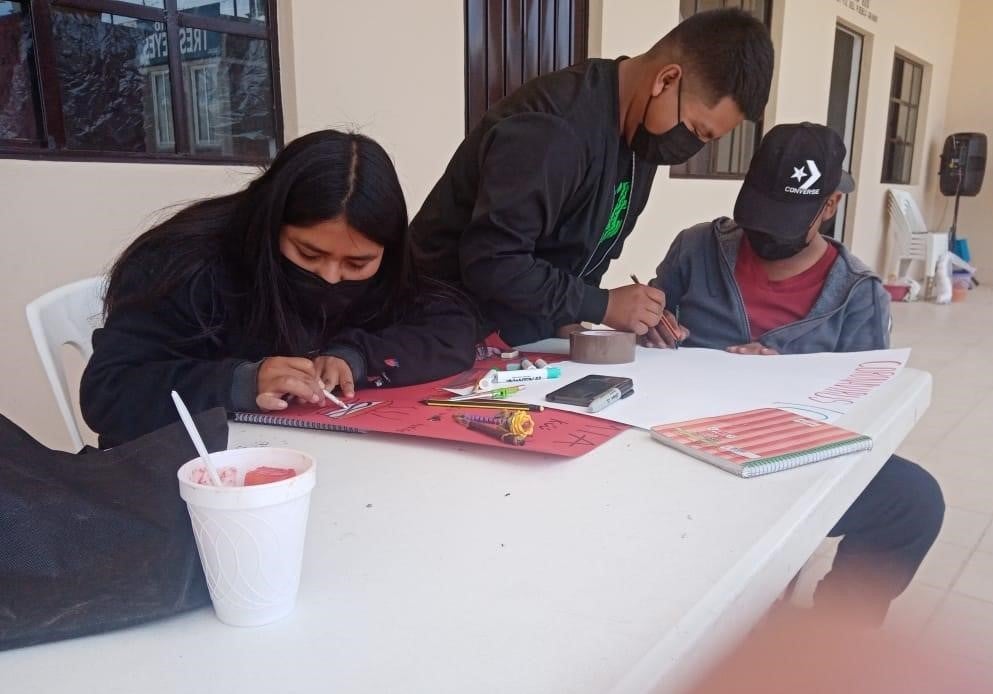 The second workshop was led by Professor Silvino Velásquez Matus, who shared his experience as part of the Ixhuatán Isthmus community radio team. He also spoke about the importance of community radio and vision. We learned to use the software Audacity and Zara to make our radio programs. Participants discussed problems that exist within the community, such as the misuse of water, the resale of handicrafts, and the lack of protection of local biodiversity, among other topics, to share with our listeners. 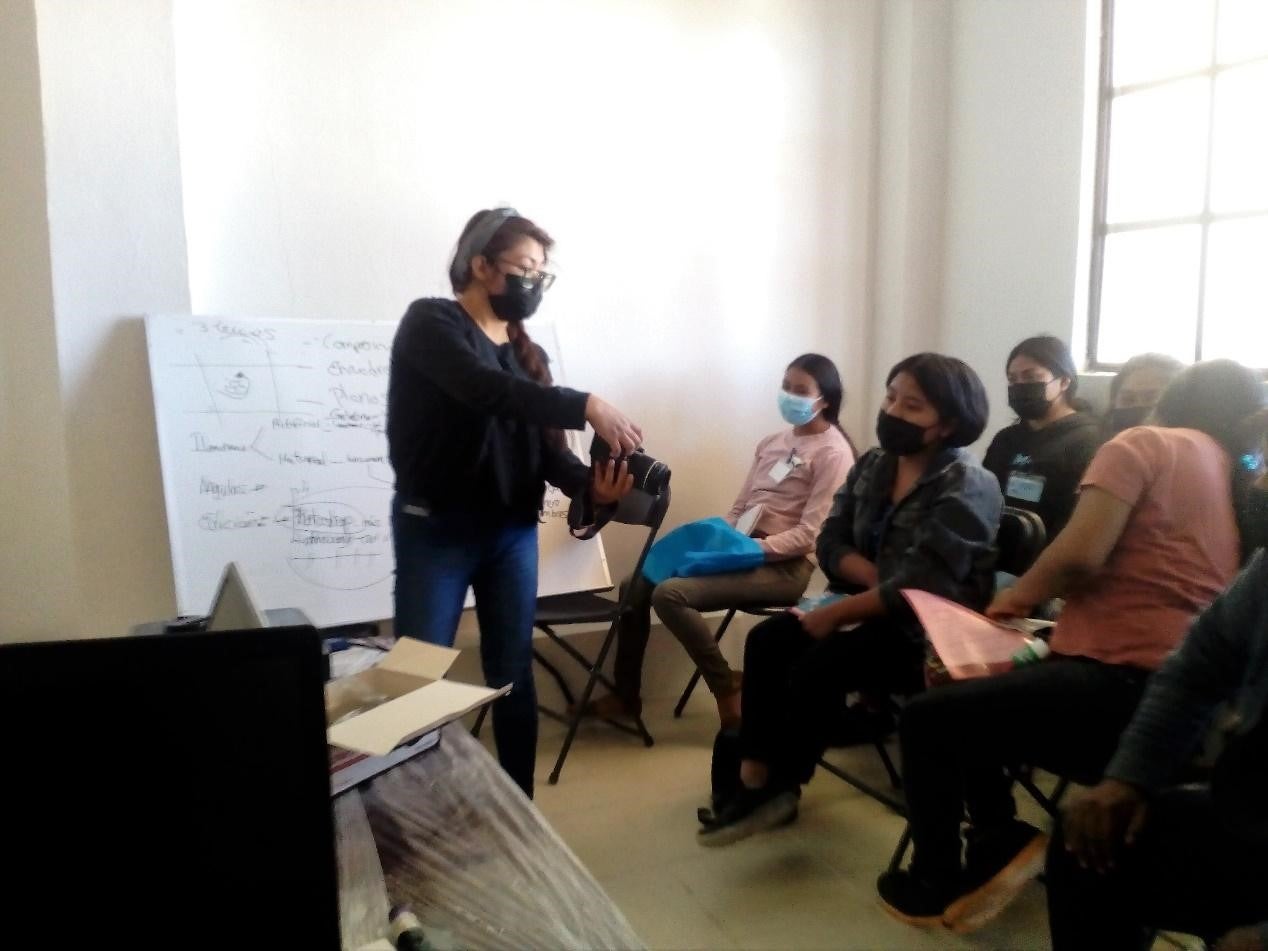 The third workshop was led by Beatriz Rivera González, who taught photography techniques to capture a good photograph and to convey feeling through images. This workshop inspired the youth in a great way, since through this tool it is possible to capture important moments of our people and share our customs and traditions. Later, Diego Mateo and David Sánchez focused on technology. With them, we learned how to develop mobile applications to teach our language, which is Mixtec. They also demonstrated techniques for creating illustrations and digitizing sketches as ways of capturing ideas to improve the teaching of Mixtec. In each space, the youth sought to talk with the trainers to ask questions about their expertise. Rivera González, Mateo, and Sánchez are all university students, and their experiences inspired several of the participants to continue their studies in media. 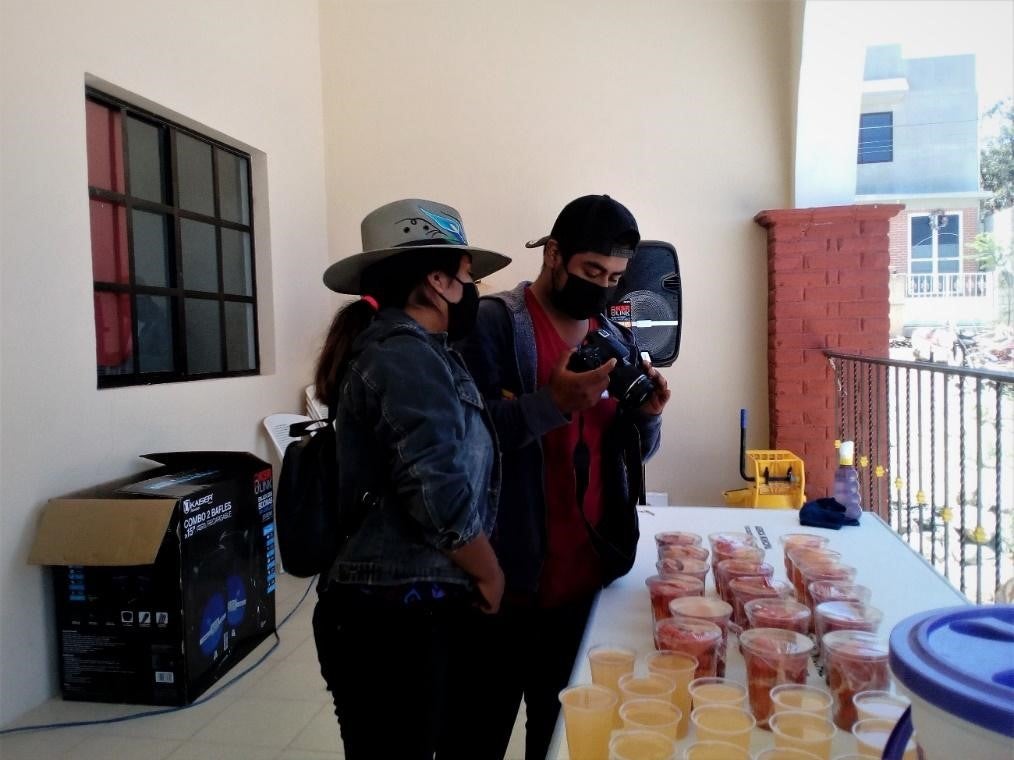 After each session concluded, we played some friendly soccer matches with the trainers, during which we continued to share ideas about implementing community radio while also strengthening trust and camaraderie. The workshop participants reflected their satisfaction with the knowledge they gained as well as the opportunity to meet other people with different specialties, which motivated them to continue learning. 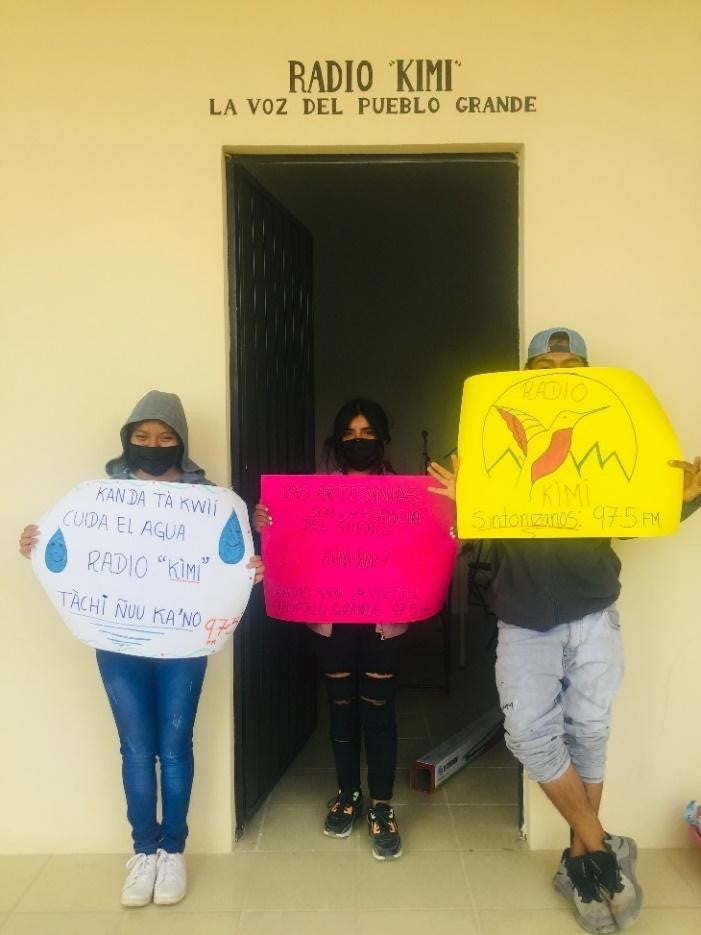 In this last workshop, we produced materials for our community and for Radio Kimi on different topics in Mixtec, making posters and recording radio programs. There was also time to conduct interviews with Elders from the town, taking into account health precautions. It is worth mentioning that the grandparents were happy to share stories, facts, legends, and rituals for Mother Nature. They congratulated the youth for their work and their interest in transmitting and appreciating our roots as a Mixtec people. In this workshop, we learned about various aspects of the work of other sister community radio stations. As young Mixtecs, we are very proud of our work and of having been part of this workshop. 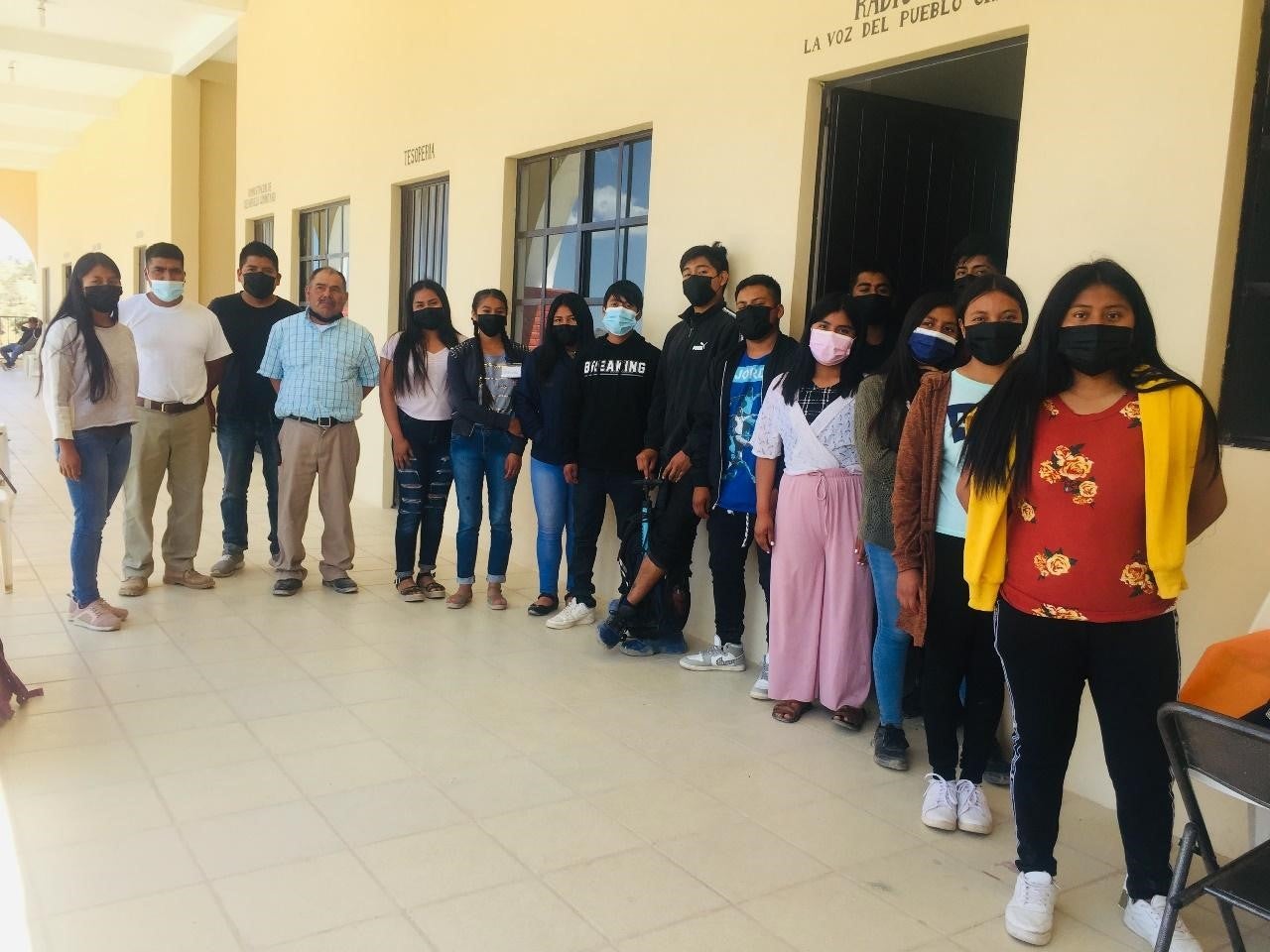 All of this was made possible with the support of Cultural Survival’s Indigenous Community Media, which was the mainstay in the financing to carry out these workshops in collaboration with the Municipal Authority and the Kimi Collective, trusting and betting on community work for the benefit of our Radio Kimi. As AMARC Africa and Panos Africa Austral previously defined it, community radio is characterized by three aspects: it is a non-profit activity, the community has control of the property, and it involves the participation of the community.  We are considering these three aspects so that the community has effective control of its own media, helping those who do not have a voice to express themselves and serving as a spokesperson for the oppressed. There is no doubt that community radio has been a vital lifeline during the pandemic, allowing far-reaching communication in addition to transmitting knowledge and traditional knowledge based on the oral tradition of the communities.