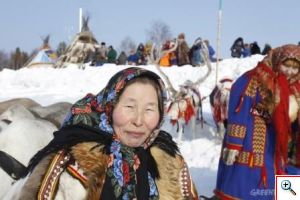 U.S. Geological Survey’s long-awaited Circum-Arctic Resource Appraisal concluded that 84 percent of the total undiscovered oil and gas left in the world is sitting offshore, with the bulk of it in three huge Arctic basins with Russia controlling the largest single chunk of it. Last week, Iceland granted exploration licenses to both Valiant Petroleum and Faroe Petroleum in blocks close to the island of Jan Maven. Environmental groups are gearing up in opposition, as Imperial Oil is getting ready to initiate drilling in Beaufort Sea in the Canadian Arctic. It is quite clear to many that the Arctic is the next frontier of oil and gas and the Arctic states are under pressure to cash in on their resources, setting stage for a series of contentions between governments hands in glove with business interests and local communities and environmental groups.

In this context, the Arctic Council – the ‘high-level intergovernmental forum to promote co-operation, co-ordination and interaction among the Arctic States’ is a crucial entity and it’s recent meeting in Haparadan, Sweden a momentous one. Many see the suspension of the organization RAIPON (The Russian Association of Indigenous Peoples of the North), which is a permanent member of the Council and represents 41 indigenous groups in Russia, on the eve of the meeting, as quite suspicious.

The directive by Russia’s Ministry of Justice that suspends RAIPON’s activities from November 2012 to April 2013, cites RAIPON’s failure to bring it’s organizational charter to comply with the Article 42 of Russian Federal Law of May 1995 as the reason for the suspension. However, as RAIPON’s representative Dmitry Berezhkov notes, RAIPON’s organizational charter has been the basis of it’s working for the past 22 years. Moreover as recent as in 2005, the Ministry of Justice itself had thoroughly checked and approved the charter and ensured the charter’s compliance with Federal legislations. Since then the Russian Federal law has not been changed. However, following an audit in 2010, the authorities made two demands to RAIPON, to register its logo federally and to validate the nationwide status in RAIPON’s name and to include in it’s charter a list of RAIPON’s representative offices in Russia’s provinces. With representative offices already present in 49 of the 83 provinces in Russia, RAIPON’s structure was already in congruence to the second demand of the Ministry. Nevertheless, being a law-abiding organization, to formally align RAIPON along the two legal comments, by registering RAIPON’s logo federally including the existing list of regional representative offices in Organization’s charter, a special congress of all its members was called for in 2011. However, the Russian Ministry of Justice refused to approve of the congress’s actions, diligently trying to find and citing minor irregularities in the meeting proceedings. Though RAIPON brought the controversy to Moscow City Court, the ruling was against RAIPON in October 2012. And a month later, in November the directive on the suspension of RAIPON’s activities was issued.

Another hint of foul play is that, the Ministry of Justice very well knew that the date for the 7th Congress of Indigenous Peoples of the North of the Russian Federation, planned for March 28-29, 2013, was getting closer. All the stakeholders, including the ministry were well aware that the final demands of the Ministry – inclusion of the list of representatives in the organization’s charter would be met at this Congress. So itself the suspension of RAIPON till April 20, 2013, seem to be a resolute attempt by the Russian authorities to subside Raipon’s prominence in consolidating and empowering Indigenous communities in Russia in these pertinent times.

What is clear to many, RAIPON’s suspension is a political act by the Russian government. And the politics of the act is begotten by the not so unique context of a rat race for exploitation of a resource rich land, where the Indigenous communities and an organization like RAIPON stand as obstructions to eager, powerful capital. In the Arctic, Siberia and Far East regions of Russia, where the paucity of opportunity is the only barrier to excess of capital ready to be invested, the Indigenous people are a direct contention to the many investors. Of the four million who live in Arctic regions, 500,000 are Indigenous. Their way of living, centered on sustainable use of land’s resources through hunting, fishing and herding are in direct conflict to the usurping and exploitation of these lands by extractive industries. In this scenario, instead of protecting the rights of the Indigenous communities, the actions of the government have ranged from inaction to explicit collaboration with vested business interests.

In 2011, the Russian government dissolved the only remaining organ of state power at the federal level in name and mission dedicated to the minority peoples of the North (the Committee on Problems of the North and Indigenous Peoples of the Federation Council of the Federal Assembly of the Russian Federation). Moreover, the authorities introduced a system of tenders and bids for the land in the North, by which, the impoverished Indigenous communities have to compete with the large businesses to gain rights to their lands. This system of tenders engineered by the government, which is rapidly moving Indigenous lands into the hands of private businesses is quite telling of the stance of the Russian government vis-à-vis the rights of Russia’s Indigenous people. RAIPON has been a vociferous critic of the Russian government in all such cases locally as well as nationally, actively resisting government apathy and aggression. The organization was recently involved in a dispute over a hostile takeover of a jade mine in Dylacha Evenk by a company owned by the head of the local security service.  This staunch activism has made RAIPON, a target to the government’s ire.

Over the 22 years of its functioning RAIPON has been as a strong voice for the Indigenous communities of Russia representing them in various international platforms. RAIPON’s representatives have participated in the preparation of all the relevant international instruments and institutions developed in the last twenty years on the rights of Indigenous Peoples, including the establishment of the UN Permanent Forum on Indigenous Issues and the adoption of the UN Declaration on the Rights of Indigenous Peoples. RAIPON has a special consultative status with the ECOSOC and its representatives are members of UN Permanent Forum on Indigenous Issues. Suspending RAIPON’s activities thereby deals a significant blow to not only the Indigenous communities in Russia but to the cause of Indigenous rights across the globe.

--Febna Caven is an independent researcher and writer on communities in contested environments.

Demand that he ask Russian authorities to reinstate RAIPON,
and allow it to continue its important work both in Russia and internationally.