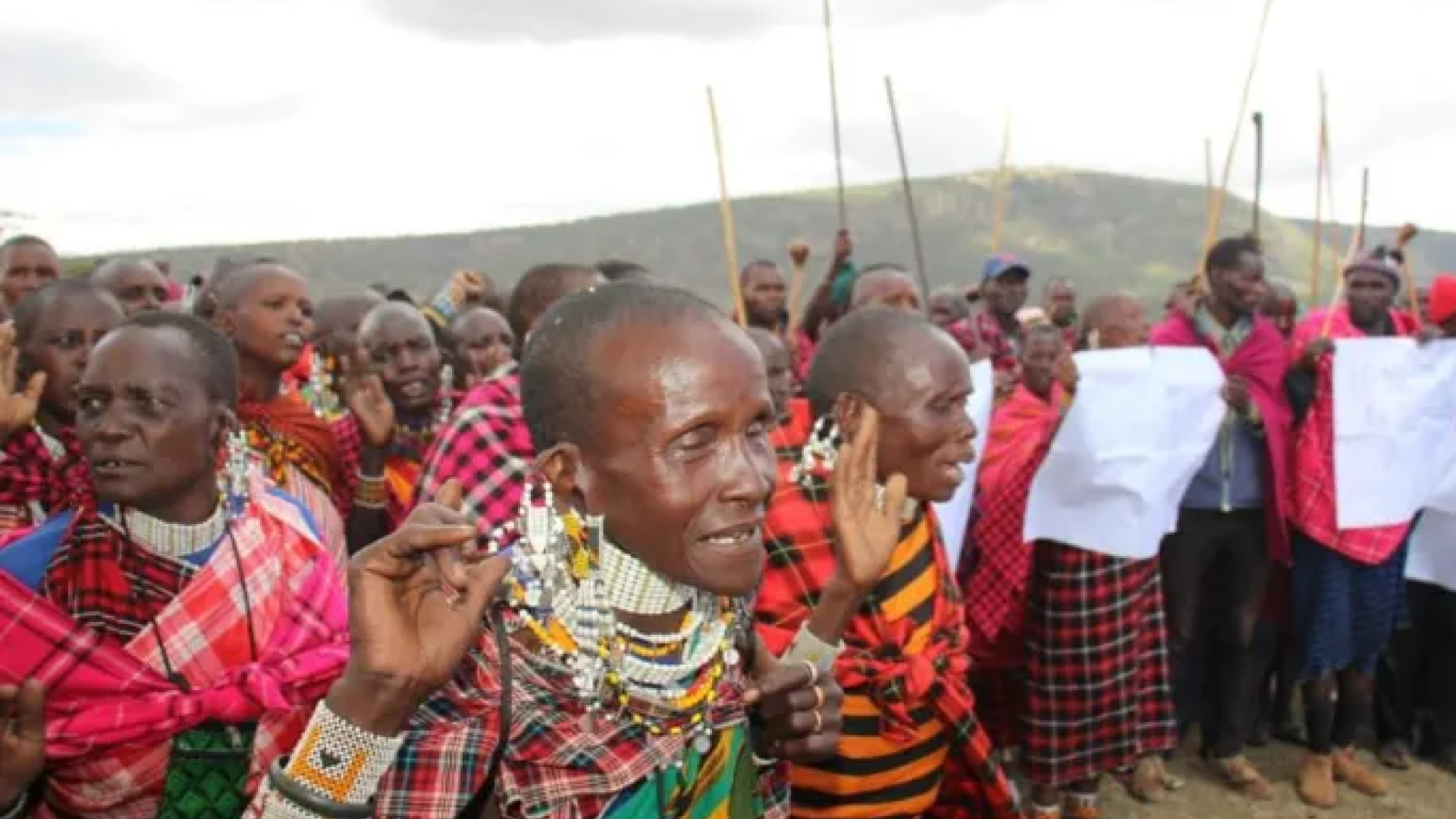 Content Note: The content discussed below, and/or some of the web pages we link to, contain text and images documenting physical violence against Maasai people.

Maasai communities of Loliondo in the Ngorongoro District of Tanzania are facing egregious levels of human rights abuses, including harassment, violent eviction from and seizure of lands, arrest, and bodily harm, by the Tanzanian government. This ongoing intimidation and forceful eviction of Maasai living in the Ngorongoro Conservation Area came to a head on June 10, 2022, when several Maasai were wounded during violent attacks led by the government of Tanzania’s armed forces. This is the latest in a series of attempts to forcibly displace the Maasai of Loliondo from their legally recognized customary lands in order to create a game reserve for foreign safari and hunting tourism. This unlawful takeover is being justified under the guise of conservation. This is a multilayered infringement upon the Maasai community’s established individual and communal rights as recognized under international law. Further, this seizure is a transgression of Tanzania’s responsibilities to both national and international human rights obligations.

The Maasai communities and clans residing in the Ngorongoro Conservation Area are pastoralists and stewards of their ancestral grazing and habitation lands. Displacement from this area will not solely result in dispossession of ancestral territories and mass displacement but also in loss of livelihoods and conservation of the lands. One Maasai activist acutely remarks,

Moreover, this latest move by the Tanzanian government indicates that no proper consideration or response was given to communities’ calls for consultation and collaboration.

In June 2022, the Tanzanian Ministry of Natural Resources and Tourism announced plans to change the status of the conservation area into a Game Reserve. With this change, permanent residence and livestock grazing will become illegal not only in Loliondo, but also in Lake Natron, Lokisale, Longido, Mto wa mbu, and Kilombero. On June 7, 2022, hundreds of police and paramilitary descended upon Loliondo where they began demarcating 1,500 km2 of land and arresting village chiefs and councilors. Maasai community members in positions of leadership, such as Parmwaari Merika, Chairperson of the Oloirien Village, who have publicly voiced their opposition to the eviction and establishment of the Game Reserve. At least eight councilors and party chairpersons have also been detained for questioning and will possibly face detention under unknown charges. As of June 21, 2022, a number of detained leaders have been or will be taken to court under murder charges (statement by Maasai activist). The arrival of such a heavy police force clearly indicates the Tanzanian government’s decision to advance their plans to change the status of the Ngorongoro Conservation Area into a game reserve despite the courageous and extensive community-led resistance, legal intervention, and condemnation from an international audience that previously halted this project.


This most recent campaign of threats and actions follow three prior efforts to specifically evict the Maasai of Loliondo: previous attempts led by illegal military operations in 2009, 2013, and 2017 involved arson, mass beatings, slaughter of livestock, and other crimes. These efforts have been made in the interest of developing foreign safari tourism and trophy hunting in the area. Numerous sources report that the Ortello Business Corporation, which organizes hunting excursions for the United Arab Emirates royal family, will run the game reserve. According to the Oakland Institute, this company has, in several instances, been responsible for violations of Maasai communities’ rights in the effort for land seizure. 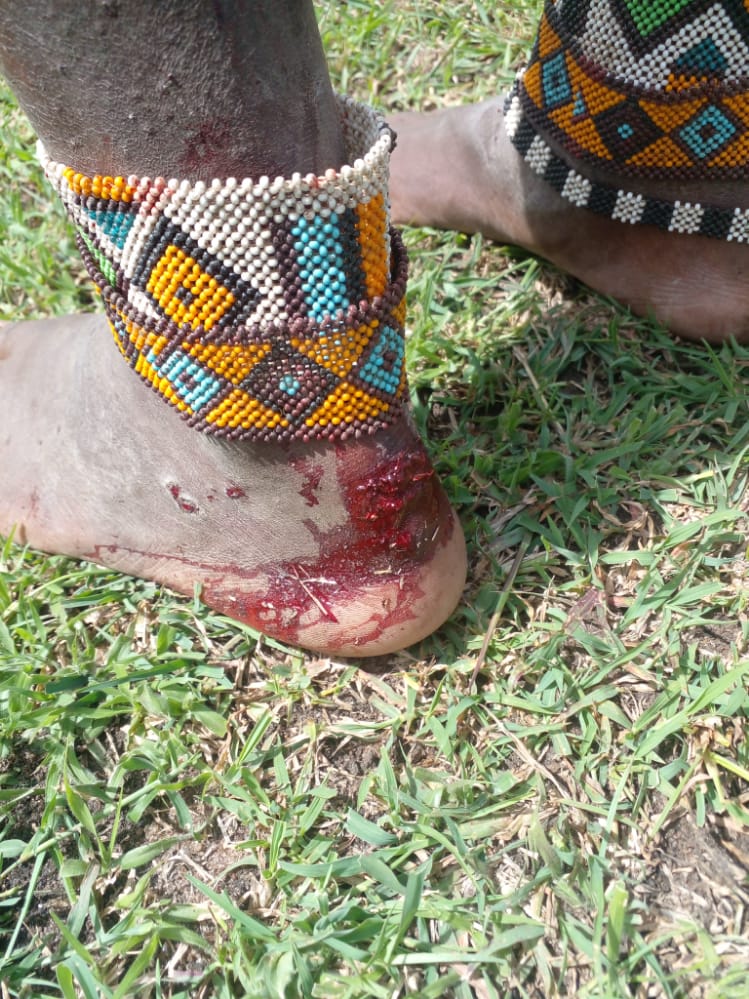 In an effort to hold out against threats of eviction, the Maasai have assembled a series of community meetings to convey their views, concerns, and calls for recognition of their rights to live in their territories. Thousands of Maasai community members have gathered in numerous locations to peacefully protest this occupation and recent moves for land seizure, which is reported to have resulted in security forces opening fire, beating people, and throwing tear gas at a traditional ceremony. During the police invasion in Loliondo, about thirty one people were injured, one policeman died, and police forces wounded community members, including women and elderly people, one Maasai activist shared. Although information is still being gathered and accurate reporting of events is often inhibited, people on the ground have posted and circulated images and videos of the violence despite the government’s intimidation of journalists and civil society organizations and censorship of independent media. The government continues to deny the mobilization of military and state forces and this ongoing conflict, citing as evidence that there are no wounded people in hospitals. This is because, due to legal procedures for hospital admission and out of fear of retaliation, all injured individuals were compelled to cross the border into Kenya to receive treatment. Nevertheless, the Tanzanian government has acknowledged plans for allocating funding for the forced relocation and criminalized leaders for their public resistance against these plans.


Though there have been several pauses from outright coercion and forcible relocation throughout the years, the government of Tanzania has continued to inhibit Maasai livelihoods and limit basic social services while moving forward with eviction and resettlement plans without free, prior, and informed consent of the communities being relocated and the communities they are to be relocated into. The Minister for Natural Resources and Tourism has conceded that the government of Tanzania is vesting resources in social services in Msomera, where Maasai residing in the Ngorongoro Conservation Area would be involuntarily resettled following eviction. Furthermore, the government has consistently ignored Maasai communities’ attempts to initiate dialogue over land and land use. Following the latest round of eviction threats in February 2022, the Maasai of Loliondo requested support from the government via petition. During a June 2022 talk concerning the Loliondo Game Control Area and the Ngorongoro Conservation Area, Tanzanian Prime Minister Kassim Majaliwa announced that he was prepared to listen to community input and recommendations for land use. Subsequently, later that month, in hopes of beginning this bilateral discussion, several Maasai communities submitted an in-depth report, conducted by an in-community committee, on most suitable land use practices for their lands to Prime Minister Majaliwa. However, neither Prime Minister Majaliwa nor the government of Tanzania properly considered or responded to this report or any other recent call for support prior to setting evictions in motion in June. The actions by the government of Tanzania are taking place in direct infringement of international human rights law. Further, these moves are in noncompliance with the 2018 East African Court of Justice injunction that prohibits the government of Tanzania from evicting residents, confiscating livestock, destroying property, and intimidating community members. The judgment for this injunction is set to be finalized on June 22, 2022, however the government deliberately chose to neither heed the mandate nor await final judgment.

There is a long colonial legacy of expulsion and forced relocation of the Maasai that spans decades. Many of the Maasai experiencing violence today were previously evicted from the Serengeti National Park in the 1950s by British colonialists. This pattern is cemented within the main framing commonly used by international conservation organizations and the Tanzanian government that conservation and Indigenous livelihoods are incapable of coexisting and prospering conjointly. This frame of ecosystem conservation disregards evidence that pastoralism increases biodiversity rather than diminishing it. The government of Tanzania has actively promoted misinformation that permanent residence and Maasai livelihoods threaten the ecosystem, irrespective of the fact that Maasai communities have lived in these areas for generations. Furthermore, the conservation facade ignores the fact that since Indigenous communities have been, are, and will continue to be caretakers of the land, empowering them is the most effective means to guarantee environmental sustainability. As one Maasai elder said,

“The government is establishing a hunting park where the Royal families from Dubai can hunt freely. The Maasai community is protecting both their rights and rights of wildlife. This pristine land that is protected and taken care by the Maasai has been given to a royal family from Dubai for sport hunting.” (Forest Peoples Programme, 13 June 2022).

And as one Maasai activist poignantly notes,

“…Most of the people speaking about the Loliondo Game Control Area, most of them, don’t even know the livelihood of this community. They don’t even understand. …[Maasai] livelihood has been friendly to the ecosystem for ages and that’s why this land [is] still beautiful today. This land has been attractive to date. One of the things about this community, they are not friendly to the issues of hunting activity because due to their natural formality, due to their livelihood, they live with wild animal[s] in a friendly way. And that’s why it’s hard to hear cases in regard [to]…any hunting activity going on in their locality because they don’t hunt or they don’t do any torture to wild animals.”

The continued threat and impending eviction of Loliondo Maasai is a prime example of the way in which safari tourism remains a major motivation for governments to evict, relocate, or kill Indigenous inhabitants at the potential of foreign investments. One Maasai activist remarks,

“…the government has been using the umbrella of conservation in order to allow…trophy hunting activity to continue on this land. If conservation is really the question, why no dialogue? Why not [read] what the people have brought [to] the table concerning their own recommendation[s]? Why [invade] with firearms? Why not [sit] in dialogue in a peaceful way? The communities of Maasai are humble, lovely, [and] purely custodian[s] of the environment…”

It is deeply concerning that the government of Tanzania is so brazenly breaching both national and international human and Indigenous rights legislation that recognize and protect the individual and collective rights of the Indigenous Maasai. The government of Tanzania has yet to make a statement concerning the human rights violations they have enacted during this violent eviction. Further, the government has already initiated a number of show trials against Maasai leaders and continues to threaten and intimidate activists. 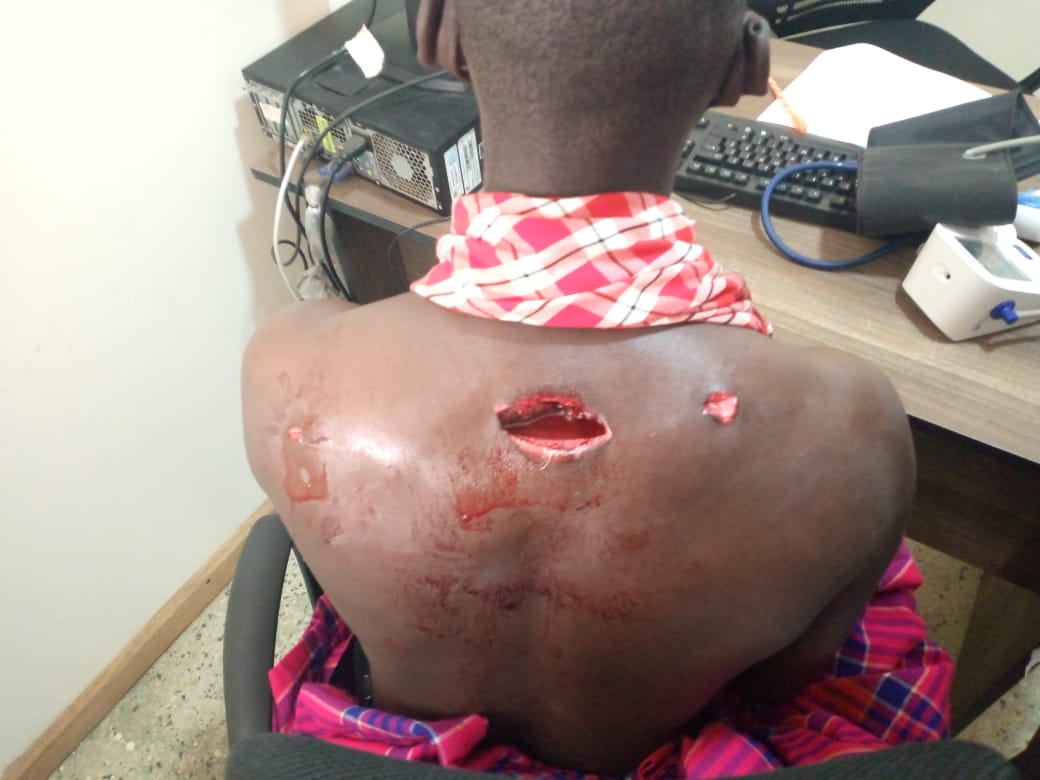 The United Nations, Cultural Survival, Indigenous Peoples Rights International, the International Land Coalition, Indigenous and Community Conserved Areas Consortium, and numerous organizations dedicated to protecting Indigenous Peoples’ rights and amplifying calls for justice urge the government of Tanzania to comply with human rights obligations and cease additional attacks, involuntary eviction, and other human rights violations against the Maasai. In particular, they call for the government to promptly cease state-imposed violence against the Maasai, assure justice and reparations for victims of the armed assault, begin a culturally relevant process of conversation with Maasai community leaders, enact individual and collective rights and community land rights of Indigenous Maasai pastoralists in accordance with international human rights mechanisms, cease criminalization of Maasai leaders, and guarantee Maasai their fundamental rights of freedom of speech and peaceful assembly.

Additionally, these organizations urge conservation organizations and funders in addition to tourism operators and individual tourists to support the self-determined priorities of the Maasai. The public is called on to act in support of the Maasai by signing and sharing the Avaaz “Tanzania: Stop the Maasai evictions” petition.