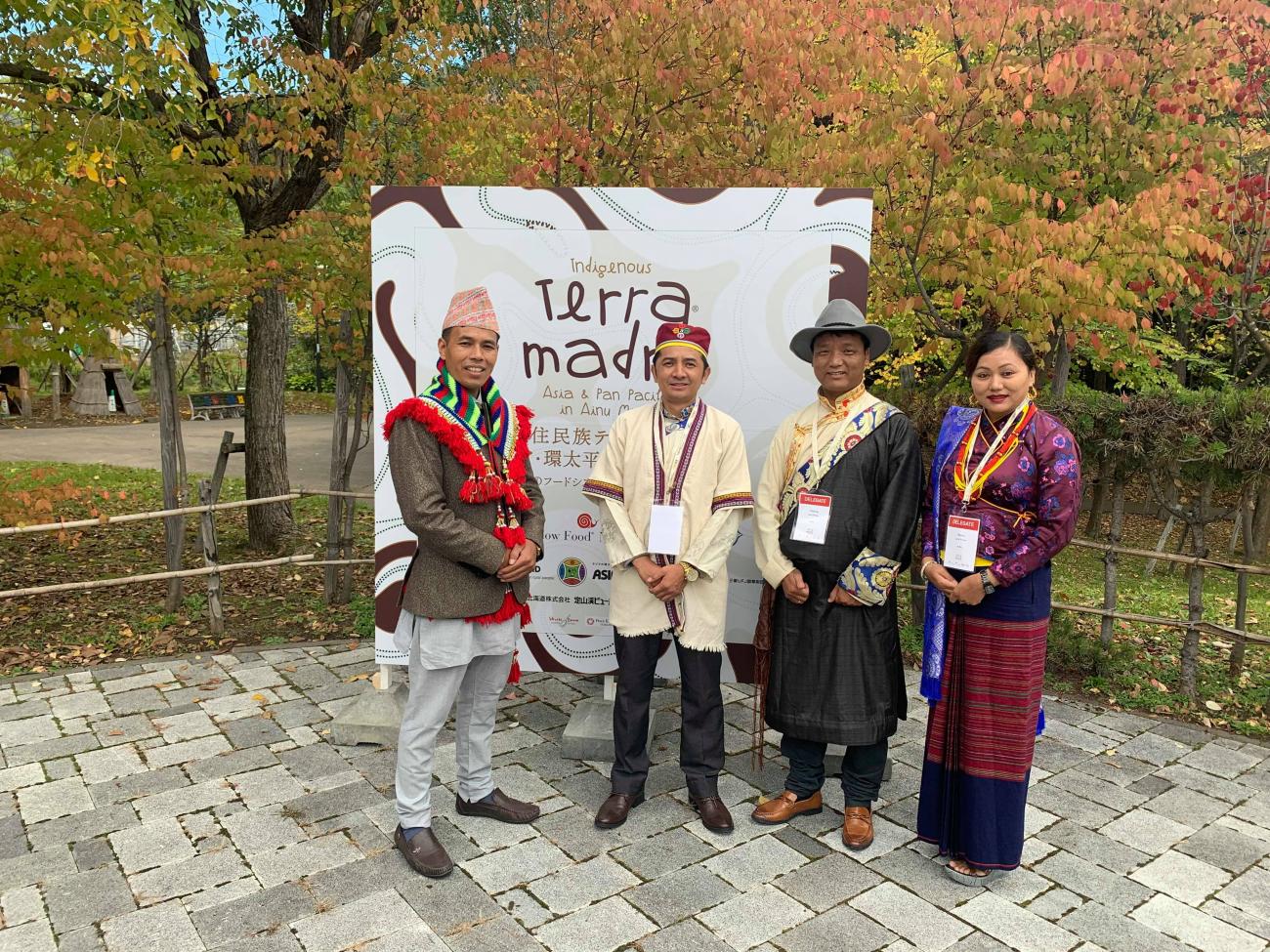 On October 16, initiated by the UN Food and Agriculture Organization, World Food Day is observed worldwide to raise awareness about food systems, production, and distribution. The Ainu brought together over 200 Indigenous representatives, chefs, and agricultural producers from 27 countries, mainly from the Asia and Asia-Pacific region, for a symposium to discuss Indigenous food system and challenges faced by Indigenous Peoples under the theme of “Indigenous Peoples’ Food Systems: Climate Change and Sustainability.” 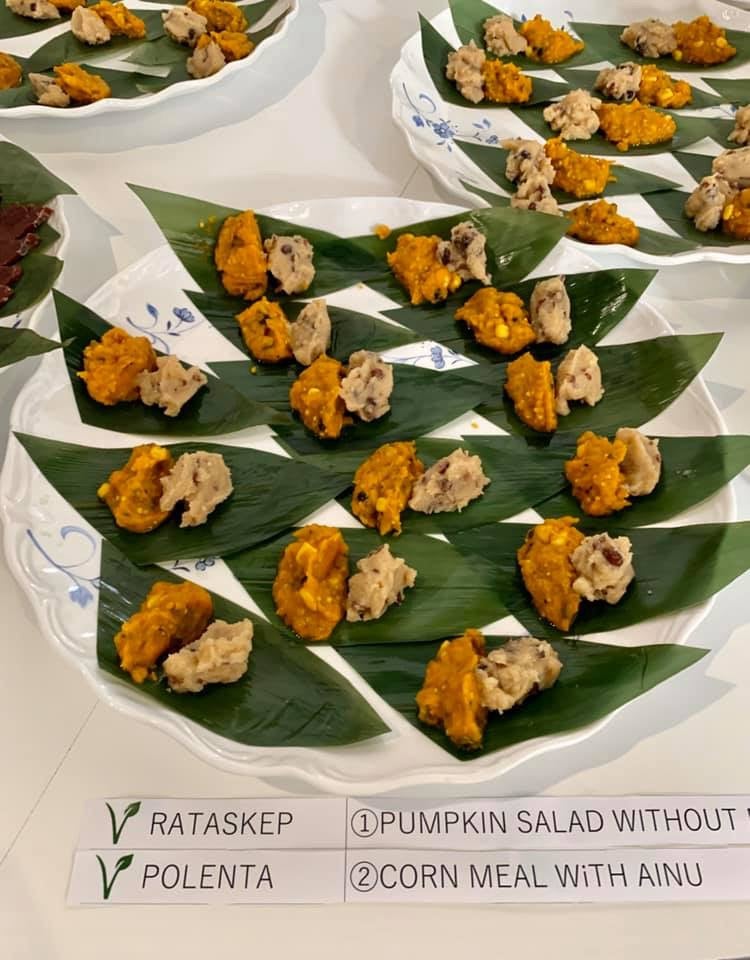 There are two Indigenous Peoples in Japan —the Ainu and Ryukyu. The Ainu live on the northernmost of the islands and Ryukyu live on the southernmost islands of Japan’s archipelago. “Being Ryukyu, an Indigenous person in Japan, it was my dream to connect the Ainu from the north and the Ryukyu from the south  in one place, to talk about wisdom, challenges, and issues, and bring them to the attention of the world,” said Remi Le, president of Slow Food International, Japan, one of the organizers of this year’s Indigenous Terra Madre festival. 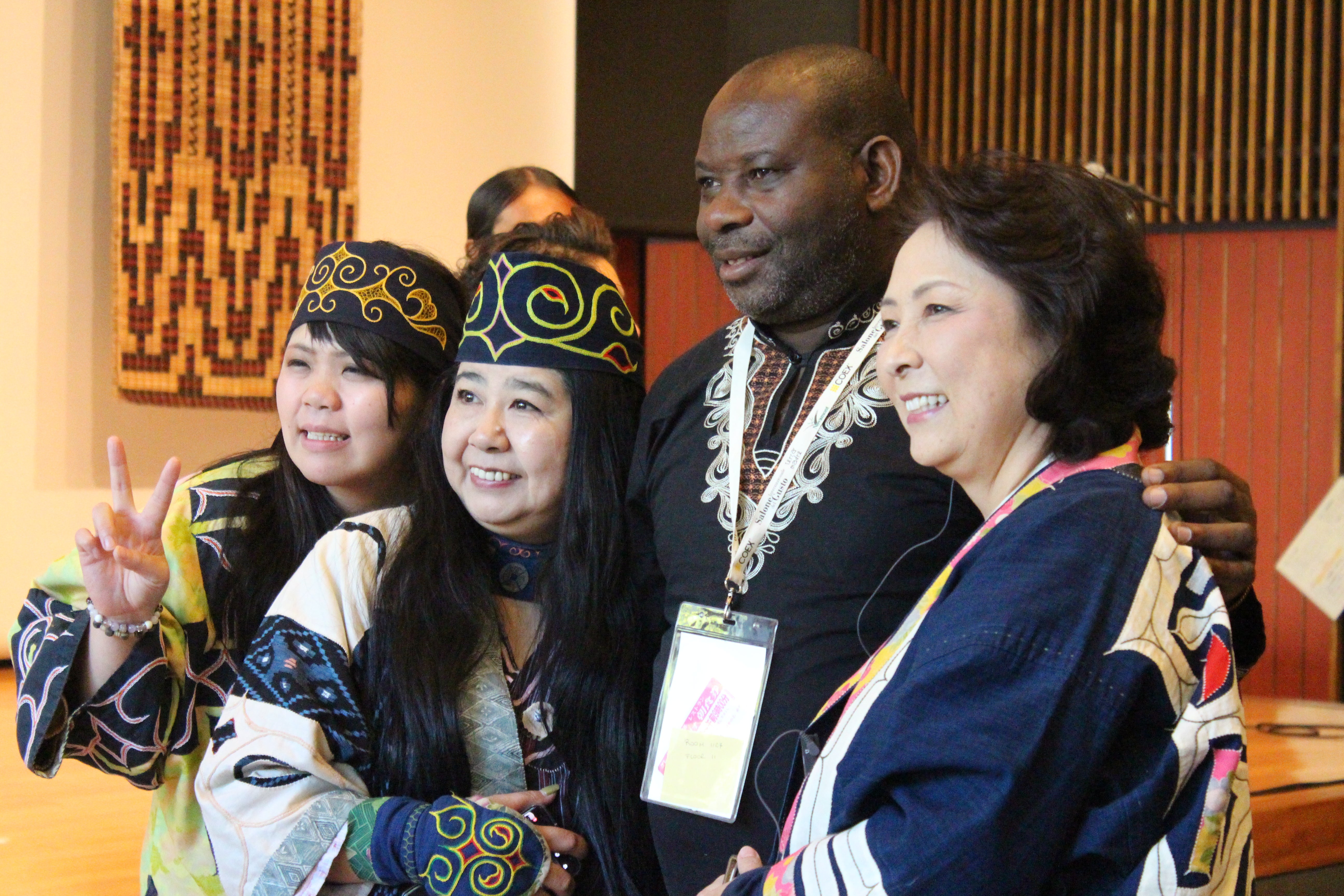 Strategically, the Ainu Indigenous Food Festival was organized to bring attention  to the plight of Ainu Peoples, to highlight their distinct identity, culture, rituals, and food traditions. The Food Festival provided Ainu and Ryukyu Peoples a platform to showcase their foods and culinary heritage.

“The celebration of food culture is a more subtle yet powerful way of fighting for rights, therefore, this event was meaningful for celebrating the distinct cultures to realize rights of Ainu Peoples,” said Remi Le. “Umami, the traditional cuisine of Japan, is much talked worldwide today and has been registered as UNESCO’s intangible heritage. Umami, the delicious food also known as food of Japan, is out food. Without us, the Ainu and Ryukyu Peoples, you would not be able to enjoy that taste when you visit Japan.” 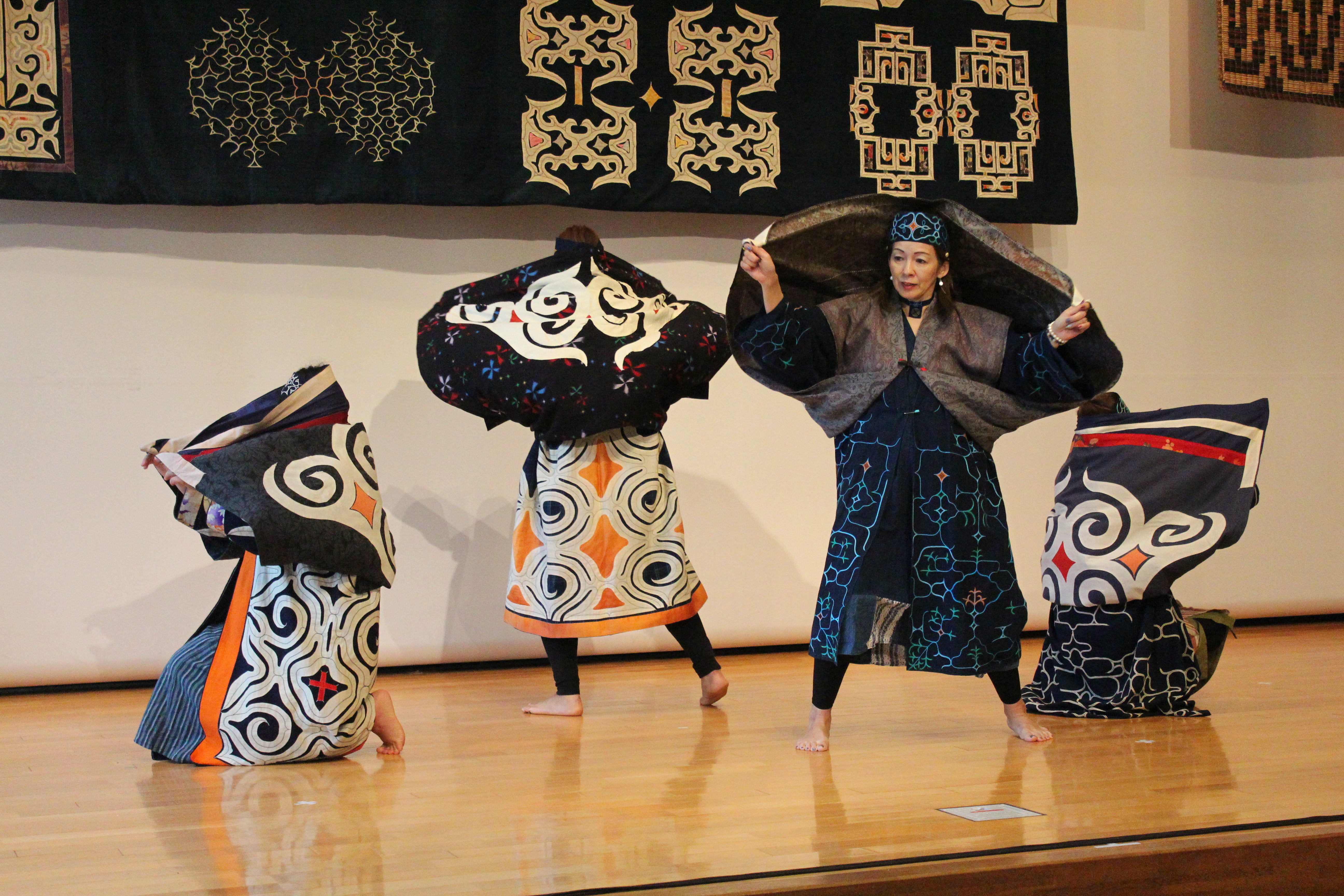 “We are so happy that Japanese government has officially recognized us as ‘Indigenous Peoples’ but our struggle is not yet over. We are still face discrimination. We are not yet free to celebrate our culture, speak our language, reveal our distinct identity,” says Kaori Tahara, an Ainu rights activist. “The Japanese government still promotes a one language, one culture policy, and has not yet accepted the multi-lingual, multi-cultural features of our country.”

Kaori Tahara, who previously taught Ainu history at Tokyo University, currently lives in Switzerland, and was also the first Indigenous fellow at the Office of the UN High Commissioner for Human Rights (OHCHR). According to Tahara, Ainu Peoples have been historically suffered from economic and social discrimination which continues to this date. The Ainu were regarded as backwards and a primitive and were forced to do petty labor, mainly during the Meiji regime, which integrated Hokkaido into present day Japanese territory, and seized and nationalized Ainu communal land. Many Ainus still conceal their identity, out of fear of discrimination.

“Ainu people physically look different from mainstream Japanese. They often have bigger eyes, and shorter noses,” said Kaori Tahara. “We have our own Ainu language. But for about 150 years, right after Japanese overtook Hokkaido, our language was forbidden and Ainu were forced to change their names to Japanese ones.” 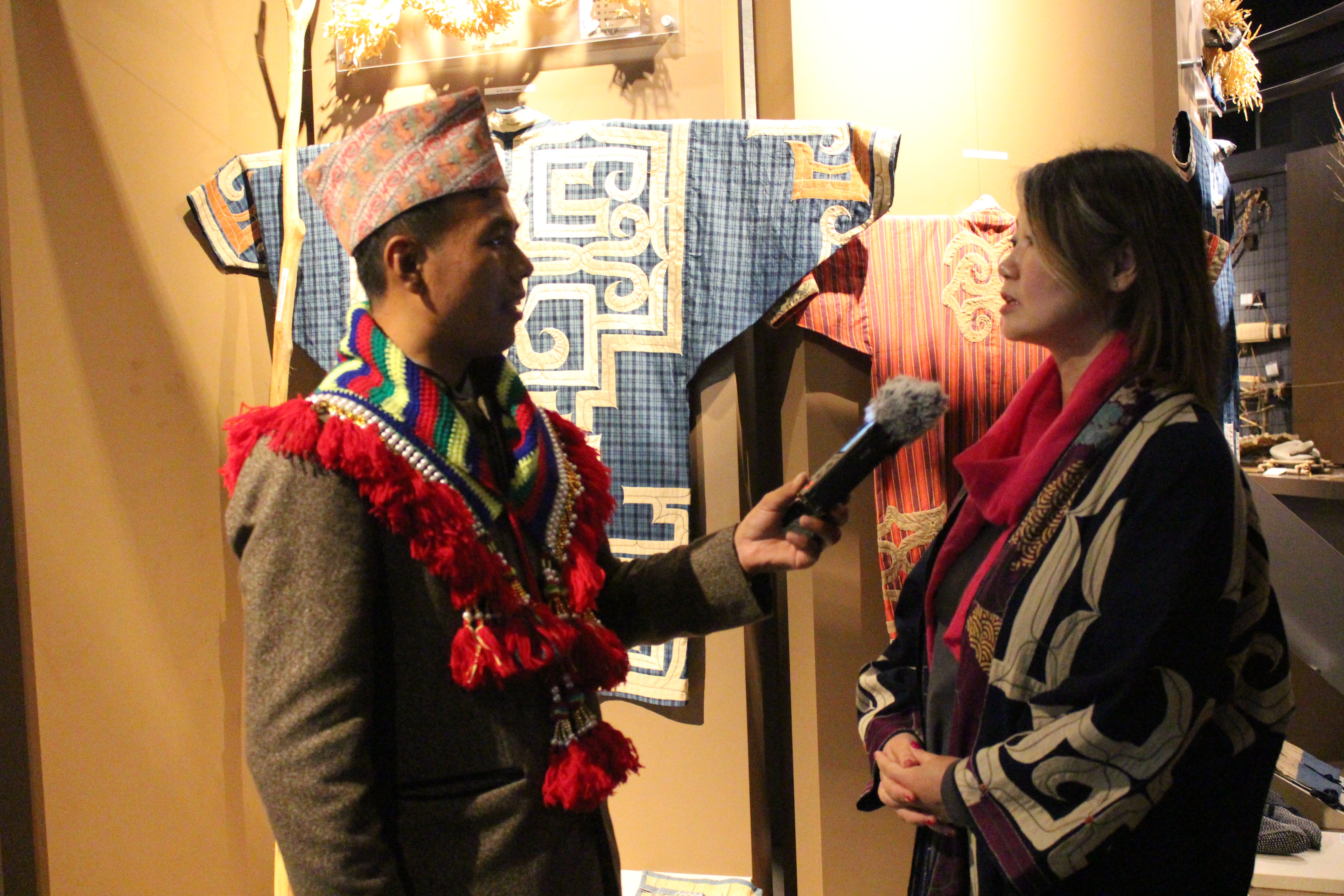 Ainu Peoples built their lifeways dependent on living in harmony with nature. As hunter-gatherers, mostly animistic, the Ainu are rich in their cultural heritage, dance and music, which was showcased in a performance by members of Menoko Mosmos, an Ainu Indigenous women association, during the opening ceremony of the Indigenous Terra Madre.

In 2008, in order to meet its international commitments, the Japanese government formed the Advisory Panel of Eminent Person on the Policies for the Ainu Peoples. The panel submitted its report recommending to the government to form a comprehensive Ainu policy department in the cabinet secretariat in 2009. And in 2014, the cabinet approved the basic policy for the development and management of spaces to promote the revitalization of Ainu culture.

Recently, Ainu food has gotten the attention of chefs, restaurants, and food companies. “The Indigenous Terra Madre event mainly aimed to bring Ryukyu and Ainu Peoples together, to share their food cultures,” said Dai Kitabayashi, a youth leader of Slow Food Ryukyu, who developed a network among local food producers and consumers by organizing a food festival in Okinawa, Japan. “The food festival to some extent helped empower Indigenous Peoples, and celebrates their rights through food.”

According to Kitabayashi, food festival create a platform where not only Ryukyu and Ainu Peoples from Japan, but Indigenous Peoples from all over Asia come together, connect, share common issues and challenges, and work together to overcome some challenges, as one. Moreover, at a time, when the Japanese government is not willing to recognize the existence of other Indigenous Peoples in Japan, the presence of government officials at this gathering of Indigenous representatives in this historic event has forced the government to rethink its policies. 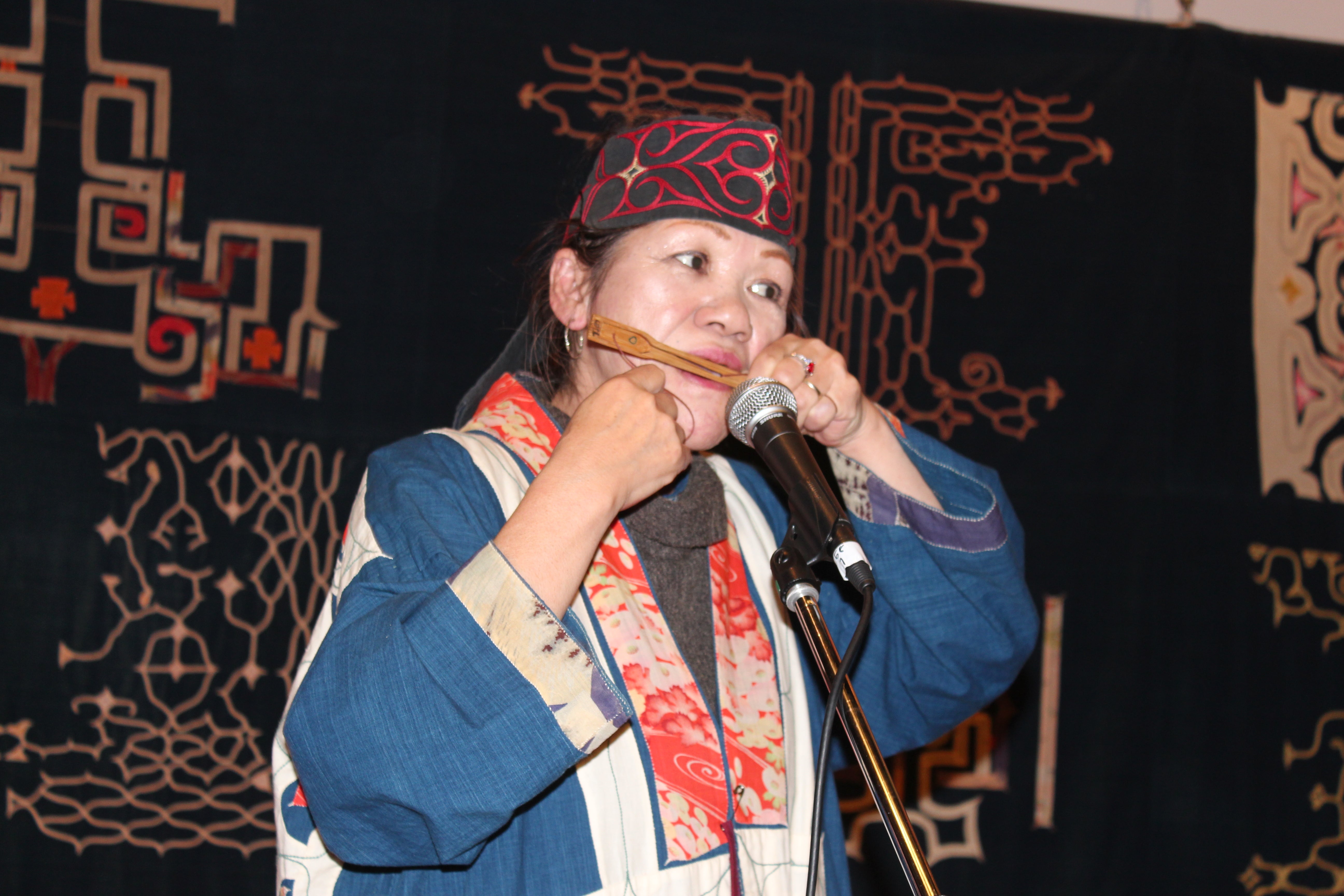 Ryoko Tahara, chairperson of the Ainu Women’s Association, Menoko Mosmos, which hosted the event stated, “For us, Ainu, here in Sapporo, hosting this event, has been an empowering experience. It has brought us immense joy, as well as a loud, clear, and colorful confirmation that we are not alone. We are here, together, united as one.”