Indigenous Languages as Contributors to the Preservation of Biodiversity

Galina Angarova (Buryat), Cultural Survival Executive Director, moderated the first panel and began by acknowledging that the erosion of language leads to the erosion of culture. For that reason, the overall well being of Indigenous Peoples and the full exercise of rights is connected to language revitalization. As Tarcila Rivera Zea (Quechua), Founder and President of Centre for Indigenous Cultures of Peru (CHIRAPAQ), and founder of the Continental Network of Indigenous Women of the Americas (ECMIA) and the International Forum of Indigenous Women (FIMI), later mentioned, “it is a human right to express yourself in your own language.” Many past generations fought for this right and for self-determination, but were told to “assimilate” by governments and the global community. The United Nations, for example, did not provide translations when discussing the UN Declaration on the Rights of Indigenous Peoples (UNDRIP). Dr. Wilton Littlechild (Cree), member of the UN Expert Mechanism on the Right of Indigenous Peoples, added that many Indigenous people have ended up in prison because they did not understand the language being spoken in the court or justice system. Inaccessibility to translation goes against Article 8 of UNDRIP, which establishes that Indigenous Peoples have the right to not be subjugated to any forced assimilation, commented Francisco Calí Tzay (Maya Kaqchikel), UN Special Rapporteur on the Rights of Indigenous Peoples. Zea similarly wondered, “How are we supposed to be able to explain our rights in a language we didn’t know?”

Current Indigenous leaders in language revitalization continue to face this problem and push against it. Panelists agreed with Angarova and Littlechild’s sentiment that language is medicine. Littlechild, a residential school survivor, spoke about how one of the most damaging effects of the residential school policy was forbidding children to speak their language.
“I didn’t know what love was when I came out of school,” Dr. Littlechild said. “Love or parenting was not something you learned. You learned punishment. Many parents didn’t speak their language because they were afraid their children would be punished.”

Dr. Littlechild now does ongoing work with the Truth and Reconciliation Commission and was part of the 1977 Indigenous delegation to the United Nations. Since working to make it mandatory that Cree be taught in schools, the Cree community went from 9 percent to 15 percent speakers in 3 years. Kate Finn (Osage), Executive Director of First Peoples Worldwide, noted that in the same way Cree is being incorporated into education, Indigenous languages must be recognized as equally important to any other language in the nation-state. She suggested that even if language is taught at schools, it should also be done in homes when possible for the longevity of preserving these languages. Tarcila Rivera Zea further recommended that there needs to be continued awareness of the International Decade of Indigenous Languages and a focus on initiatives that are already in place, such as cinema or films from an Indigenous perspective in their own language. Radio programs are also useful because oral traditions are very strong. “We don’t have to start from scratch,” Zea said. “There are already many initiatives to preserve languages, and we can include these in the global action plan.”

It is also important, said Carla Fredericks (Mandan, Hidatsa, and Arikara), Executive Director of the Christensen Fund, that “we recognize colonialism as not a thing of the past, but very much in the present. It can even infiltrate philanthropy— money can be used to fight oppression or support it. When philanthropy is used to help heal, it moves money to where the trauma is deepest. It will move it directly to Indigenous communities who know how to properly use the resources. Funding languages should be a part of these projects.” As Dr. Littlechild mentioned, residential schools were “a direct assault on Indigenous languages, families, communities, and cultures. Money was directed towards killing languages through this system. Now, money must be directed to protect and revitalize languages.” There must also be protections in place to ensure that Indigenous languages and Traditional Knowledge are not exploited by philanthropic organizations in the fight against climate disaster, Fredericks mentioned.

“Along with funding and access to resources, the global community must understand that Indigenous languages reflect cultural values,” Finn said. Tarcila Rivera Zea added, for example, that Pacha Mama in the Quechua/Runasimi language means “energy, life, health,” where reciprocity and harmony are key. “For another culture,” Zea asked, “what does Mother Earth look like? Each one of us perceives it in a different way.”

Language helps us better see those ways of understanding. The day’s second panel, Indigenous Languages and Traditional Knowledge at the Center of Biodiversity Conservation, continued to engage questions about the connection between language and Traditional Knowledge. Language captures concepts that are untranslatable. Marcus Briggs-Cloud (Maskoke), co-director of the Ekvn-Yefolecv Maskoke Ecovillage, spoke about how in the Maskoke language, for example, the word for “Earth” is an inalienable noun, meaning that it is viewed as something that cannot be possessed. This means that humans cannot be invasive towards it. To code-switch to English allows for an extractive worldview.

Jeannette Armstrong (Syilx Okanagan), Associate Professor in Indigenous Studies and Canada Research Chair in Syilx Okanagan Philosophy, described a similar experience, saying, “One of the ideas in our language is that there is a whole living system that is really complex and hard to translate into English—there is no English concept for it. It represents the many regenerations of a life force.”

“Language develops in tandem with an understanding of the environment and stewardship. After thousands of years connected to their lands, Indigenous Peoples have specific ways of taking care of the Earth around them,” Armstrong says. That knowledge is preserved in language. It can become lost when language is lost. Briggs-Cloud drew attention to the dangers of poor health when protecting Elders and cultural knowledge. Language bearers are typically over the age of 65 and are often overlooked by healthcare systems. With this language comes a deep connection with Mother Earth, and a responsibility to protect her, notes Miguel Jacanamejoy Miticanoy (Inga), a community leader at Resguardo Indígena San Miguel de la Castellana. Every word carries a story. Armstrong demonstrated that Indigenous languages contain specific data about burns, floods, clearings, and stewardship processes. They also include information about migration patterns and routes, population density, and changes over time. While much of this is— and has been— preserved in Indigenous languages, Western science is just now beginning to discover it, Armstrong notes. “We bring our own knowledge keepers together to talk about a specific species and work together in the language to find ways to inform the scientific community,” she said.

Antonio Q’Apaj Conde (Aymara), Associate Programme Management Officer in the Peoples and Biodiversity Unit at the Secretariat of the Convention on Biological Diversity, supported Armstrong’s idea, suggesting that we need to expand our knowledge through Indigenous languages, not translate from Western science into Indigenous languages. He recommended that if a third party wants to access local knowledge, there must be a protocol in place for Indigenous Peoples to present and protect that knowledge without exploitation.

Marcus Briggs-Cloud provided an example of a current language revitalization project happening in the Maskoke community. In January 2018, they reclaimed a parcel of ancestral homeland and started a language immersion program. The use of English is prohibited altogether— for every time you use an English term, you have to pay a quarter. The second rule is that you must have love in your heart. The program teaches not only the Maskoke language but also traditional ecological and agricultural knowledge, ethnobotanical restoration, and plant identification.

Cultural Survival stands with Indigenous communities working to revitalize language and protect cultural knowledge. We thank all of our panelists for their time and wisdom. 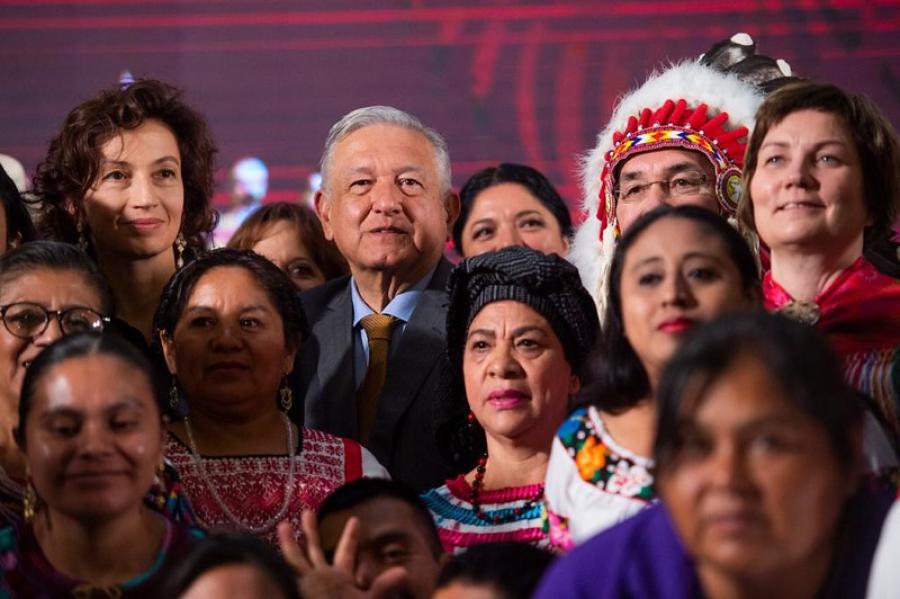 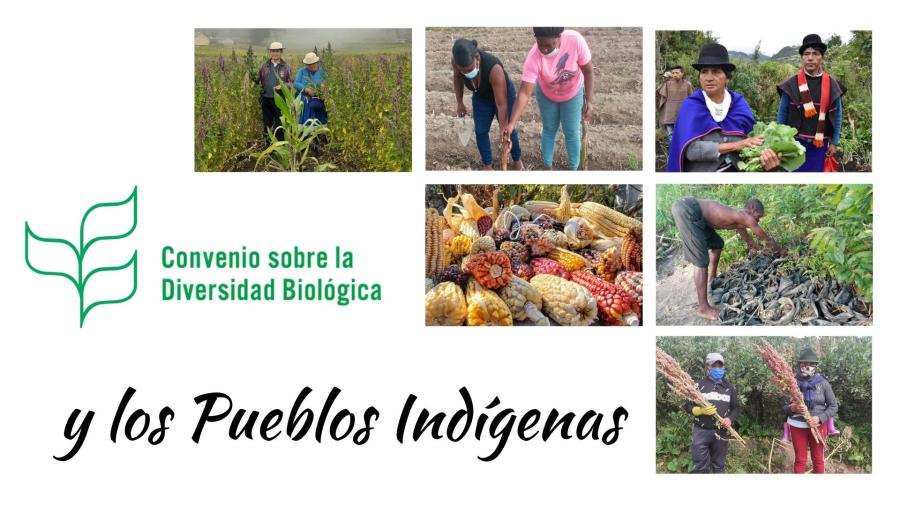 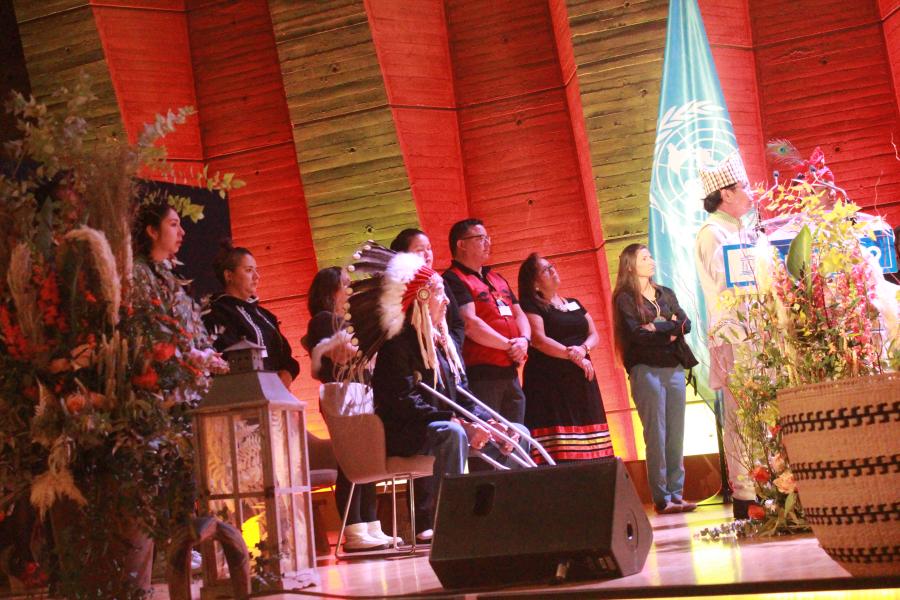 International Decade of Indigenous Languages Launches with a Call “No One Left Behind, No One Outside” by 2032