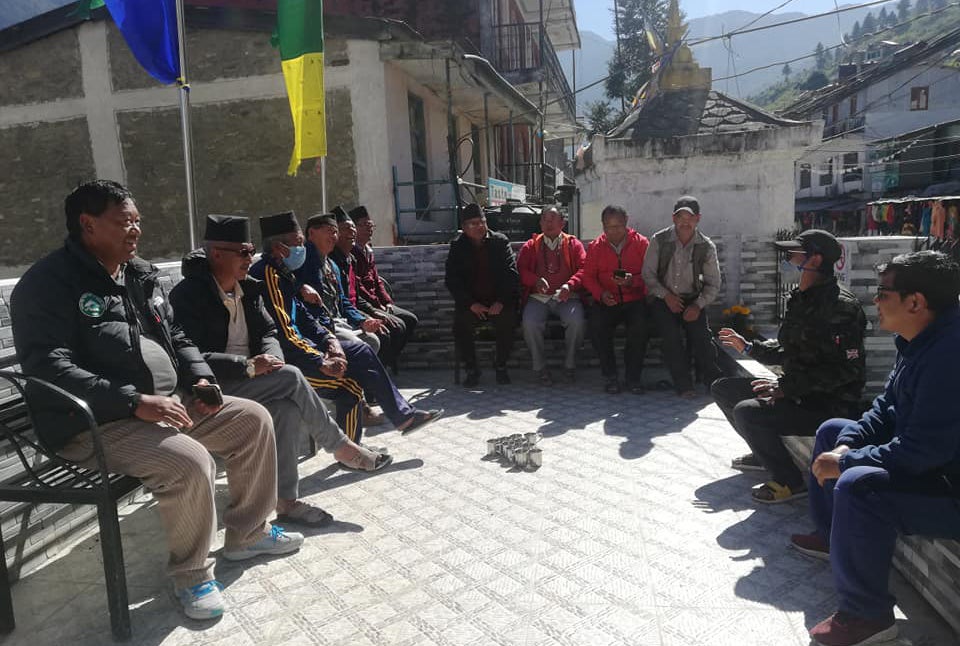 
With COVID-19 cases decreasing, everyday life has finally resumed in Nepal. Just seven years ago, Nepal was reeling from a massive earthquake that killed and injured thousands. One of the worst-hit areas after the earthquake and its aftershocks was Rasuwa, home to a community of pastoralist Tamang Indigenous Peoples.

The COVID-19 pandemic posed additional stark challenges, affecting people from all classes, castes, and gender groups. Marginalized communities were especially impacted. Studies have shown that daily wage earners and illiterate groups bore the biggest brunt of the pandemic. Indigenous Peoples who are poor, living in remote areas such as in Rasuwa, and who lack education have been hit the hardest. Their access to media and public services were severely limited, and as a result, they lacked access and resources for PCR testing and medical care.


Despite such challenges, Indigenous community radio played a crucial role in providing information to Indigenous community members with lifesaving messages about healthcare services in their languages. “The impact of the crisis on community media has been huge in Nepal,” says Dipak Lama, station manager of Radio Rasuwa. “Many media offices were closed down. Many journalists were infected with COVID-19 because of their daily contact with the public. A lot of fake news was spread, leading to a lot of confusion among the populations. Radio Rasuwa served news and information mostly in Tamang language to inform the community and counter the misinformation, especially about COVID-19.”


Cultural Survival supported Indigenous-led community radio in Asia, Africa, and Latin America as part of its response to the COVID-19 crisis. Cultural Survival’s community media fund helped sustain Radio Rasuwa for more than a year when the station’s income completely dried up because of the pandemic. Radio Rasuwa 102.1 FM is the first community radio station in Rasuwa, a remote mountainous district near the Tibetan border. Established in 2011, Radio Rasuwa serves Tamang Indigenous Peoples in their mother tongue.


Rasuwa is an ancestral homeland of Tamang Indigenous Peoples. According to the 2011 Census, today, 68 percent of the population is Tamang and speaks the Tamang language. They have deep ties to their ancestral lands; forests and nature are reflected in their beliefs, culture, traditional knowledge, and sustainable ways of life. For most Tamangs, mountains, forests, and rivers are sacred places where powerful spirits reside. They believe that human activities disturb the spirits.


Tamang settlements are usually made up of extended families. They are a close-knit community and practice a communal way of life, taking part in regular gatherings, rituals, ceremonies, and festivals. Although the role of Tamangs’ customary institutions are declining, traditional leaders like Bonpo, Labtaba, and Lama still perform their social and cultural roles.


Lately, Rasuwa has become a hydrohub, as there are as many as 13 hydroelectric projects, including the World Bank funded Upper Trishuli-1, under construction. “These projects have displaced a number of Tamang Indigenous Peoples from their ancestral land. They have restricted access to their ancestral territories and resources. Moreover, they have impacted their cultural cohesion,” says Lama. “Radio Rasuwa therefore prioritizes the impacts of development-based displacement in its programs and news.”


Radio Rasuwa produced a series of programs based on interviews with experts and local government authorities to raise awareness about Indigenous Peoples’ right to development as laid out in the UN Declaration on the Rights of Indigenous Peoples and ILO Convention 169, to which Nepal is a party.

Radio Rasuwa has strived to make an impact in the lives of the peoples of Rasuwa through various types of programing, especially in the wake of the 2015 earthquake and during COVID-19. As the health crisis unfolded, radio responded to the thirst for information and provided key information on government restrictions, health measures, and case numbers, including information to raise public awareness and motivate locals to fight the virus by educating them about how to avoid becoming infected.


Communicating about COVID-19 was tricky because for most people, English language terminology like ‘lockdown,’ ‘quarantine,’ and ‘self-isolation’ were totally foreign. These words were rarely being translated into Nepali or Indigenous languages, and as a result, many people did not know how to prepare. In Rasuwa district, most Tamang speaking communities were deprived of not just health related information, but also healthcare.

Radio Rasuwa was able to spread valuable information on important measures such as hand washing and use of masks. Cultural Survival’s media grant support enabled Radio Rasuwa to organize journalism training for local, grassroots journalists to produce and broadcast reliable news and programs to keep the community informed on the health issues.

“The support from Cultural Survival was helpful in building the capacity of grassroots journalists,” adds Lama, “Like in the health sector, FM radio desperately needed the support.”


This article was produced based on a conversation with Dipak Lama, Station Manager at Radio Rasuwa.