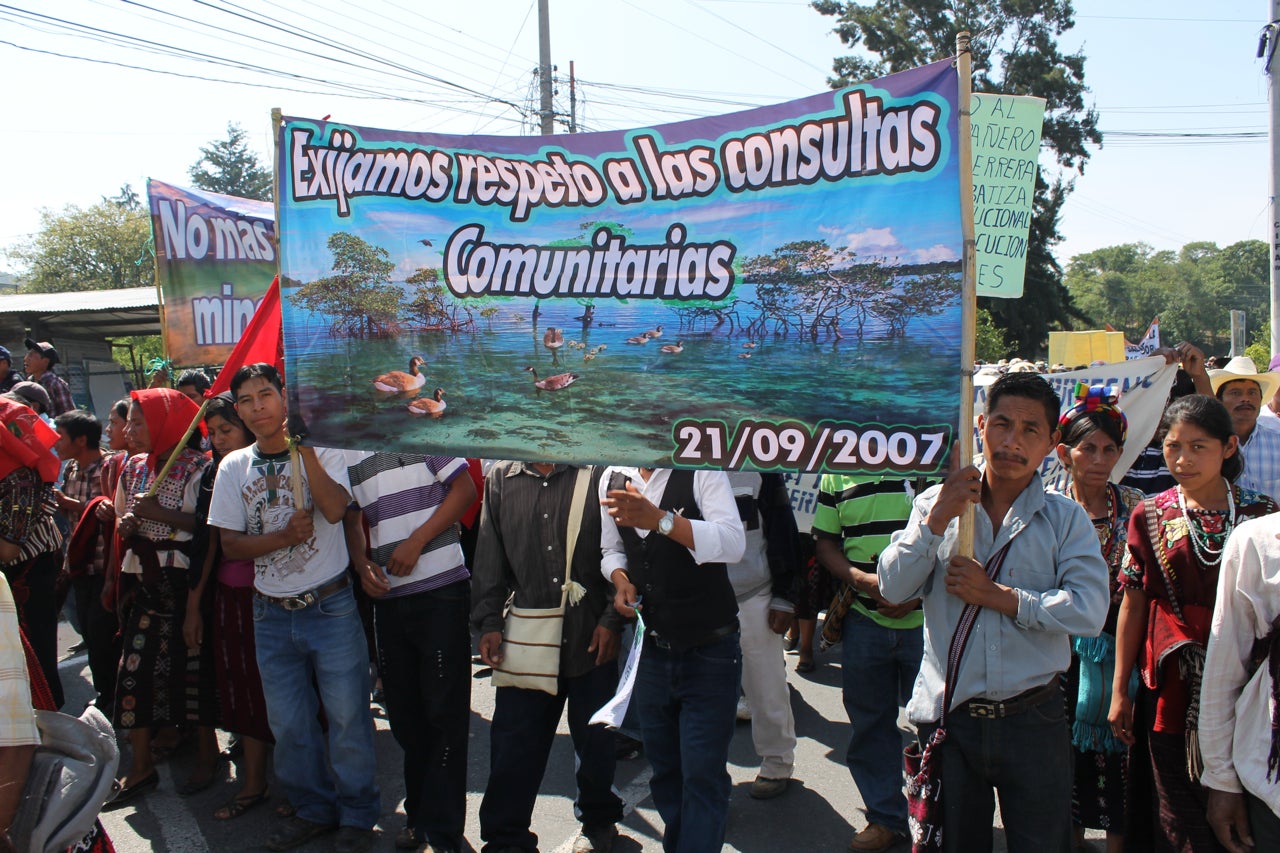 In a groundbreaking decision, the Constitutional Court of Guatemala ruled last week that community consultations against mining projects should be considered as binding legal decisions. The government is now obligated to respect the results of consultas populares or community referendums regarding mining projects.

The decision related to the case of the Municipality of Mataquescuintla, who held a consultation on a mining project in the area in November 2012. An appeal by the Chamber of Industry and the Extractive Mining Trade Association attempted to prove that the town’s 96% disapproval of a mining project was “unconstitutional” because the local government had no right to seek their consent. The Constitutional Court’s decision has set a precedent. In the resolution, the court declared, “The right of communities to be consulted is undeniable,” and that in fact town governments do have the right to seek the opinion of the community on whether or not they are in favor of mining exploration and exploitation on their lands.

Mataquescuintla is a small rural town in the East of Guatemala, department of Jalapa. On November 11th, 2012, the population of 10,375 inhabitant voted at 96% to reject plans for mining exploration and exploitation by four private companies. The town’s mayor, Hugo Loy Solares, said that the vote was convened by town councilors after a group of 3,000 community members petitioned for a referendum on mining for the community.

Yuri Melini, director of the Calas, the Center for Legal, Environmental and Social Action in Guatemala, has urged the government to comply with and implement the decision. Melini insists that the government must act to implement the courts decision immediately, which would mean the cancelation of licenses for mining in communities where the populations have voted against those projects through referendums. She added, “this is an important step forward for the rights of the dozens of communities in the country who have opposed the presence of extractive industries in their communities.”

Learn more about the right to Free, Prior, Informed Consent through our portal, www.cs.org/consent.