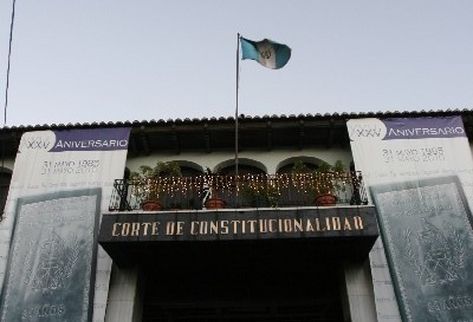 On September 28, Cultural Survival and Sobrevivencia Cultural, (our sister organization in Guatemala), submitted a petition to the Inter-American Commission on Human Rights (IACHR), to appeal the decision of Guatemala's Constitutional Court which violates Indigenous Peoples' rights through the country's telecommunications law that excludes Indigenous Peoples from operating community radio stations.

In October 2011, Cultural Survival’s sister organization in Guatemala, Sobrevivencia Cultural submitted an action of unconstitutionality to the Constitutional Court, declaring economic and ethnic discrimination in the state’s mechanism for distribution of radio frequencies.  The action argued that by auctioning off frequency licensees to the highest bidder, Indigenous communities, who historically and currently are among the most economically disadvantaged in the country, lack fair access to state-owned media.

In March the Constitutional Court of Guatemala ruled against our action, upholding the telecommunications law as is.  However, the court did recommend the congress legislate in favor of Indigenous People’s access to radio.  The congress has not responded to the court’s recommendation.  The Constitutional Court is the highest court Guatemala offers.  The Inter-American Commission is therefore our next recourse of action. "It is regrettable that the Guatemala Congress has not been able to find a way to grant licenses to Indigenous community radio stations; all that is required is to amend the current telecommunications law with eight additional words. The right of Indigenous communities to their own media is firmly established in numerous agreement endorsed by Guatemala, but the current licensing law is lacking. Every day communities in Guatemala choose to exercise their rights at great personal risk. Our hope is that the petition will convince the government of Guatemala to finally honor their obligations," says Mark Camp, Cultural Survival's Deputy Executive Director.

“The state of Guatemala would advance a great deal if it would promote reforms to the current Telecommunications Law that would recognize community radio as a fundamental tool for the development of Indigenous Peoples, their culture, and the protection of Mayan languages,”  declared Anselmo Xunic, manager of Sobrevivencia Cultural in Guatemala.

Xunic explained that the State assumed the responsibility at the signing of the Accord of Identity and Cultural Rights in 1995, which established among other things, that media monopolies should be eliminated through reforms to the Telecommunications law, and the adoption of a more egalitarian process for the delegation of radio frequencies.  Later, the Peace Accords were signed in 1996, which called for the promotion of local radio stations that would allow for grassroots development if Indigenous communities. When the state eliminated monopolies in radio and television, the people would be given spaces for the promotion of their rights.

Cultural Survival also calls on the members states of the United Nations to demand that Guatemala fulfills its obligations to its Indigenous Peoples while the country is under Universal Periodic Review (UPR) at the UN headquarters in Geneva this year on October 24th.  The review is a mechanism for evaluating states and their effective application of human rights.   The same recommendation was submitted by the country of Norway in the last UPR of Guatemala in 2008.  Recommendations on the modification of this law have been submitted by two Special Rapporteurs on Freedom of Expression, to the Organization of American States and the UN during the last decade.

The immediate adoption of these recommendations would help to improve the situation of freedom of expression and access to information, commented the Latin American and Caribbean Network for Exchange and the Defense of Freedom of Expression, (IFEX-ALC).   A delegation of this organization, consisting in member organizations from Peru, Guatemala, and Argentina, will meet in Geneva this year to promote recommendations on the situation of freedom of expression in those three countries, reported CERIGUA.