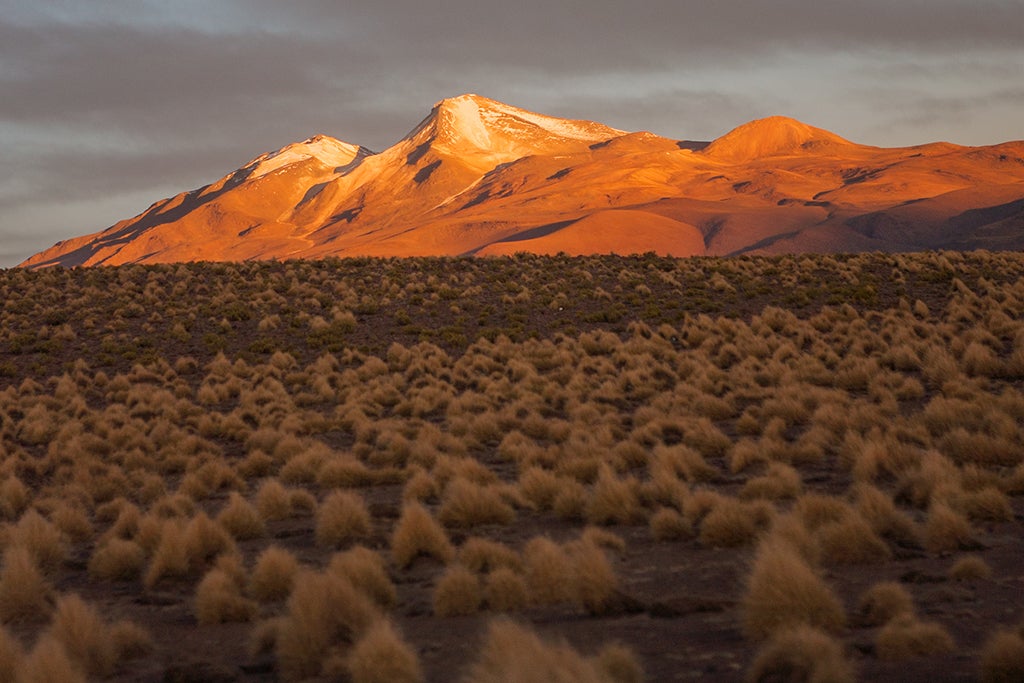 When Bolivia passed the Law for the Defense of Mother Earth in December 2010, those behind the law, Indigenous leaders, conservationists, and the president were looking to the future. The law would be presented in the World People’s Conference on Climate Change and the Rights of Mother Earth in April in Cochabamba, Bolivia and would go on to become the Universal Declaration for the Rights of Mother Earth, which was taken to the United Nations Framework Convention on Climate Change (UNFCCC) meetings in 2011.

The World People’s Conference on Climate Change and the Rights of Mother Earth in Cochabamba took place in the wake of of the summit in Copenhagen, where Bolivian President Evo Morales was one of many to refuse to sign the Copenhagen climate change deal. Instead, he proposed a meeting in his own country of Bolivia, seeking to give a voice to the people and countries he felt were not represented in Copenhagen.

The law giving rights to the Earth was ground-breaking; it was an example given to the rest of world that climate change could be thought and approached in a very different way.

It also paved the way for continuing legislation. The Framework Law on Mother Earth and Integral Development to Live Well was passed on October 15, 2012. The law draws from the country’s and Morales’ dedication to environmental preservation, balancing human life and sustainable living, and putting an emphasis on Indigenous voices.

With both of these laws in place, both being the strongest of their kind, it seems hard to believe that Bolivia might be working against their own legal commitments.

While there is evidence that Bolivia has made strides in working to combat climate change, by establishing risk management laws and funds for these provisions in 2014, there are also more disturbing reports that Bolivia is considering fracking.

According to Amos Batto, in an interview with the Guardian in 2015, if Bolivia’s natural gas deposits run out while they are still committed to supplying Argentina and Brazil in the future, fracking may be a very real option.

The concern is that Bolivia is even considering fracking, an act that is fundamentally not in accordance with the Mother Earth Laws.

Since its conception and passing, people around the world have both lauded the law as an example for the rest of the world in combating climate change. Others doubted if true implementation could be achieved, especially with Bolivia’s reliance on the exportation of natural resources, which makes up a large part of their GDP.

As defined by the London School of Economics and Political Science and the Grantham Research Institute on Climate Change and the Environment, the law is both a great addition to the fight against climate change, but also points out that implementation may be hard to see: “The law incorporates environmental justice and climate justice into the country’s environmental legal framework, creating new authoritative bodies to implement forestry, adaptation and mitigation plans; however, it lacks any hard targets by which to measure implementation of the law.”

But while the law continues to exist, the implementation of it does seem to fall short.

“[President] Evo [Morales] has adopted the Mother Earth discourse and goes all over the world and says these things and that’s why people love him,” says Batto. “But if you look at what has actually been done since 2010. . . This is the industrial growth most of the rest of the world is saying no to. This is what a lot of people looking at Bolivia don’t understand,” says Batto, via the Guardian.

According to Carwil Bjork-James, a blogger and assistant professor at Vanderbilt University, the draft law approved by the Senate declared to “‘Promote the industrialization of the components of Mother Earth,’ while surrounding this objective with extensive promises about respecting the rights and development of Indigenous nations and peoples, safety monitoring, clean technologies, and so on.”

Indigenous communities have spoken against the Law on Mother Earth and Integral Development to Live Well. In a letter from CONAMAQ, the National Council of Ayllus and Markas of Qollasuyu (a confederation of Indigenous governing bodies) to Rebecca Delgado, the President of the Chamber of Deputies, the draft’s provisions seem to have serious gaps:

“The draft only keeps “Living Well as an alternative civilizational horizon to capitalism” and “Equilibrium with Mother Earth” by way of proclamation (i.e., propaganda). The Draft Law does not propose a change in the structural basis of the capitalist system, nor reconfiguration of the nation-state.”

A Rare Type of Legislation

Before Bolivia, there had only been a few examples of this type of approach, and they definitely didn’t receive as much press as Bolivia gained with help from their national conference in 2011 and the passing of continuing legislation in 2012.

In 2008, Ecuador recognized the legal rights of its mountains, trees, rivers, etc. The country gave rights to these “living things,” similar to the way rights and interests have been given to corporations.

But as groundbreaking as it seems in theory, even this law seemed to incite doubt, and appears to need more provision in order to be completely implemented. Mary Elizabeth Whittlemore in her report in the Pacific Rim Law & Policy Journal states, “…successful execution of the amendments is unlikely. Ecuador’s President has not demonstrated a sincere intention or ability to implement the amendments. Further, plaintiffs who sue under the amendments face significant legal barriers, such as Ecuador’s lack of a standing doctrine and a history of judicial corruption and dysfunction.”

A Hopeful Example in New Zealand

Another law, agreed upon in 2012, took place in New Zealand. The Whanganui River was given rights and interests of a legal person. The difference between this law and the laws of Ecuador and Bolivia, it seems, are the caretakers, and how the river is to be seen.

Cultural Survival found that “the Whanganui River is defined and governed by the Maori view of the river. Whanganui Iwi, the Indigenous people that possess rangatiratanga, or Maori sovereignty, over the Whanganui River… the river itself will be considered a living, integrated whole, or Te Awa Tupua.”

Additionally, an Indigenous representative and a representative from the crown share guardianship, the idea that the river is more than just a resource has a better chance of surviving over time. This law has not faced the test of time just yet, but it has a strong foundation built by both the state and the Indigenous community.

It is no surprise that the local Indigenous communities possess both the experience and the ability to protect the natural environment, much of which has long been interwoven with tradition and a way of life. Consulting and including Indigenous communities will help with climate change, but it they can also be the communities that are affected the most by changing climates and land change. Strong partnerships between Indigenous communities and different states will only help protect the environment further, and as seen with the examples of Ecuador and Bolivia, it may be a way in which laws that provide rights for the Earth may finally succeed.