Cultural Survival Stands in Solidarity with Indigenous Peoples of Brazil 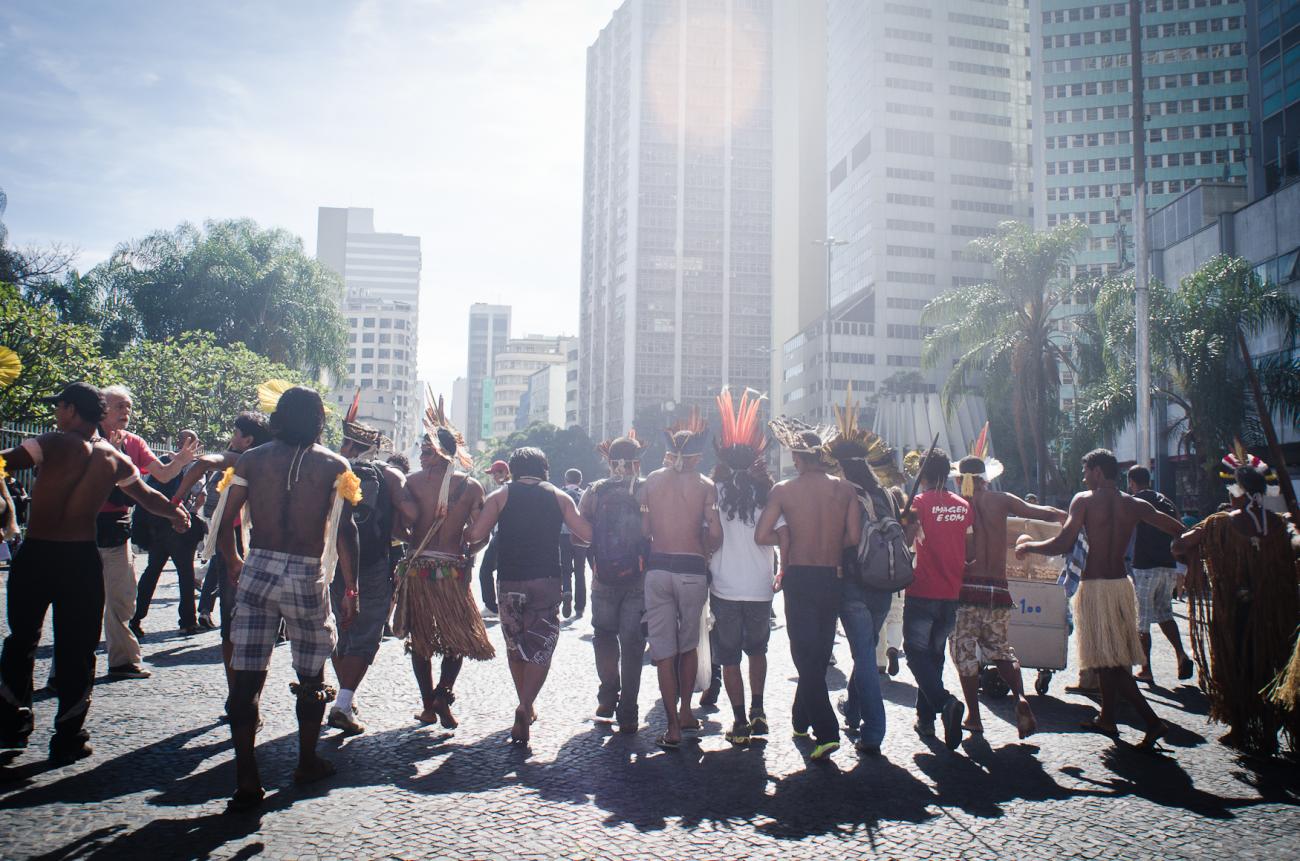 Cultural Survival Stands in Solidarity with Indigenous Peoples of Brazil

In the wake of Jair Bolsonaro’s recent election to the office of President of Brazil, Cultural Survival stands in solidarity with the country's Indigenous Peoples for whom Bolsonaro’s election has serious and life-threatening implications. During his divisive and polarizing campaign, Bolsonaro said “not one centimeter of land will be demarcated for Indigenous reserves or quilombolas [Afro-Brazilian communities],” and that Indigenous lands would be opened to economic exploitation, including agribusiness and mining.

He has stated, “Our Amazon is like a child with chickenpox, every dot you see is an Indigenous reservation … and the Brazilian people applaud [demarcation of Indigenous land]. Look at these people, no political strategy!”

Environmental protections are also at risk. Bolsonaro made promises to ease “excessive” oversight by the country’s environmental watchdog and combine the Ministry of the Environment and the Ministry of Agriculture and Livestock. Especially at risk are environmental defenders themselves. Already experiencing extreme violence from police, military, and private security of ranchers, those defending Indigenous land and the Amazon face increased militarism and violence. In his own words, Bolsonaro bragged, “I’ll give carte blanche for the police to kill.”

Brazil is bound to international law agreements like the International Labour Organization Convention 169 on Indigenous and Tribal Peoples, which it ratified in July 2002; the Convention on the Elimination of All Forms of Racial Discrimination, which it ratified in 1968; and voted for the adoption of the UN Declaration on the Rights of Indigenous Peoples in 2007. Let us all work towards protecting these rights and using these international standards to promote democracy, justice, and peace for Indigenous Peoples of Brazil, as well as for the multitude of others who are threatened by the Bolsonaro regime; including the LGBTQI+, community, Afro-Brazilians, feminists, farmers, immigrants, environmental defenders, and rural communities.

Cultural Survival joins in solidarity with the courageous communities who are actively resisting these oppressions. We deplore the actions that undermine peace and the fulfilment of human rights and condemn racism and a call to violence. As Indigenous Peoples around the world fight to claim their rights and dignity, we call upon global solidarity to support their struggles.