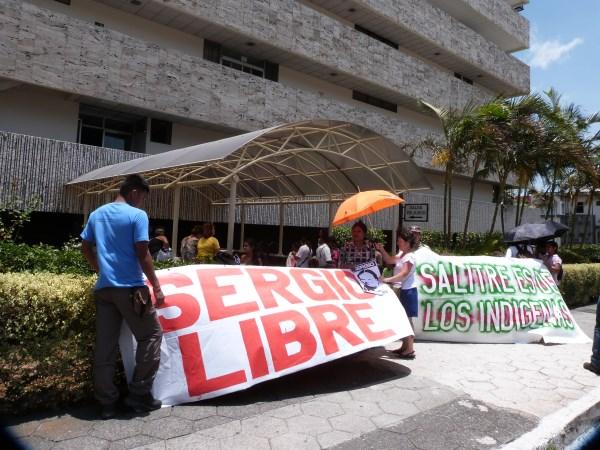 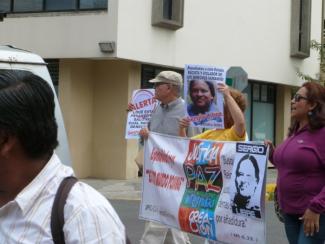 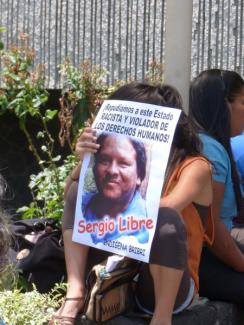 In July of 2012, Sergio Rojas, a leader Costa Rica's Bribri Indigenous community, led Bribri and Teribe Indigenous in an effort to reclaim land within the Salitre Indigenous reserve in the Talamanca Mountains in southwestern Costa Rica.

Though the 11,700 hectares of land had been guaranteed to the Indigenous by the 1977 Indigenous Law, the failure of the government to compensate landowners or control the illegal sale of the land to "white" outsiders resulted in the displacement of the Indigenous community.

According to Rojas, Salitre's Indigenous lived in numerous families per house in the reserve or in the slums of the regional hub of Buenos Aires about 20 kilometers down the mountain from Salitre.

"There's no reason for our people to live like that when we have an ancestral home which is ours not only by tradition but under the Indigenous Law, so we organized an effort to take it back," said Rojas.

Amilcar Castañeda, an anthropologist from the National Distance University, said that much of the land is claimed by non-Indigenous absentee "owners" from Buenos Aires who pay caretakers to watch the land.

The response from the non-Indigenous "owners" of the land was Immediate. Since July, 2012, the Bribri and Teribe have been subjected to periodic violent attacks by white "landowners," who wielding machetes and clubs, have tried to eject the Indigenous, burning down their hovels and injuring Indigenous leaders.

The Indigenous complain that the public security officials have stood by and done nothing about the attacks and, on at least one occasion, the police actually participated in the forced removal of Indigenous from their land.

In August of 2012, Rojas the Buenos Aires Municipal Council declared Rojas persona-non-grata. Then on Sept. 17, 2014, Rojas was the object of an apparent assassination attempt in which his car was shot six times.

In April of this year, the Inter-American Commission of Human Rights, at the petition of the non-governmental Forest People Programme, ordered the Costa Rican government to take "cautionary measures" to protect the lives and property of the Indigenous.

In issuing its ruling, which noted that the Indigenous have held title to the land since 1956, the IAHRC said that the gravity of the situation exists in view of "a series of continuous cycles of threats. harassment and acts of violence against members of the Teribe and Bribri communities of Salitre," and that the Indigenous "find themselves in a grave and urgent situation since their lives and personal integrity are threatened and are at risk."

According to the IACHR ruling, in the Salitre area around 60 percent of the Bribri land have been taken over by outsiders rising to between 80 to 88 percent of land belonging to the Teribe.

Late September a group Bribri and Teribe leaders complained that the government failed to consult them before putting into place the "cautionary measures," which included the tripling of the public security presence to 60 policeman.

Government spokesman Mauricio Herrera said the Indigenous community is divided into many different factions complicating a negotiated solution and that the government did consult one of the factions, but that one of the factions is stubbornly demanding a quick solution of removing the "whites" from the land.

"It is hard to come to a solution, when one of the sides is intransigent," said Herrera.

The Bribri faction that complained about not being consulted has refused to negotiate anything besides their own proposed solution: the removal of all non-Indigenous inhabitants from the land to which they hold an ancient claim.

But the situation is more complex than merely a Indigenous vs. non-Indigenous conflict, said Herrera.

But Rojas said the Bribri welcome the mixed families into the community and that the government proposal is nothing more than a dilatory move.

"What we want is for them to apply the legislation that protects our rights," he said.

The problem, says Minor Mora, a member of the municipal council of Buenos Aires, lies in the fact that the government failed to compensate landowners in 1977 and since then the population has grown to about 3,200 "whites."

"Removing so many people from the land would create a new set of social and humanitarian problems,"  said Mora.

Mora also said certain interests he did not name were concerned about cashing in on the government program which compensates landowners for not cutting down forest as part of Costa Rica's carbon-neutral effort.

Rojas, the president of the Salitre Development Integral Association which manages the funds, was jailed for seven months in "cautionary detention,"  beginning in November of 2014 while the investigation into the malfeasance of 554 million colones ($1.1 million) going to the carbon-neutral fund.

Castañeda said the detention was politically motivated because of Rojas' role in the Salitre land dispute.

"He was a political prisoner," said Castañeda. "It's a case where there was disorder in the management of the Association's funds. It's something that's very common everywhere in the country and no one else has ever been accused of anything."

“In two years and eight months since the process began in which the 11 directors of the Integral Development Association have been investigated, they haven't been able to demonstrate that the supposed charges they are accused of occurred nor any connection with them," Rojas' attorney Ruben Chacon told the press.

Costa Rica's Indigenous peoples, estimated at around 60,000, remain the poorest and most marginalized sector of Costa Rican society.

Living in remote areas of the country, often far from vital services, the Indigenous communities consistently rank at the bottom of the country's human development indices.  Indigenous groups like the Teribe has seen their culture decimated and have little left of their language.

The Bribri and the closely related Cabecar groups have been able to retain more of their culture and language, thanks in large part to the remoteness of their villages in the rugged, virtually inaccessible zones of the Talamanca Mountains which traverse Costa Rica's border with Panama in the south.

--John McPhaul is a Costa Rican-American freelance writer based in San Juan, Puerto Rico. During his many years in Costa Rica, the land of his birth, he wrote for the Miami Herald, Time Magazine and Costa Rica's The Tico Times among other publications.