The ancestral lands of the Mayan Ch’orti’ Peoples cover a vast amount of territory in eastern Guatemala, principally in the municipalities of Camotán, Jocotán, San Juan Ermita, Olopa, Quezaltepeque, in Chiquimula y La Unión, in the department of Zacapa, and extend to the neighboring countries of El Salvador and Honduras. According to national statistics, the majority of the Ch’orti’ people, numbering around 56,000, live in Guatemala. The Ch’orti’ are descendants of Copa Kalel, of the Kingdom of Payaquí and Copan, in Guatemala and Honduras.

Like most Mayan communities, the Ch’orti’ have suffered from theft of their lands, political repression, cultural loss, and recently, have been victims of media disinformation, arrest, and murder of their leaders who have dedicated their lives to defending their lands. The Ch’orti’ cannot grow their own food and products for local markets without access to land. They also cannot prioritize crop types according to climate change.

Faced with the reality that the lands of their ancestors are and continue to be in the hands of wealthy farmers, the Ch’orti’ people are used as a cheap source of labor, and the government of Guatemala is continuing to taking away their titles to communal lands. The Ch’orti’ community is starting to fight for their land and recognition of their cultural ancestry.

Coordinadora de Comunidades y Asociaciones por el Desarrollo Integral del Pueblo Ch’orti’ (COMUNDICH) began in 2004 with a mission to revitalize their identity, empower legitimate Indigenous Ch’orti’ authorities through councils and communal juntas, and promote spirituality, and reclaim territory. In 2007, COMUNDICH started a community process for the recovery of Ch’orti’ communal lands. This resulted in a three year-long battle with little resources to obtain communal title documentation from the General Archives of Central America, Register General of the Property, and the Catholic Church. The investigation enabled the community to learn about their history. They learned how past generations of Ch’orti’ fought for their lands while the Spanish colony became the Guatemalan State.

The Ch’orti’ people also learned that ancestral titles issued in favor of the Ch’orti’ communities were registered in historical archives dating back to 1672. The communities then returned to the struggle for their lands, under the same system that recognized their private lands for their benefit in the colonial era. These communal titles are only some of the many that have now been identified that will be used as a basis for returning lands to Mayan people.

The fight is now expanding beyond the borders of Guatemala to Honduras and El Salvador, where there is litigation for 100 caballerias (11,120 acres) of land for the Guayabo community. A title for the return of 600 caballerias (66,720 Acres) of land has been secured in Común de Naturales in the municipality of la Unión, which has 10 Ch’orti’ communities. Camotán is not far behind with the reclamation of 125 caballerias (13,900 Acres) of land. The process of reclaiming land is critical to Indigenous communities of Guatemala and needs national attention.

The communities of Morola, Tachoche, and Tizamarté have already recovered their lands thanks to the efforts of the Ch'orti 'people before the Constitutional Court, where two resolutions were issued that cancelled 19 illegal farms.

COMUNDICH has developed  a strategy to recover lands and they are slowly achieving their goals, despite persecution and even death. On June 6, 2013, three leaders of Corozal Arriva were assassinated on the day they were supposed to finalize a land restitution agreement. The justice system did not prosecute the murders of the leaders, but unjustly charged the community for the death of one of the murders.

According to COMUNDICH's leaders, six people are currently imprisoned for defending their territories, among them Indigenous Mayor José Méndes and land counselor of the Corozal Arriba community, Melvin Álvarez. They will be imprisoned for 10 months after being accused by the owner of an illegal farm. A representative of COMUNDICH commented, “The men of the community cannot leave because they are imprisoned. The whole community is impacted and involved in this process.” Despite this persecution and the legal battles for the recovery of lands, the Ch'orti 'people continue to manage their forests, waters, and crops communally. 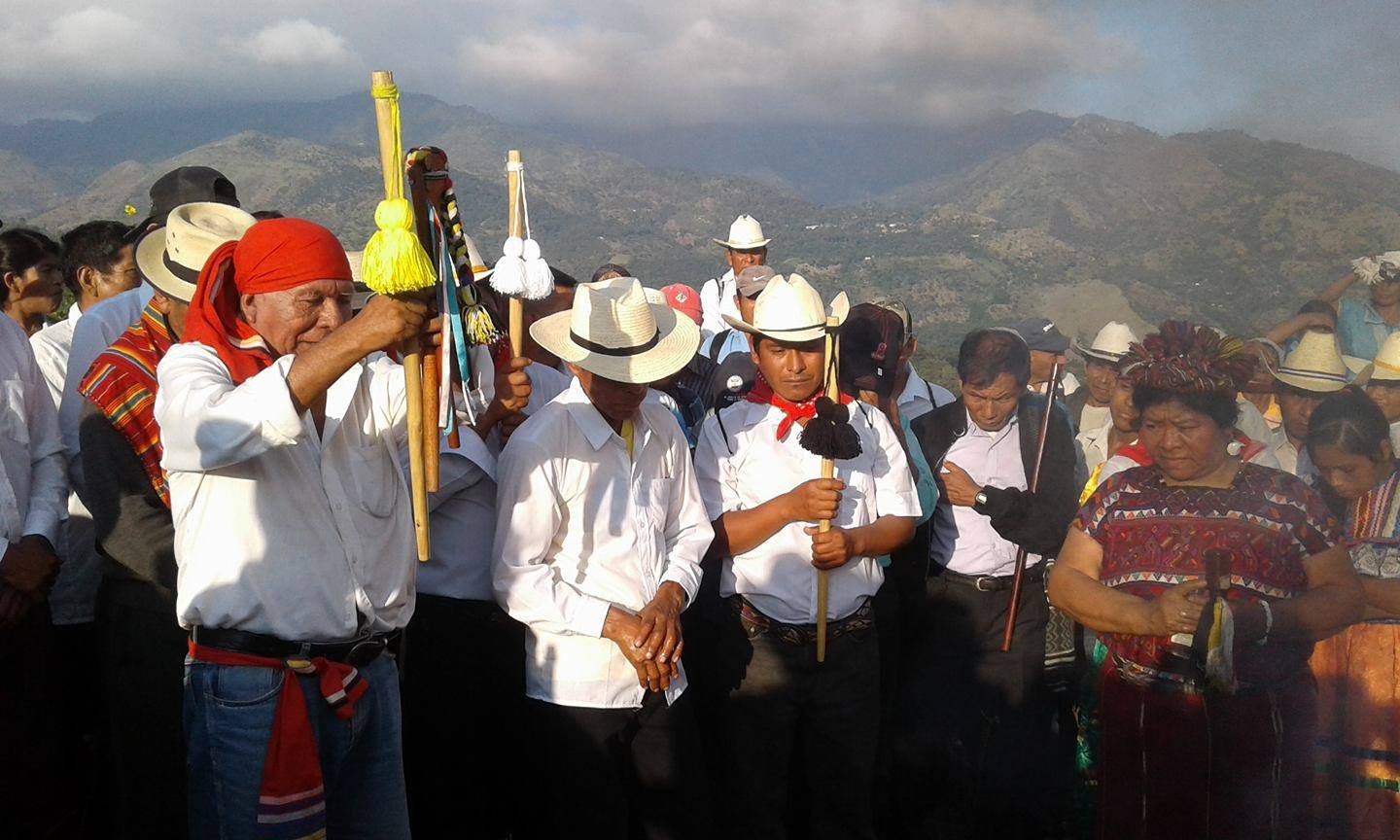 Elodia Castillo Vasquez, a legal representative of COMUDINCH, won the Alicia Zachman Emerging Leader Award at the end of 2017 in recognition of her contributions to human rights. On February 23, the Ch'orti’ people celebrate the Mayan New Year and with this calendar change they will publicly give the titles of communal land to the inhabitants of the Guayabo community in Camotán. "We continue fighting for justice, lands, and freedom. This land is ours," said Castillo.