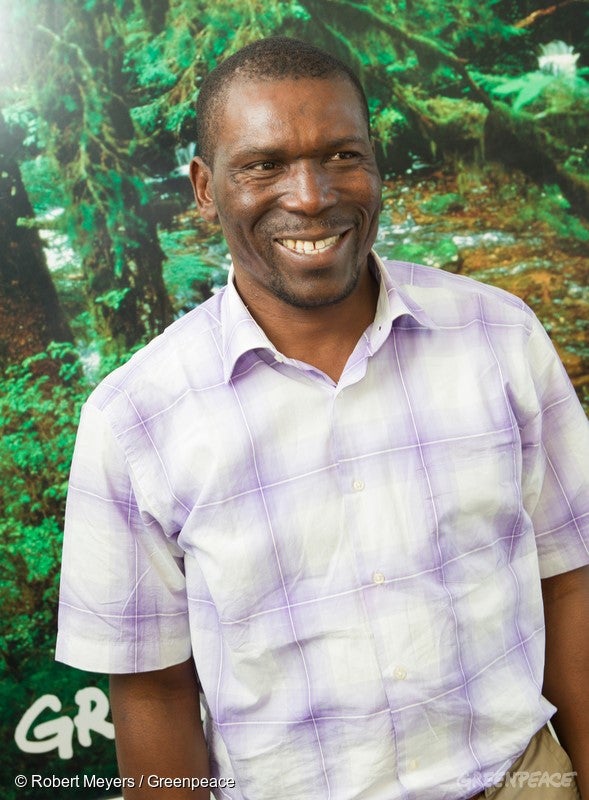 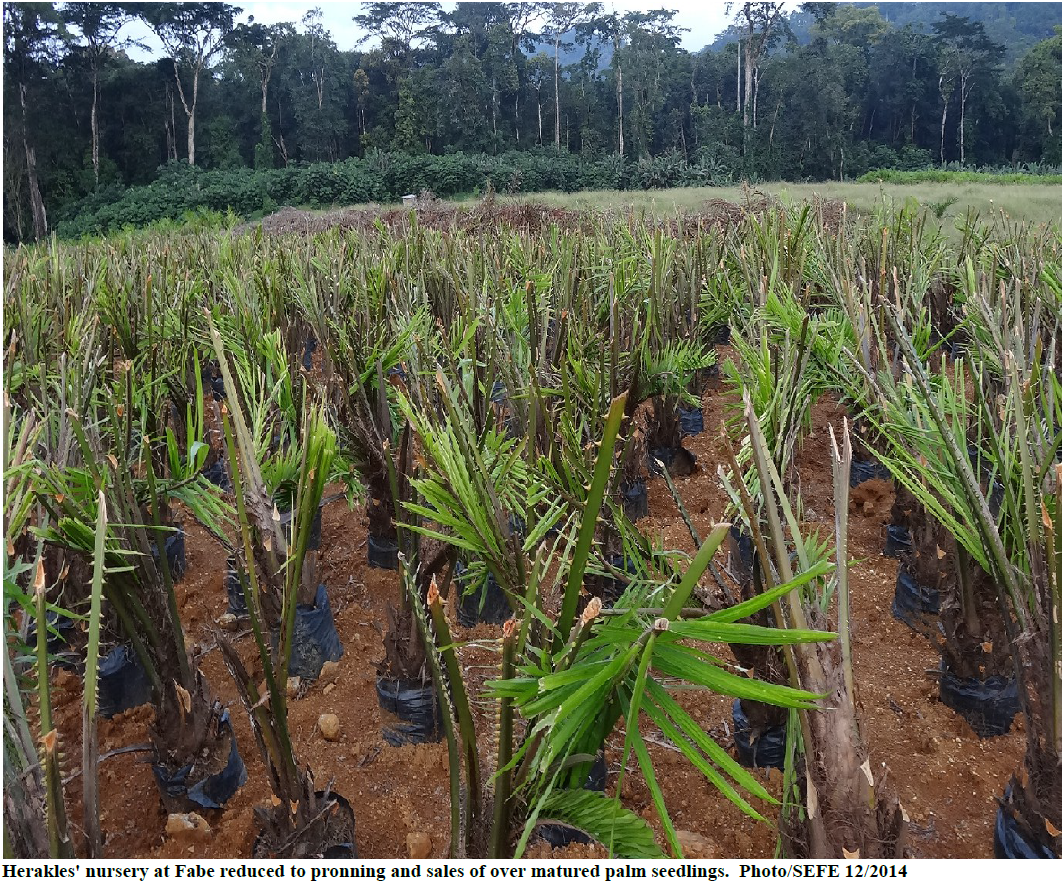 Nasako Besingi is the director of the organization SEFE (Struggle to Economize Future Environment) which has been fighting alongside local communities to protect ancient rainforests of southwestern Cameroon from plans for a massive palm oil plantation. Since 2010, U.S. investors Herakles Farms have repeatedly violated communities’ rights to give Free, Prior, Informed Consent as they moved forward with clear cutting rainforests that communities have traditionally used for small scale agriculture and foraging.  Beginning in 2013, Nasako has been pursued many times with legal charges brought by Herakles Farms, for alleged offenses of the publication of false news and holding an undeclared public meeting, among others.  Besingi was awarded the 2012 TAIGO prize for non-state actors and was nominated in 2014 as one of the most notable human rights defenders by the Jeune Afrique newspaper.

On November 5th, after a protracted and controversial legal process, Nasako was convicted by local Cameroonian courts on two counts of propagation of false news against the US agribusiness company Herakles Farms and two counts of defamation against two employees of the company. After more than 3 years and multiple judicial delays, Nasako has been ordered to pay 1 200 000 FCFA ($2400 US dollars) in fines or face up to 3 years in prison. He was also sentenced to pay damages of 10 million CFA francs ( $17,000 US dollars) to the two civil parties

“I am very surprised by the judgement, the charges against Nasako were trumped up charges and meant to put him away.” says Cameroonian lawyer Adolf Malle.

International organizations, spearheaded by Greenpeace, have been able to pay a bail, and Barrister lawyer Adolf Malle has appealed the case, which will be decided on November 12th.  To make a donation to Nasako Besingi’s legal defense fund, please contact danielle@cs.org.

Protests by residents and environmentalists have managed to stall the New York-based Herakles Farms’ project to a large degree. The company has only been able to cut down a few hectares of rainforest to date and had to downsize its plans considerably prior to that: Instead of the requested 70,000 hectares, the government approved plantations totaling a reduced 20,000 hectares.  In 2010, Herakles began illegally clearing the forest to establish oil palm nurseries, in the absence of a presidential decree authorizing the concession, which is required by law in Cameroon. Herakles farms also violated a court decision made in the town of Mundemba, where SEFE is based, to suspend all activity of its plantation following a complaint filed by local people. The company was found guilty of illegal logging by forestry officials in April 2012.

In April, 2013 during a meeting with investors, Herakles announced their intention to sell their 73,000 ha concession in 2018. But a Presidential decree signed in November 2013, granted the company 19,843 ha of land lease for just a 3 year probation period. The decree also demanded the company fulfill certain conditions which have not been met, notably in the development of social facilities, conducting an environmental and Social Impact Assessment (ESIA) in the new concession, and payments of rent to the government of Cameroon for the land being used.

It is now believed that Herakles has pulled investment from the plantation, leaving local Cameroonian subsidiary SGSOC to seek new investors.

Joining in support of Nasako Besingi and SEFE are Cultural Survival and the following international organizations: