Combatting Suicide Amongst Indigenous Peoples: An Interview with Pat Dudgeon 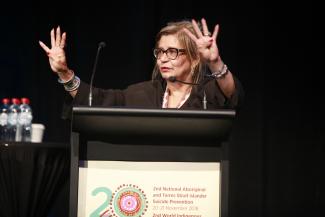 In 2018 and 2019, there was a continual increase in suicides amongst Indigenous Peoples, specifically in Australia. Why is this happening at such an alarming rate? What is the cause of these deaths, especially among the youth?

In Australia, Aboriginal and Torres Strait Islanders between the ages of 15-24 are almost 4 times more likely to commit suicide than non-Indigenous people in the same age bracket. The Australian Bureau of Statistics reported that suicide is the leading cause of death for Indigenous children ages 5-17. From 2014–2018, Aboriginal and Torres Strait Islander children accounted for close to 25 percent of all child suicide deaths.

To better understand the issue of suicide among Indigenous Peoples, Cultural Survival Indigenous Rights Radio Producer, Shaldon Ferris (KhoiSan), recently spoke to Pat Dudgeon (Bardi), director of the Centre of Best Practice in Aboriginal and Torres Strait Islander on Suicide Prevention at the University of Western Australia (UWA). She is a psychologist, professor, Fellow of the Australian Psychological Society, and Poche Research Fellow at the School of Indigenous Studies at UWA in Perth.

Cultural Survival: Is the spike in the Indigenous suicide rate a recent trend, or has it been on the rise for some time?

Pat Dudgeon: Indigenous suicides have always been a big issue. It’s probably gained a lot more national media attention in recent times, but it has been a growing concern in the last 40 years. Our Indigenous suicide rate is twice that of the general population, so it’s become a big, big issue.

CS: What are some of the leading reasons for Indigenous suicides?

PD: For any suicide there is a whole matrix of different issues and problems. We believe that it’s the history of colonization that Indigenous people have lived through. The country was taken over, there was genocide, people were removed from their countries and moved into missions and reserves. We went through a period we call the Stolen Generations, where people were forcibly taken from their families and put into institutions. In contemporary times, as well as having intergenerational trauma that’s been passed down, there are a whole lot of social determinants that impact Indigenous people. We have higher rates of poverty and incarceration, and racism is ongoing, so those are factors that contribute to suicide and bad mental health. It’s not a simple or clear answer. There’s a lot of grief and loss in the community, substance abuse issues, sexual abuse, and so on, but for Indigenous people, having that history of colonization and ongoing racism is certainly a big part of the story. 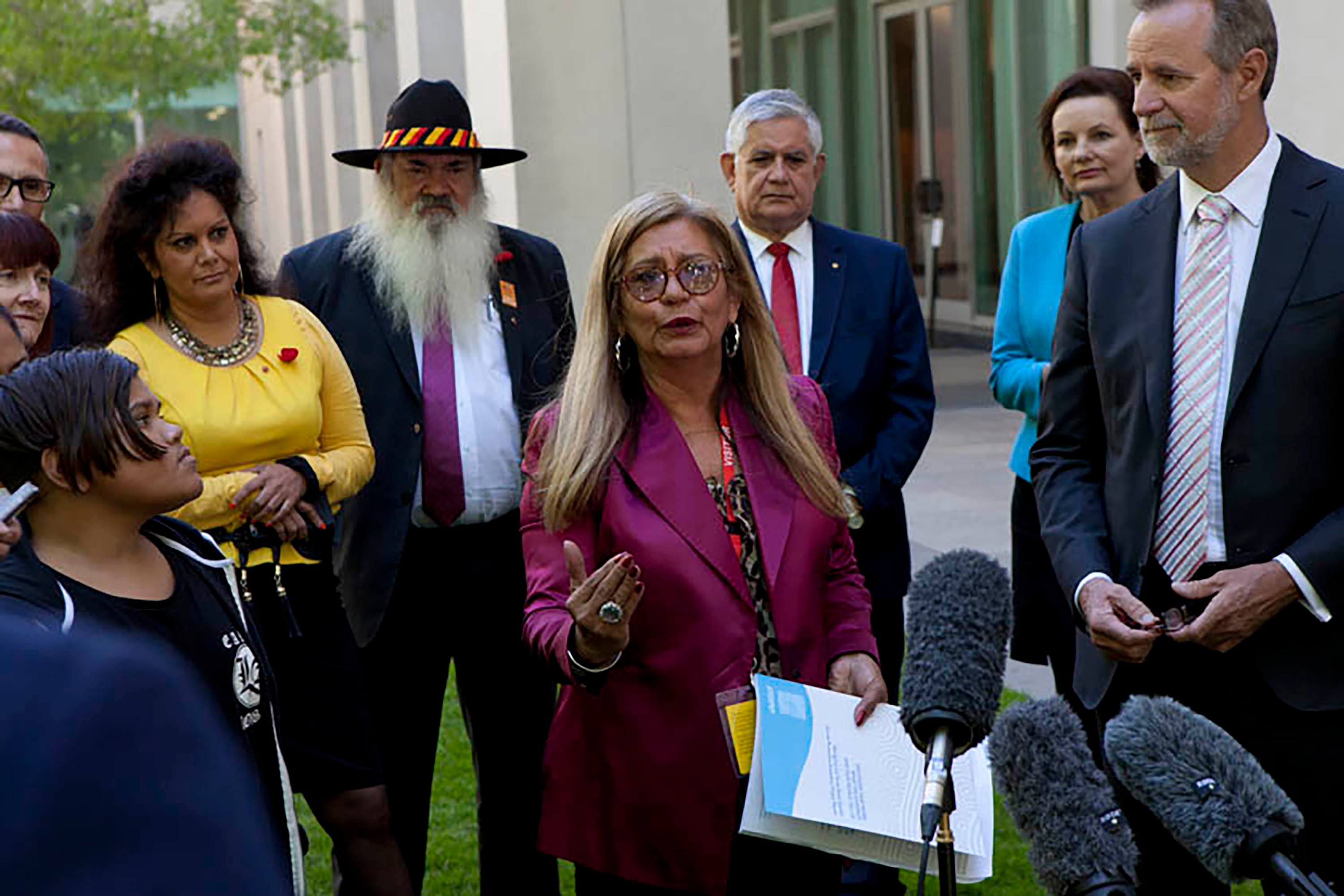 CS: Is a loss of identity due to the impacts of colonialism a factor?

PD: Absolutely. We’ve gone out and done workshops and roundtables with community people, and we’ve done empowerment programs. What amazes me is how people implicitly know that what the mainstream has done—what the State has done to them—is wrong. They’ve seen their mothers and grandmothers subject to racist acts and treatments. To have it explicitly taught to them, to say, ‘yes, this legislation happened and this was the impact,’ validates their experience, and people are very conscious to hold on and to strengthen their cultural identity. I think we’re in a process of remaking and restrengthening our cultural identity. Lucky for us, colonization has been a relatively short history compared to other countries. It could’ve been much more damaging. With Stolen Generations, some of those people were moved far away from home, and we have had some big initiatives called Bringing Them Home, which were about helping people come back to rediscover who their family or language group were, and to reconnect. Archie Roach (a local Indigenous singer) has written about the children coming home. That’s important for us, to ensure that we strengthen our identity and people build faith so they know who they are and their role in the future.

CS: Are there patterns of similar occurrences happening in other Indigenous communities around the world?

PD: Yes, it’s a very similar story. In November 2018, we held the second World Indigenous Suicide Prevention Conference. We ran it in a certain way where we privileged Indigenous presence and voices. When we formed our committees to plan the conference, we ensured there were youth representatives on there, elders, members of our LGBTQIA+ groups. Having the World Indigenous Suicide Prevention Conference was very important because we had people from Canada, New Zealand, the U.S., and so on, present. We looked at the global Indigenous suicide rates; they are very similar, it’s a similar story. So I think all Indigenous societies are in a greater or lesser state of recovery from colonization, and one of the markers is a very high suicide rate, much higher than the rest of the population. That was important to us, to come together as world Indigenous people and to share our stories and to share what the solutions could be. We are seeing a global movement happening, and that’s very important. I think we join up with our Indigenous brothers and sisters from other countries to talk, to learn from each other, and to share our knowledge and go forward. And, while we claim the right to have leadership in the discussion, there are certainly great nonIndigenous supporters and governments that support us as well.

CS: Do you think we should be talking to our respective governments about solutions, or should this issue be solved by us as Indigenous Peoples?

PD: Definitely from the people. The State has a very important role, and that is to give the resources to the people. It’s very important to ensure that resources are sent into the community. Our position is for Aboriginal people themselves. Unless they’re in charge of identifying the problem, the issues, and then implementing the solutions, we’re going to have very limited effective suicide prevention or any kind of programs. We know that culture, self- determination, and cultural reclamation is important. Both were assumptions on the work done by Professor Michael J. Chandler in Canada, where they did some research with First Nations people and showed that communities with little self-determination and little cultural reclamation had higher suicide rates. We also used the work of the Harvard Project on American Indian Economic Development in the United States, where they’ve shown that Indigenous communities that are much happier and have higher health rates are ones that are also exercising their self-determination. That’s very important for any group of human beings: they need to be there at the table, making decisions, being part of deciding what happens, how, when, and where.

CS: Is enough being done to reduce the Indigenous suicide rate? Do you think there’s hope?

PD: I’m optimistic. I think Australia is alarmed at what’s happening in its country. I think the government does want change to happen. I think the communities themselves want change to happen, because we had an elders group at our World Indigenous Suicide Prevention conference who were very vocal in what they wanted. They wanted a royal commission to look at the issue, and they were very vocal in what they thought the government should do. I think that all supporters of our society, whether it’s governments, whether it’s people on the ground, certainly the communities themselves, they want accountability and they want to be part of the discussion. So, I think things will change. I don’t think it’ll be an overnight solution, because it’s taken us years to get to this point. For some sections it might take time to turn this around, but it will be turned around.

CS: What message can we give the Indigenous person who is in a remote area somewhere, contemplating suicide?

PD: Firstly, don’t do it. Do not do it. Things will get better, but go and get help. It would be great if we could have a telephone crisis center that’s culturally appropriate and knows our values and our issues and can give immediate help. Counselors too, they need to be trained to be more culturally knowledgeable. But there will be people in your family and in your community who can help. In every family and every community there is usually one strong person, or more, who will help the others. We need to nurture those people. They’re the people we go to, and we’ve all got one or two in our lives, so go to those people, talk to them, get help from them.