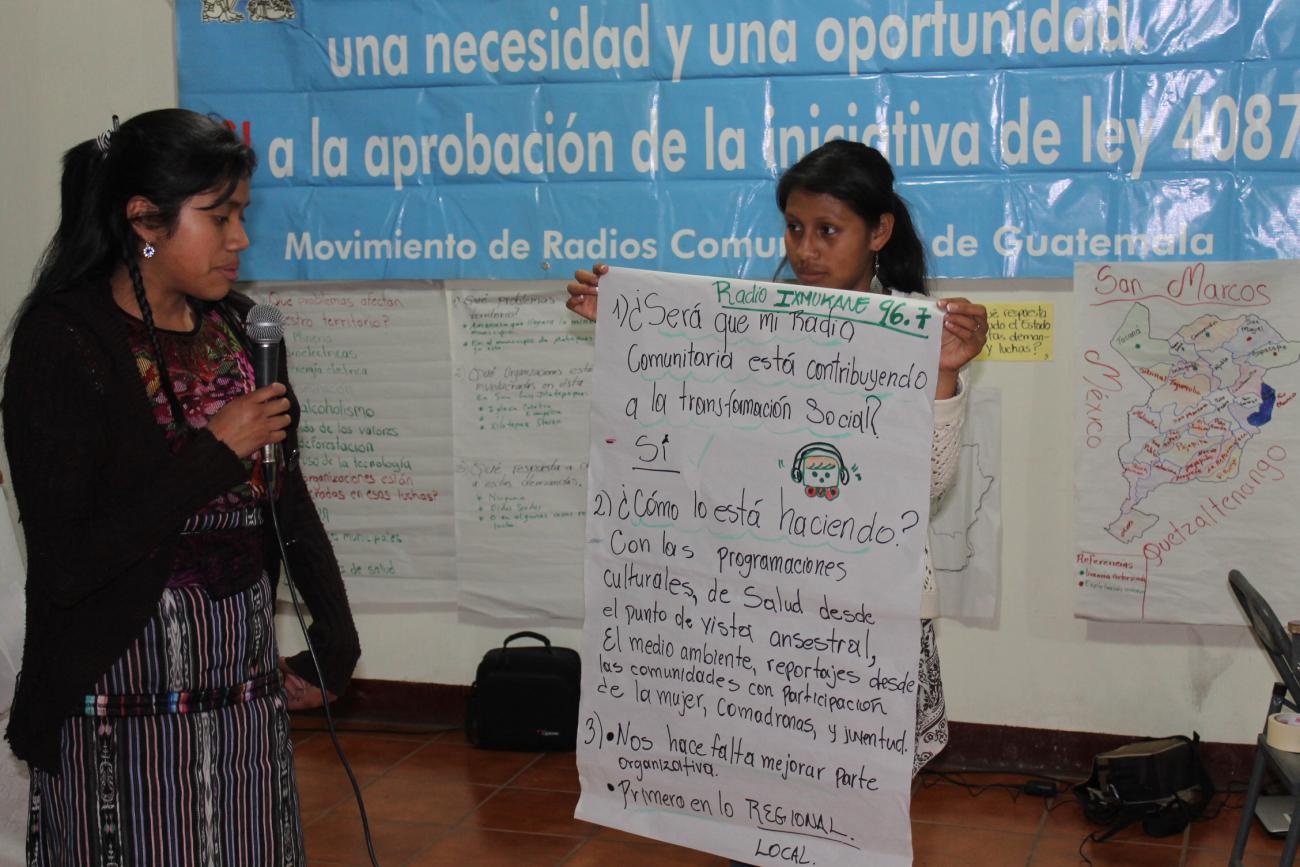 Two central leaders of the Indigenous movement in Guatemala gave presentations to the audience of radio volunteers on how they can more actively involve their community radio stations in the social movements for political change and the defense of the life and land of Indigenous Peoples.

Amilcar Pop, a current congressman who has been a major ally in the promotion of community radio, explained the process by which bills are created and made into law and take effect, and the ways that each radio can play a role in the final approval of the Bill 4087 for Community Media that would legalize community radio in Guatemala.

[[{"type":"media","view_mode":"full","fid":"61359","attributes":{"alt":"","class":"media-image","height":"600","style":"width: 550px; height: 426px;","width":"775"}}]]
Daniel Pascual (above) leader of the grassroots organization the Committee for Campesino Unity (CUC) presented a summary of the current political scene in Guatemala and the various threats Indigenous and campesino peoples are facing, including increased violence from the military, constitutional reforms to the nation’s mining law, and eviction and abuse of Indigenous Peoples at the hands of transnational companies investing in palm oil and extractive industries.

The volunteers brainstormed ways in which they can be more active in broadcasting these issues and instigating social change in their own communities.  They pledged to get in touch with their congressmen, to attend and live broadcast political demonstrations in their communities and nationally, and to discuss political initiatives that would benefit their community in regular programing, among other things.

As the last day of the conference coincided with annual Columbus Day “March of Resistance” in Guatemala City, conference participants spent time the night before creating placards and signs and slogans to promote community radio and the legalization of community radio through the approval of Bill 4087. Read about the march and see photos, here.