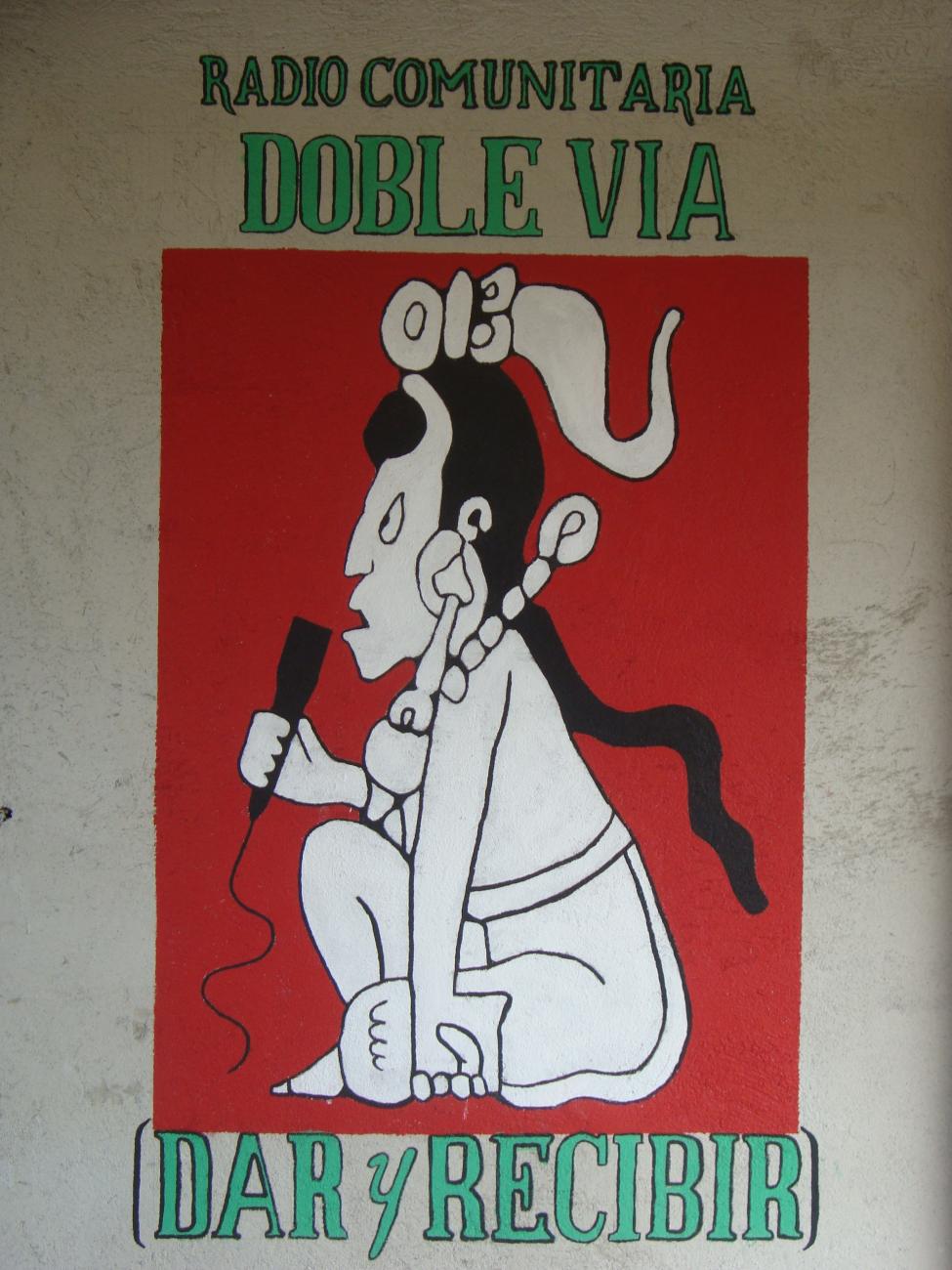 On Thursday, October 11th, the community radio station Radio Doble Via, of San Mateo, Quetzaltenango, Guatemala was raided by police and equipment confiscated.

At 10am, four agents of the Public Prosecutors Office and six members of the National Police forced entry into the station.  Due to an alarm system established by station founder Alberto Recinos, the community of San Mateo realized the station was in danger and arrived in numbers to defend the station, its personnel, and equipment.   Fearing the anger of a crowd, the officials fled the scene, taking with them one computer, one radio console, two microphones, and an audio recorder, valued at a total of $1,400.  "The console they took is invaluable for us," lamented Recinos.  "We had used that same console since 1982, to broadcast Voz Popular, the radio program of the guerrilla movement, from the top of the Tajamulco Volcano."

The community radio station Doble Via, “the voice of the youth and childhood” has been characterized over its 10 years of life as a truly community based initiative.  It’s programing is aimed at the construction of peace, and covers topics such as the 1996 Peace Accords, the environment, historical memory, Mayan cosmovisión, citizenship, community leadership, community organizing, preventative health, HIV, drug and alcohol addiction, self esteem childhood and adolescence, and gender equality. It promotes dialogue, tolerance, local sports, among other topics. Doble Via, as a form of alternative media, is operated and directed by 40 local youth.  It is supported by the mayor, local leadership councils (COCODE municipal), the Association Mujb’ab’l Yol, the health center, women’s groups, catholic and evangelical churches, and approximately 10,000 community members.

Indigenous Peoples’ right to their own media is guaranteed in article 16 of the United Nations Declaration of the Rights of Indigenous Peoples, and was promised in the 1996 Peace Accords that ended the Guatemalan civil war. Despite these promises, the Guatemalan telecommunications law does not allow licenses for nonprofit community radio; only commercial radio and government-run radio are allowed to operate legally.  Foreshadowing the event, two years ago a manager of the central American radio chain MEGA was found by community members photographing the antenna of Doble Via. He was present again on the day of the October 11th raid, leading the community to the conclusion that this company was responsible for encouraging the raid.

Community members are aware of their rights to community radio, and they know that their communities need the radio stations. They are determined to continue to exercise their rights and remain on the air even though they face the constant threat of being closed down by the government.  Alberto Recinos, founder of the radio station and director of citizen participation for Cultural Survival’s Community Radio Project, reacted to the raid with frustration but pride in the community’s quick reaction to defend their radio station. “They can steal the equipment from community radio stations, but they will never be able to silence the voice of the children, youth, men, women, and elders who urge this movement forward. No one is giving up.”  (Read the full press release by Asociación Mujb'ab'l Yol, in Spanish, here)

Cultural Survival deplores this action by the government of Guatemala. We urge the Guatemalan Congress to take action to pass the pending Community Media Bill (Initiative 4087) that would allow licenses for nonprofit community radio.

The mayor of San Mateo has pledged to help replace some of confiscated equipment to allow Doble Via to get back on the air, but Doble Via could use your help, too.  Visit our donate page to make a contribution to get Doble Via back on the air and to fund our efforts to pass legislation in Guatemala that will give community radio stations the legal protection they deserve.

Don't forget to take action encouraging lawmakers in Guatemala to approve the Bill 4087 that would legalize community radio, here.