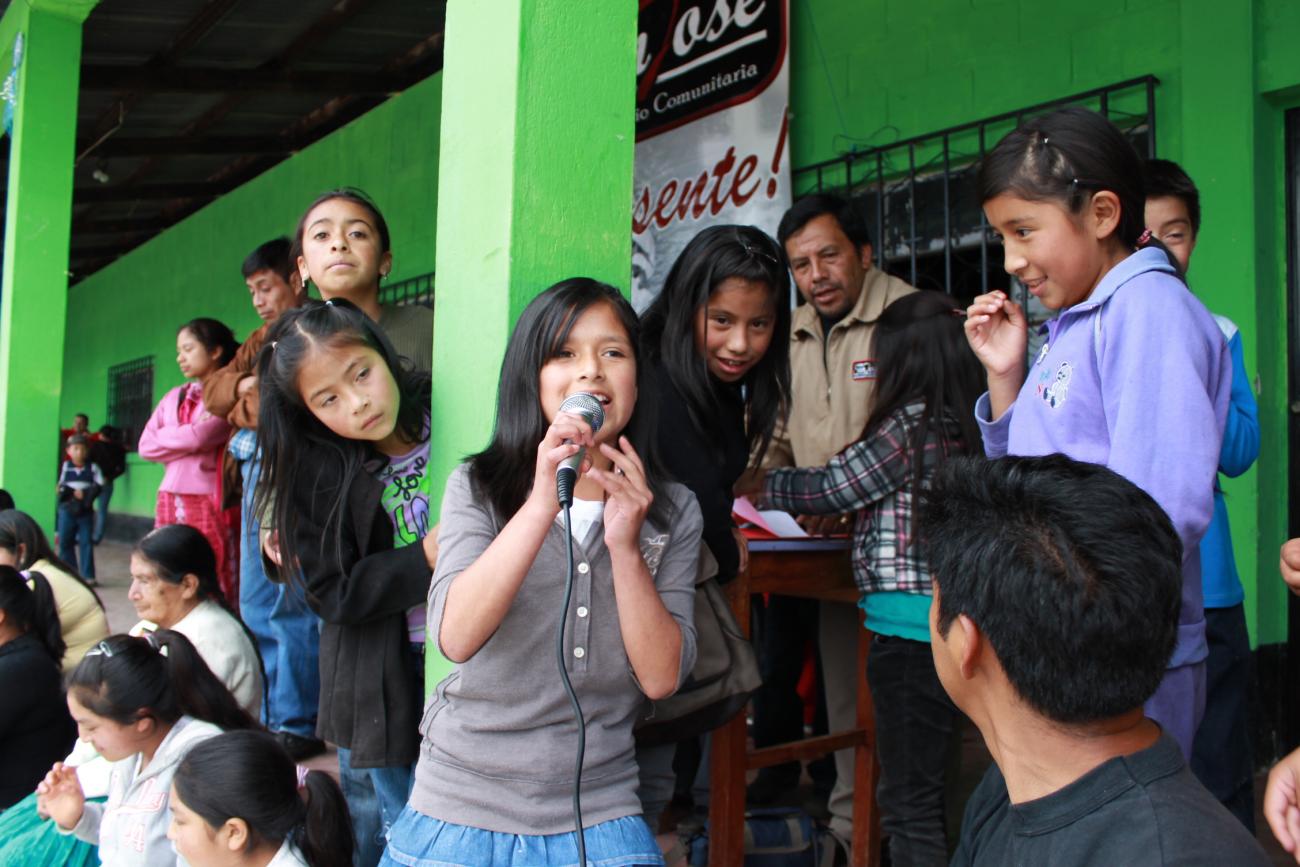 To demonstrate their role within the community, the Radio San José invited local police to participate in a program about delinquency and crime control. Like many communities, San José has faced an increasing problem with theft and crime as the area becomes more urbanized. Over the last five months, the station has asked listeners to call in to report any events of robbery of crime. They recorded more than 50 cases over 5 months, ranging form car theft to stolen hens.

Two local police officers spoke on the air about prevention and the procedures for reporting crimes.   “We really value the community radio’s role in the community here,” reported Inspector Monzon Aguilar. “They serve as a source of information for us, and to educate and inform the neighbors of the community.”  In the second hour of the program, the station took calls and text messages from listeners in a debate about traditional Mayan forms of punishment for crimes. “El Castigo Maya” as it is known in the area, has taken forms of public shaming, and even lynching.  The officers urged the community not to respond to crime with crime.

A debate arose over the rights of Indigenous Peoples to organize their own forms of organization and justice systems separate from that of the State under the UN Declaration on the Rights of Indigenous Peoples.  The host of the program highlighted non-violent forms of traditional punishment for theft, like cutting the hair of a person who has stolen, or assigning them work in the community.

Later in the afternoon, the Radio San José demonstrated how the radio can build safe spaces for peace and self-esteem for youth and children, hosting a soccer tournament in honor of the International Children’s Day on October 1st.
[[{"type":"media","view_mode":"full","fid":"61356","attributes":{"height":533,"width":800,"style":"width: 550px; height: 366px;","class":"media-image media-element file-full"}}]]

Samuel Gomez, the founder of La Voz de Palestina, characterized the meeting as a “fantastic learning opportunity.”  Next week, the stations will continue the exchange when those from San José travel to Palestina.

Photos: 1) Local police are interviewed in the radio cabin of Radio San José.  2) Samuel Gomez and Lesvia Mendez listen to presentations by the Radio San José team. On the wall above is a poster of the UN Declaration of the Rights of Indigenous Peoples, in Spanish.  3) Girls face off in an informal soccer tournament in the central plaza of San José Caben.